FAU was eliminated from the C-USA Tournament.

Winning two games in less than 24 hours proved too much for No. 12 seed FAU, which saw its season come to an end with a 72-46 loss to No. 5 seed Old Dominion in the second round of the Conference USA Tournament held in Birmingham.

“Hats off to ODU,” FAU coach Michael Curry said. “They are physical, a lot more physical than us. They’re not a tall team, but their body types are what we’ve struggled with all season. We had trouble keeping them off the boards.”

One night after out-rebounding Texas-San Antonio 46-27, FAU lost the battle of the boards to ODU 44-26, allowing the Monarchs to score 16 more second-chance points than the Owls, 22-6.

“I knew at the half we were in trouble because they had shot 43 percent in the first half, and only scored 31 points,” Curry said. “You know they’re a very high field goal percentage team, and they hadn’t made a lot of shots. You’re not going to stop [Trey] Freeman from getting [22] shots because he’s getting mid-range shots, and he’s getting places that are tough. We knew it was going to continue to wear on us.”

FAU trailed by only four at halftime but shot a measly 20 percent over the final 20 minutes, leading to only 20 points.

Center Ronald Delph led FAU with 16 points and seven rebounds before fouling out. Marquan Botley scored all 10 of his points in the first half. ODU held FAU senior Jackson Trapp scoreless in his final game as an Owl.

FAU completes the season with eight wins – one more than last year. Counting Tuesday’s victory over UTSA, six of those wins came against C-USA teams, compared to only two last season. 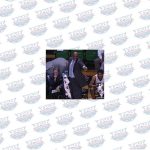 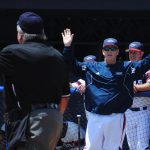