True, the inauspicious start to FAU’s basketball season, one that included an early season loss to NAIA school Warner, drove away almost any optimism pertaining to the Owls’ season.

The 2015-16 season already figured to be another season of irrelevance in the Burrow, and two wins in the first 11 games did little to alter that supposition.

However, there was a modicum of hope. Coach Michael Curry predicated his vision for the Owls on a two-big man system. Curry didn’t get his second tower, center Ronald Delph, who needed to sit out a year after transferring from Auburn in January of 2014, onto the court until the season’s ninth game.

The twin-big man approach seemed to earn validation in the Orange Bowl Classic, when FAU led late before losing to Florida St. 64-59. In that game C.J. Turman scored 10 points while grabbing 15 rebounds and Delph poured in a then-career high 12 points.

Curry dismissed Turman from the team after the sophomore failed to comply with stipulated behavior rules prompted by an accusation of domestic abuse. (Campus police investigated the allegation and did not find evidence that warranted arrest or prosecution.)

At the time of his release Turman had already developed into the Owls’ best player, leading FAU in scoring and rebounding.

With Turman gone, the Owls’ trudged through the remainder of the season in a similar fashion to which they opened the season.

The Florida St. loss became part of a nine-game losing streak. FAU did rally to win back-to-back games against Southern Miss and La. Tech – the latter coming on a thrilling comeback that served as the season’s high point. Those mid-January games marked the only time FAU won consecutive games all season.

FAU’s season did give fans a crumb to cheer about at the send of the season. When the Owls won their C-USA Tournament opener by blowing out Texas-San Antonio, Curry added something to his resume that predecessor, Mike Jarvis, never could – a postseason victory for FAU.

The Owls lost the following night, ending the season with an 8-25 record – yet another lost season from a program that can’t seem to find any traction.

A season loaded with upheaval begat a similar off-season.

Why it’s important: With Turman and Delph on the court simultaneously, FAU could see a path to relevance in Conference USA. Turman’s loss put a land mine on that path.

Curry’s system relies on post dominance. Watching Turman’s development during his time in Boca Raton imparted among many the belief that he could become an all-conference performer – the kind of player to build a team around.

Now he was gone.

The loss of Turman will continue to be felt over the coming years. Asking the 2015-16 Owls to compete for a conference title wouldn’t have been realistic, but Curry and Turman had the program heading in the right direction.

If Curry wants to continue to employ his low-post philosophy he’ll have to find a big man capable of matching Turman’s bulk and athleticism. Locating impact players with a frame, feet and touch similar to the 6-foot-9, 250-pound Turman isn’t easy. Convincing those players to come to Boca Raton to play at the Conference USA level? That takes a true salesmen.

Curry might be able to pull off such a feat – after all, he did convince Turman to come to FAU in the first place. But even if he finds a suitable replacement, that player will likely need at least a year to develop his skills on the college level.

Dismissing Turman? Probably the right decision. It did, however, set the basketball program’s development back at least another year – probably more. 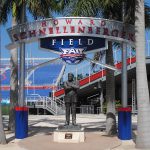