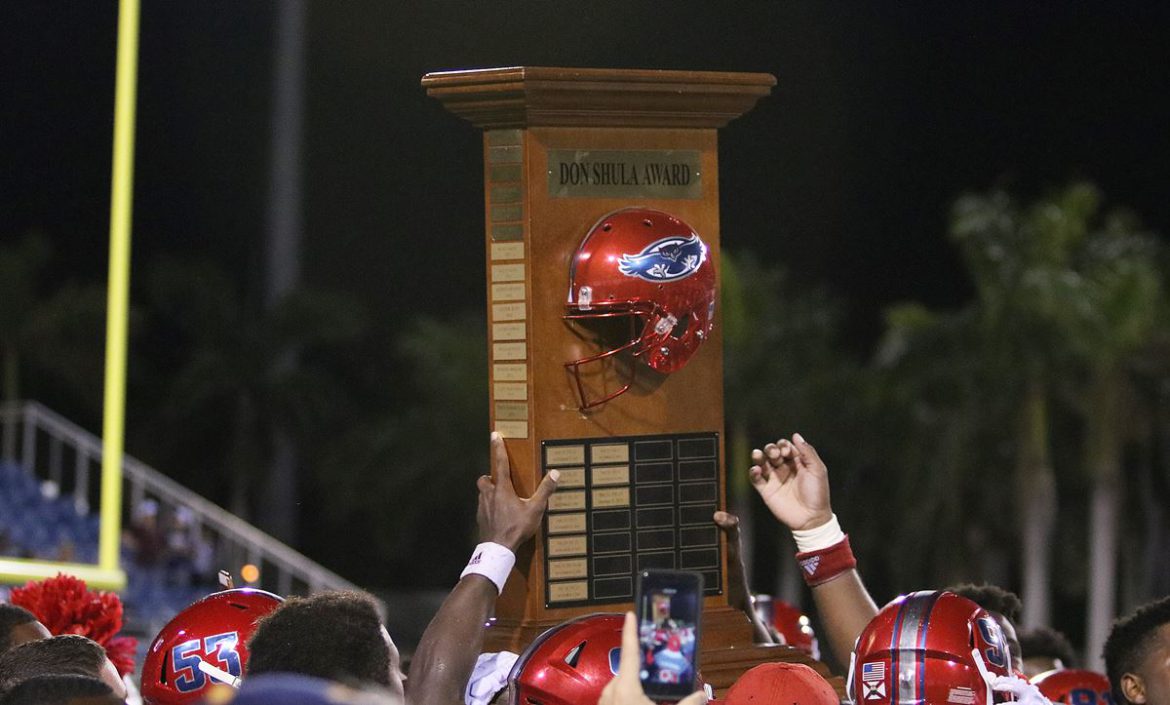 “Rivalries, especially when they are close like this – almost the same city like UCLA/USC, different than maybe like rivalries Alabama/Tennessee – these kids have played each other so much, so many local kids,” Kiffin said. “I think that adds to it.”

Last season the Owls converted that energy and emotion into points and defensive stops, pounding the Panthers 52-24.

As the clock ticked away its final seconds Kiffin watched with a level of surprise as his players raced to the table at the corner of the end zone that displayed the Shula Bowl trophy, which the winning team keeps for a year.

“The kids were very excited,” Kiffin said. “I didn’t know about the trophy in the end zone thing. You could tell how excited they were to go get that – it was very meaningful.”

At that point in the season the Owls were a team on the rise, racing toward the Conference USA championship in Kiffin’s first season. FIU was an improved team in former University of Miami coach Butch Davis’ initial season, but FAU was the talk of Conference USA.

The roles are reversed this season. Winners of their last four and undefeated in C-USA play, FIU (6-2, 4-0) leads the East Division, is already bowl eligible, and appears primed for a run to its first C-USA championship game berth.

“He’s done a great job,” Kiffin said of Davis. “It started last year and it’s carried over into his second year. He’s really done a great job wherever he’s been. He’s a really good coach and recruits really well and hired a good staff.”

Kiffin’s second season hasn’t been as kind. The Owls (3-5, 1-3) are riding only the second two-game losing streak of his tenure. Championship dreams exist only for the most mathematically savvy of players.

An offense that struggled in recent weeks played most of Friday’s loss without starting quarterback Chris Robison, who injured his left ankle in the loss at Marshall the previous week.

Graduate transfer Rafe Peavey made his first start as an Owl, but was largely ineffective. Looking to spark the vertical passing game, Kiffin inserted Robison into the game late but the move didn’t lead to points.

Robison didn’t appear to aggravate the injury during his lone drive, and even ran the ball a couple of times. 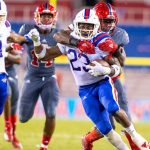