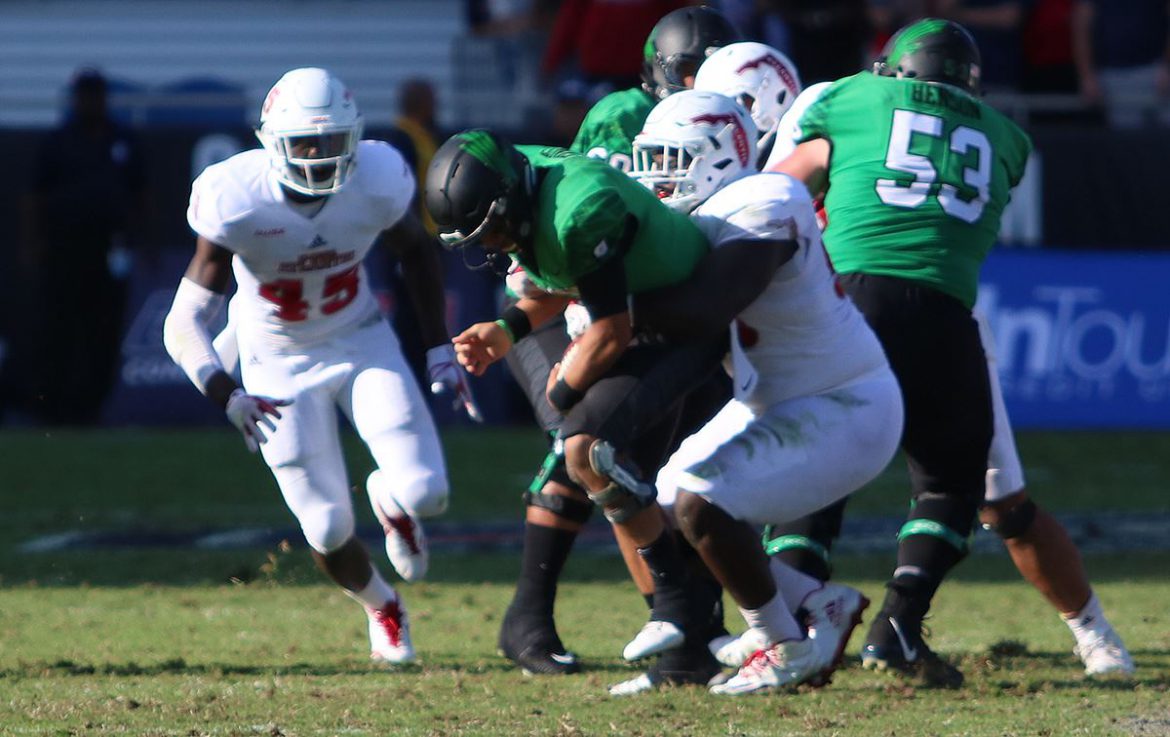 BOCA RATON – Quarterback sacks can be game changers, but defenses can’t be successful if they don’t stop the simplest of plays first – the run up the gut. One common trait shared by all three FAU bowl teams is that they forced offensives to go the long way for scores.

Today we examine the guys responsible for clogging the middle, ranking the Top 5 defensive tackles in FAU program history.

5. Steven Leggett (2015-Present): Partnered primarily with Jeremiah Taleni, Leggett proved to be an immovable object on last season’s FAU team that won 11 games, the Conference USA championship and the Boca Raton Bowl title. Leggett saw game action at one of football’s toughest positions as a true freshman, started the past two seasons and still has one year of eligibility remaining. He’s already amassed 75 tackles, including 9.5 tackles for loss (2.5 sacks) – statistics that will only grow larger in his senior year. Jarvis Givens and Dino Cox received consideration here.

4. Shalom Ogbonda (2012-16): The 6-foot-4, 290-pounder finished his career strong – recording 17 of his career total 106 tackles during his final two games in an FAU uniform. Ogbonda parlayed his 8.5 tackles for loss and two sacks into a training camp tryout with the New York Jets following his FAU carer.

3. Jervonte Jackson (2005-08): FAU’s big man in the middle of its first two bowl teams, Jackson is credited with 153 tackles during his career. He made 13.5 of those tackles in the backfield – 6.5 of them being sacks – and twice earned second-team All-Sun Belt honors before being promoted to the first team in 2008. Jackson signed a free agent contract with the Philadelphia Eagles following his graduation, but didn’t make the regular season roster.

2. Brandin Bryant (2012-15): Arguably the most athletic player ever to play defensive tackle at FAU, Bryant recorded 121 tackles, including 27 for loss – the latter of which ranks sixth in program history. His 13.5 career sacks rank fourth at FAU, with five of those sacks coming as a senior. Bryant’s impact at FAU would have been even greater had he not battled knee injuries. After leaving FAU Bryant spent time with the Seattle Seahawks and the New York Jets. He’s currently playing for the Winnipeg Blue Bombers in the CFL.

1. Trevon Coley (2012-15): A four year starter for the Owls, Coley tallied 195 tackles during his FAU career. His 12.5 sacks tie for fifth in FAU history and are part of his 22 tackles for loss. Coley also had a nose for the football, recovering four fumbles, forcing two more and even intercepting a pass. Coley earned All-Conference USA honors following his senior season along with an invitation to play in the East-West Shrine Game. FAU’s best defensive tackle ever signed with the Cleveland Browns as an undrafted free agent, where he registered 41 tackles, including two sacks, as a rookie. 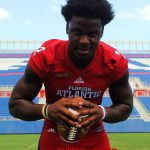