Title Time
After years of being at or near the bottom of Conference USA, FAU's rocket ride to the C-USA champonship is the No. 2 FAU sports story of the year. 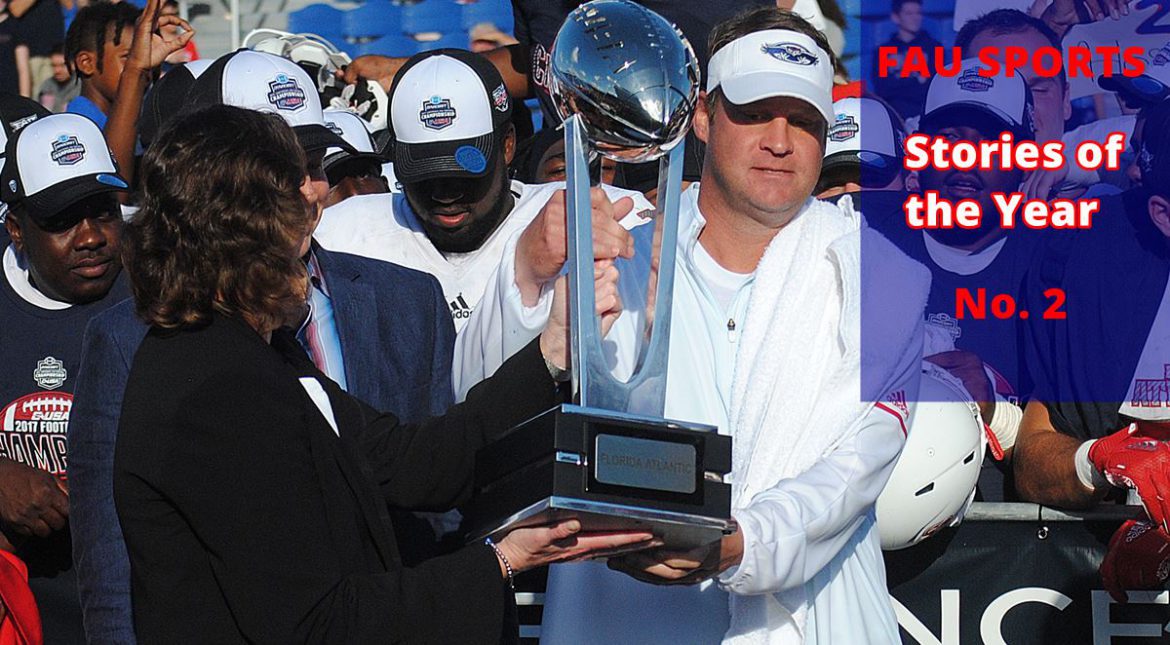 The Owls, though, opened C-USA play by avenging an embarrassing loss at MTSU the year prior, defeating the Blue Raiders 38-20.

From there the Owls never looked back. The following week Jason Driskel rushed for four of FAU’s eight rushing touchdowns, part of a 58-point outburst in a blowout of Old Dominion.

A week later the Owls tore up their own record book by torching what was thought to be a pretty good North Texas team 69-31.

After beating defending C-USA champ Western Kentucky by two touchdowns, the Owls downed traditional C-USA power Marshall 30-25 in what turned out to be the only FAU conference game decided by single digits.

FAU won its remaining three C-USA regular season games by at least 19 points, landing the Owls in their first ever conference championship game.

The rematch against North Texas wasn’t as high scoring, but was never really in doubt. The Owls pounded the Mean Green 41-17 before fans joined them on the field to celebrate the first Conference USA football title in program history.

Winning the conference title is the goal of every football team at the start of the season – a goal Lane Kiffin reiterated on Wednesday during FAU’s #WinningInParadise coaches tour.

In Kiffin’s first year, FAU did exactly that in dominating fashion.

Prior to Kiffin’s arrival, FAU had been more chump than champ in Conference USA play. Since joining C-USA for the 2013 season, the Owls had never won more than four conference games in a season.

The Owls left little doubt as to the best team in Conference USA.

The season culminated with a Boca Raton Bowl victory a couple weeks later, and while winning that game proved to be a nice reward for FAU, winning the Conference USA title game – and the eight games prior – is the bigger accomplishment.

And that run set FAU up as the favorite to win the C-USA title in 2018.

Title Time
After years of being at or near the bottom of Conference USA, FAU's rocket ride to the C-USA champonship is the No. 2 FAU sports story of the year.
was last modified: June 22nd, 2018 by Chuck King
0 comment
1
Facebook Twitter Google + Pinterest 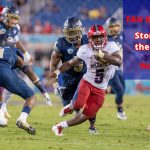 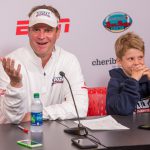