The Wright Track
FAU coach Lane Kiffin hopes that Willie Wright's touchdown last week is a sign that the dimunitive receiver is one again finding his explosiveness. 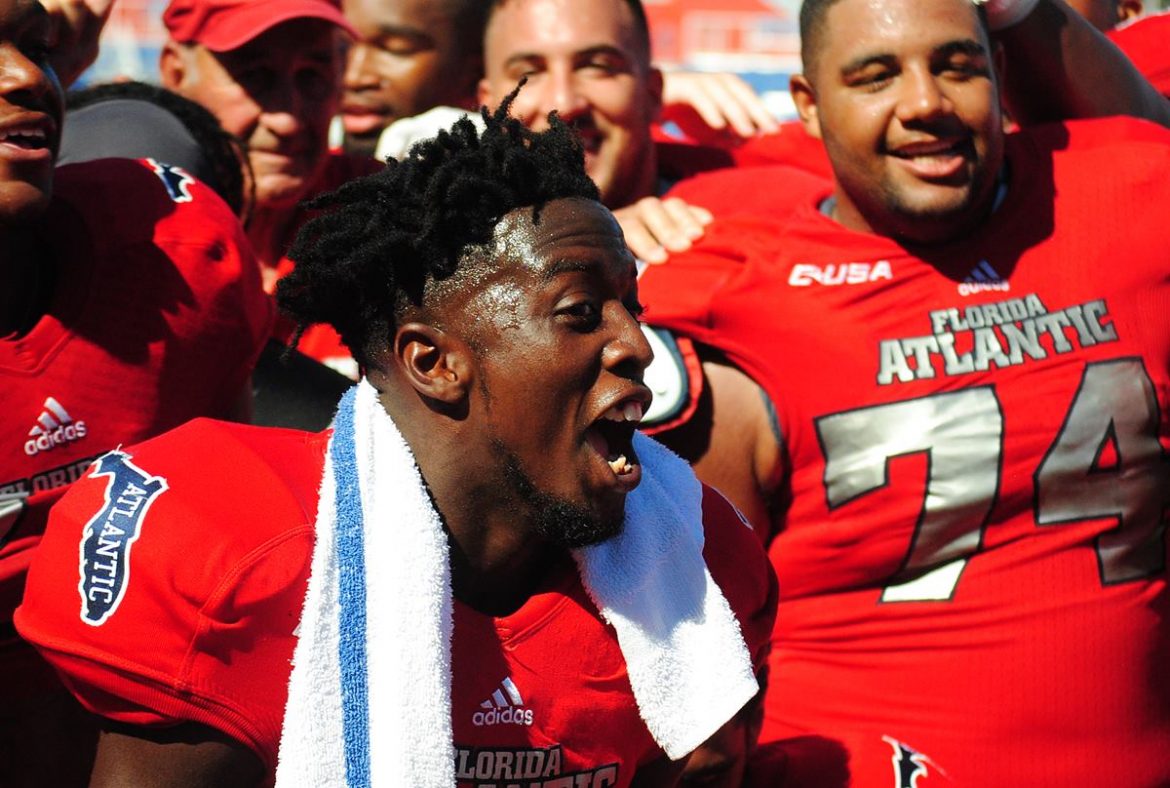 Kiffin and the Owls hope Willie Wright’s first touchdown in more than a year is a sign that the dynamic slot receiver is reverting for his former explosive self.

“He has been through a lot,” Kiffin said. “It was good to see because he has had two really good weeks of practice and has been making some big plays in practice. It was great for that to carry over in the game.”

Rather than exuberance, Wright says he felt “relief” as he crossed the goal line on Saturday.

“It felt good – got a monkey off my back,” Wright said.

It’s foolish to make vast declarations about player performance based on one play. More telling is that teammates have recognized the re-emergence of Wright during the past three weeks of practice.

“You could just see he was being brought back to life, kind of,” quarterback Chris Robison said.

A Conference USA All-Freshman selection following the 2017 season, Wright began the season as the Owls’ starting slot receiver. But after catching only three passes and accounting for negative yardage through three games he had lost his job to USF transfer DeAngelo Antoine.

“Fourth game of the season I had to realize it’s not all about me and had to be a team player,” Wright said.

Trying to motivate Wright, who admitted a vicious illegal hit sustained late last season against FIU still lingers in his mind, Kiffin busted the junior down to third string.

Kiffin removed the dark visor from Wright’s helmet, pulling the diminutive receiver away from his comfort zone and leaving him no place to hide.

After scoring the touchdown against ODU, Kiffin rewarded Wright by having him lead the Owls in their celebratory locker room tradition of singing the school fight song.

“It was a process,” Wright said. “I had to go through it. I had to get my mind back in place and stop letting the little things get to me.”

“Willie has helped me a lot transitioning to slot,” Antoine said. “He would sometimes be the pick up guy, say ‘Come on D-Low’ which would give me the life to go.”

Wright’s continued emergence would give the Owls two credible threats in the slot. As a freshman he caught 56 passes for 657 yards and six touchdowns from that spot.

FAU may also be closing in on another contributor at the outside receiver spot. Redshirt senior James Brunson caught passes in consecutive games for the first time in his career, and Robison’s ill-fated flea-flicker attempt at ODU was intended for Brunson.

“I feel like we started giving him a chance and he’s making plays when he gets his number called,” Robison said. “I think we’ll start to see a little bit more of Brunson.”

The Owls are still looking for a consistent contributor at the other outside receiver spot.

DeAndre McNeal is currently running with the second team, but he’s yet to catch a pass since transferring back to FAU from SMU. 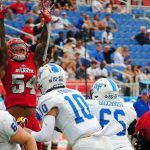