The Breakdown:
FAU vs. Charlotte 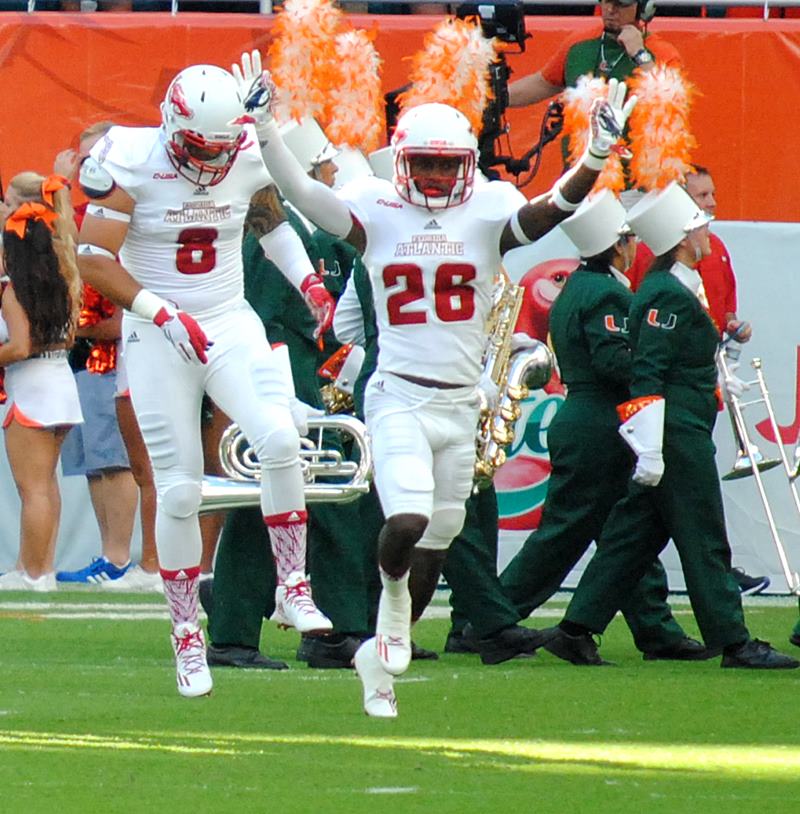 Key for FAU: Run the ball. Recent games indicate that a dual-threat may be emerging in the Owls’ backfield. Buddy Howell provides explosive plays. Against FIU, Devin Singletary continued his emergence as a bona fide threat. The Owls need to control the line of scrimmage on offense to give their defense a rest.

Key for Charlotte: Don’t get rattled. Hurricane Matthew ensured this would be a tough week. A couple early big plays by FAU could have the 49ers wondering if the trip to Boca Raton was worth it. When the Owls do hit a big play, Charlotte would be wise to remember that throughout the seasons opponents haven’t had much trouble rebounding against FAU with a drive or big play of their own.

Key Match-up: FAU’s defensive front seven vs. Charlotte’s quarterbacks. FAU coaches praised Charlotte RB Robert Washington all week, calling him one of the best ball carriers in Conference USA. But the Owls struggled all season to contain quarterbacks on the run – particularly ones operating the read option. Two of Charlotte’s three quarterbacks like to keep the ball in their hands. If the Owls can contain the 49ers quarterbacks on the ground, the rest should take care of itself.

Game Day Changes: Parking lots will open at 8 a.m., with the student tailgate lot opening at 10 a.m. Parking in lots normally designated as “cash lots” will be free. Valet will be open, but reduced staff availability means valet pass holders will have the option to park at either of the valet location, yellow lot, silver lot, or on level two and three of Garage III to assist with wait times. For season ticket holders, seats will be honored, provided the ticket holder brings the ticket. Access to the Delray Acura Club, Loges and Suites will be limited to ticket holders for those sections.

Getting Offensive: FAU’s isn’t the only struggling defense that will be playing at Howard Schnellenberger Field on Sunday. Charlotte’s is statistically worse than FAU’s, allowing 44.2 points per game. Only two teams nationally are giving up more points. Offenses, start your engines.

Hard to Replace: FAU knew going into the season it would miss graduated defensive tackles Trevon Coley and Brandin Bryant, both of whom were invited to NFL training camps. But nearly halfway through the season they are still looking for answers in the middle. “Two NFL D-tackles, obviously you are going to lack a little bit when you try to replace those guys with a couple of true freshman, then you lose Ray [Ellis to a knee injury], who was another really good player,” FAU defensive coordinator Roc Bellantoni said. “Three really quality guys at that spot. You’ve got some young guys who are coming on but they’ve got to continue to get better.”

Getting Healthier: It’s no coincidence that guard Roman Fernandez returned to the Owls offensive line last week after missing two games with an undisclosed injury and the Owls rushed for 236 yards. “Getting Roman back was big,” FAU coach Charlie Partridge said.

Make The Catch: FAU spent much of the week working on pass catching after intended receivers dropped half-a-dozen or so passes in the Shula Bowl loss. To remedy the problem, the Owls went back to basics. “As a pass catcher, get around, get my eye on the ball, look it in all the way to the tuck,” Partridge said. “Simplify the process. Don’t think about, I have to get this first down, because right now our kids so desperately want to win for their family and their fans and these coaches and each other that we need to do a good job as coaches and as teammates of reminding them, look it all the way to the tuck and do what you’ve done eight million times.” 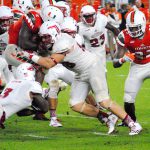 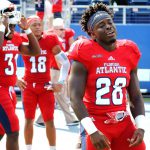