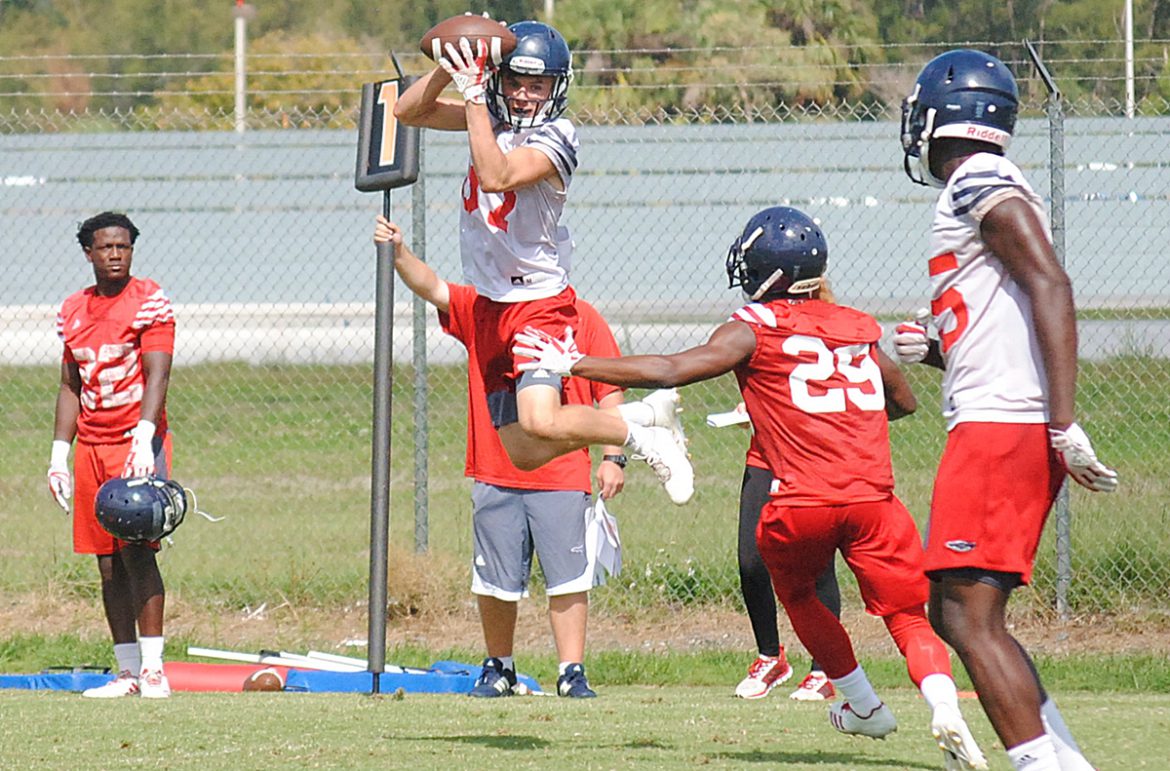 He spent the entire practice trying to keep a secret.

During warm-ups coach Lane Kiffin pulled Cousart aside and told him that after practice he’d single out the redshirt senior and, in was is now common Kiffin practice, would seemingly begin to criticize him before abruptly changing course and announcing in front of the team that the wide receiver earned a scholarship.

“I love to act,”Cousart said. “He kind of filled me in on the skit. ‘We’re going to do this. Just sell it.’ So all practice I was trying not to think about it.”

“I can’t really explain it but it was such a great feeling,” Cousart said. “All my hard work just paid off.”

In the seventh game of the season at Marshall, a defender hit Cousart low, breaking his leg in such gruesome fashion that doctors wouldn’t allow him to fly home with his teammates.

Cousart didn’t arrive back in Boca Raton until a few days later. The injury forced him to miss the remainder of the season and spring practice.

He returned to the practice field with full clearance at the start of fall camp, and works as either the second- or third-string slot receiver, depending on whether Kiffin is employing USF transfer DeAngelo Antoine at slot or wide out that day.

Cousart is also once again in the mix to return punts.

“I hope it inspires everybody,” Cousart said of his scholarship award. “I’m a prime example of someone you don’t expect to do this.”

Kiffin is feeling especially generous this week. On Monday he awarded a scholarship to guard Nick Weber.

“He is one of my best friends,” Weber said of Cousart on Wednesday. “So it was good to see that.”

Position Spotlight: With Calvin Ashley out of the picture, the battle for starting right tackle has grown more intense. FAU moved second string left tackle Doug Johnson over to the right side to back up Marquice Robison. Both are redshirt freshman. When Robison missed a block on the first play of one of the full-team periods, coaches immediately called for Johnson to replace him. Another redshirt freshman, Devin Hayes, had been backing up Robinson, but Hayes spent Wednesday in the black non-contact jersey, prompting even more shuffling along the second-team defensive line. The versatile Ean Biancardi moved from left guard to left tackle. Guard Deon Humphrey switched sides, filling Biancardi’s right guard spot. Center Jared Nourse is back after missing a few practices, allowing the Owls to slide true freshman Federico Maranges from center to his more natural guard spot. With Johnson now at left guard, it will be interesting to see where Hayes slots upon his return.

Quarterback Battle: For the third consecutive day Justin Agner watched practice from the sideline. Agner left Saturday’s scrimmage early because of an illness and hasn’t dressed for practice since. As fall camp rolls on, Chris Robison’s confidence continues to grow. He led the offense on a long touchdown drive in the two-minute drill thanks in large part to a Tyrek Tisdale turning a screen pass in to a near 50-yard gain. One play later Robison found Antoine in the back of the end zone for a score.

Making Plays: It will be hard to top this one for the play of the spring. Malcolm Davidson took a hand-off in his own end zone, found a hole on the right side of the line, then raced 99 yards untouched for a touchdown. The man has speed… 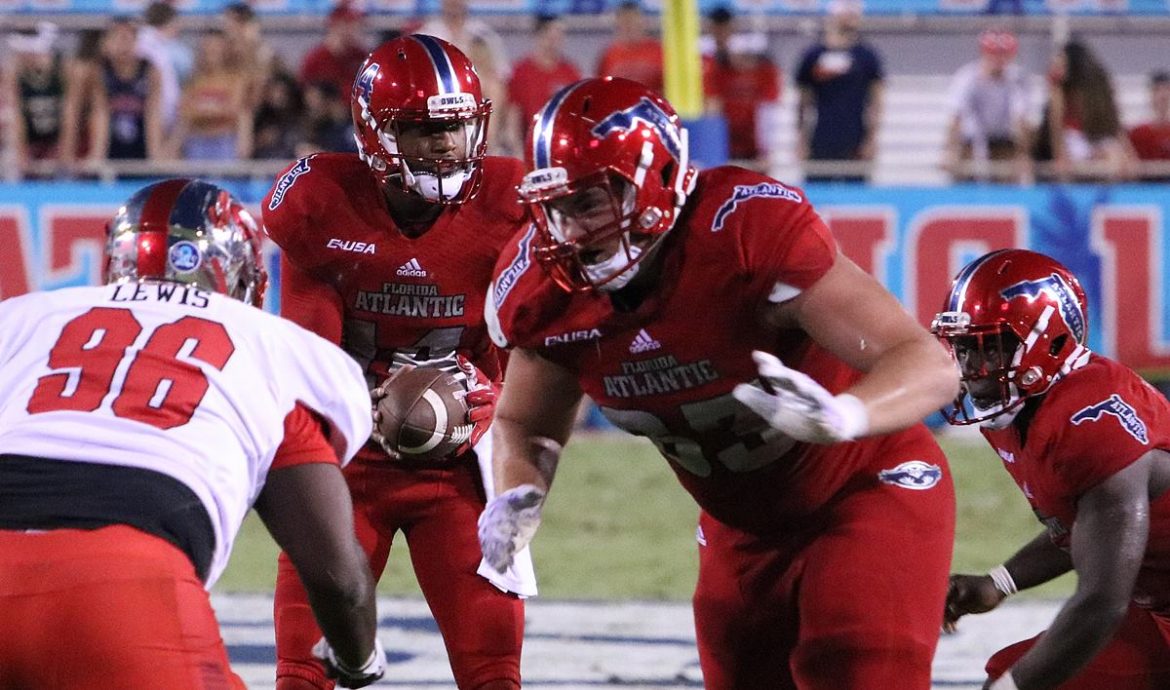