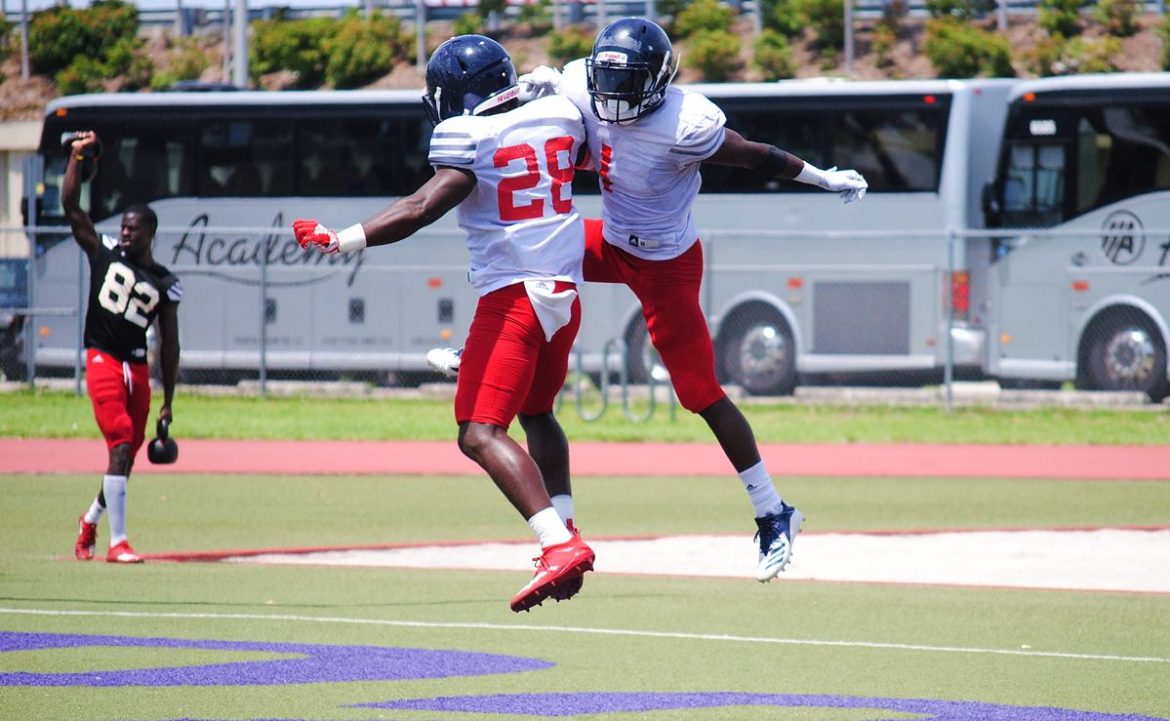 MIAMI – FAU’s defensive players admitted to being frustrated with their play in the first spring scrimmage.

They took out those frustrations on Saturday at Moore Park.

The Owls’ defense played faster, made more big plays and limited explosive plays during the second spring scrimmage. In short, they dominated the FAU offense.

On Saturday the offensive coaches were the ones cringing. Quarterbacks made bad reads, running backs couldn’t find holes and receivers, well, they didn’t receive.

“It was a little bit of everything,” quarterback Nick Tronti said.

What did we learn on Saturday? Here are the six items you crave.

1. FAU’s secondary improved significantly in one week. The Owls intercepted three passes and did a much better job getting their hands on balls. They also didn’t allow many explosive plays, and the ones that did occur can be attributed to good efforts by offensive players rather than blown defensive assignments.

2. The offensive line is beat up. Starting guard Nick Weber didn’t practice on Thursday nor did he participate in Saturday’s scrimmage. Interestingly, instead of elevating JUCO transfer Lavante Epson to the starting spot, walk-on Deon Humphrey assumed the role. Starting tackle Brandon Walton and reserve guard Ean Biancardi also missed significant time on Saturday. As a result, the line lacked continuity and didn’t open any holes.

3. Receivers ran wild last week. They didn’t on Saturday. Pico Harrison once again sat, with James Brunson worked on the first team in his place. The depleted unit struggled to find open space on Saturday, and when they did they seemed to drop as many passes as they caught.

4. Leighton McCarthy’s in the middle of things. Spring is a time for experimenting, and the Owls did that on Saturday by giving defensive end Leighton McCarthy first-team snaps at middle linebacker. The redshirt junior looked surprisingly comfortable there, though with the defense not tackling it’s difficult to make an accurate assessment. Akileis Leroy dressed for the scrimmage but barely saw the field.

5. FAU’s ground attack was nonexistent. Running attacks usually suffer in scrimmages where tackling isn’t allowed. Such rules take away their innate ability to amass extra yardage by breaking tackles. Still, starting running back James Charles did absolutely nothing. B. J. Emmons did nothing that stood out. Through two scrimmages the Owls only have one rushing touchdown from a running back.

6. Damian Horton is surging. With McCarthy taking snaps at linebacker, Horton spent plenty of time with the starters. The redshirt senior defensive end looked like he belonged. He pressured quarterbacks, thwarted ball carriers and proved to be an all-around disruptive force. Horton is one of the nicer surprises of the spring thus far.

Extra Point: A bad day behind center. Tronti clearly appeared to be the better quarterback during the first scrimmage. That wasn’t the case on Saturday. Tronti tossed a couple of interceptions and fumbled once. JUCO transfer Justin Agner had the better statistical day – two touchdown passes, one interception – but neither looked like a quality choice to lead the Owls’ offense. FAU still has two weeks of spring football and an entire fall camp to sort out its quarterback issues, and Chris Robison may even return from his suspension, so there is time. But Tronti over Agner may not be the runaway it initially seemed.