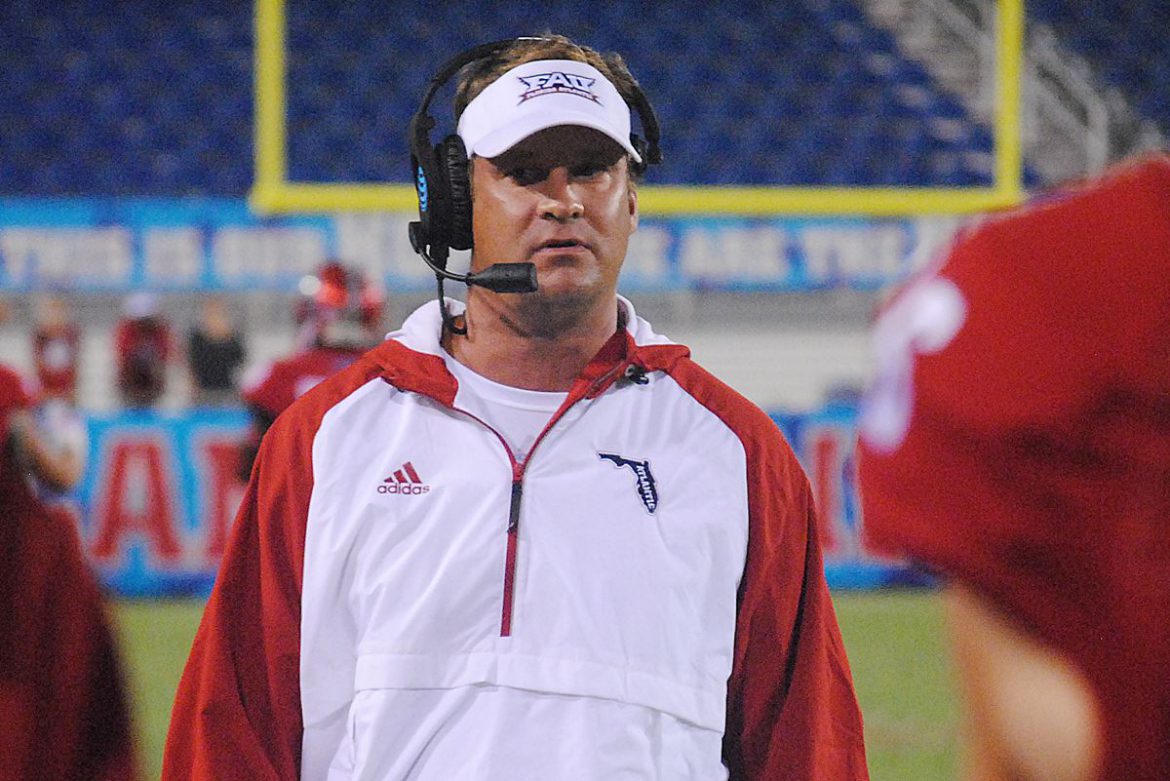 Role Review
At FAU season's midpoints, Lane Kiffin challenges his assistants to use the current bye week to identify talented reserves and create new roles for them.

BOCA RATON – Not satisfied with a .500 record midway through his first season, Lane Kiffin instructed his coaches to spend the bye week searching for new ways to allow talented players buried on the depth chart to contribute.

“There’s some good players that aren’t playing,” Kiffin said. “That doesn’t mean that we’re playing the wrong guys. Just, we’ve got to find a role for them and see if they can [do it].”

Kiffin didn’t name names, but junior college defensive end Tim Bonner, brought to FAU to make an instant impact in the pass rush but primarily a special teams contributor thus far, could be one such player. Offensive guard William Tuihalamaka, a transfer from San Diego St., could be another example. former Florida St. LB/DE Kain Daub has struggled to find playing time.

The Owls are also trying to find new ways to incorporate wide receiver John Franklin’s speed, utilizing him as a direct snap option in Saturday’s 58-28 victory over Old Dominion.

The Owls enter the current bye week winners of consecutive games and three of their last four. FAU sits atop Conference USA’s East Division with a 2-0 record, owning momentum and a relatively healthy roster. That makes this far from the ideal time for a bye.

“When you’re playing really well it would be good to stay in rhythm, but we’ll embrace it,” Kiffin said.

The Owls will practice Tuesday, Wednesday and likely Thursday before receiving the weekend off, placing an emphasis on tackling, kick-off returns and improving the passing game.

FAU rolled to 453 rushing yards against Old Dominion but managed only 97 through the air, prompting Kiffin to refer to Saturday’s passing game as “probably as bad as it’s ever been.”

The assistant coaches will also hold one-on-one meetings with each player in their units, providing evaluations as to how they can improve their games.

Kiffin said the Owls won’t turn their focus to North Texas, their next opponent, until next week.

“We look at it as trying to get everybody better and like, we [said when we] met yesterday, Are we playing the right guys?” Kiffin said. “(Is) there a role we can develop on offense, defense or special teams for guys that maybe aren’t playing? Do we need to look at someone in a different position. We’re just really challenging everybody here to see see what we can do to get better and not just sit around and feel good about ourselves.”