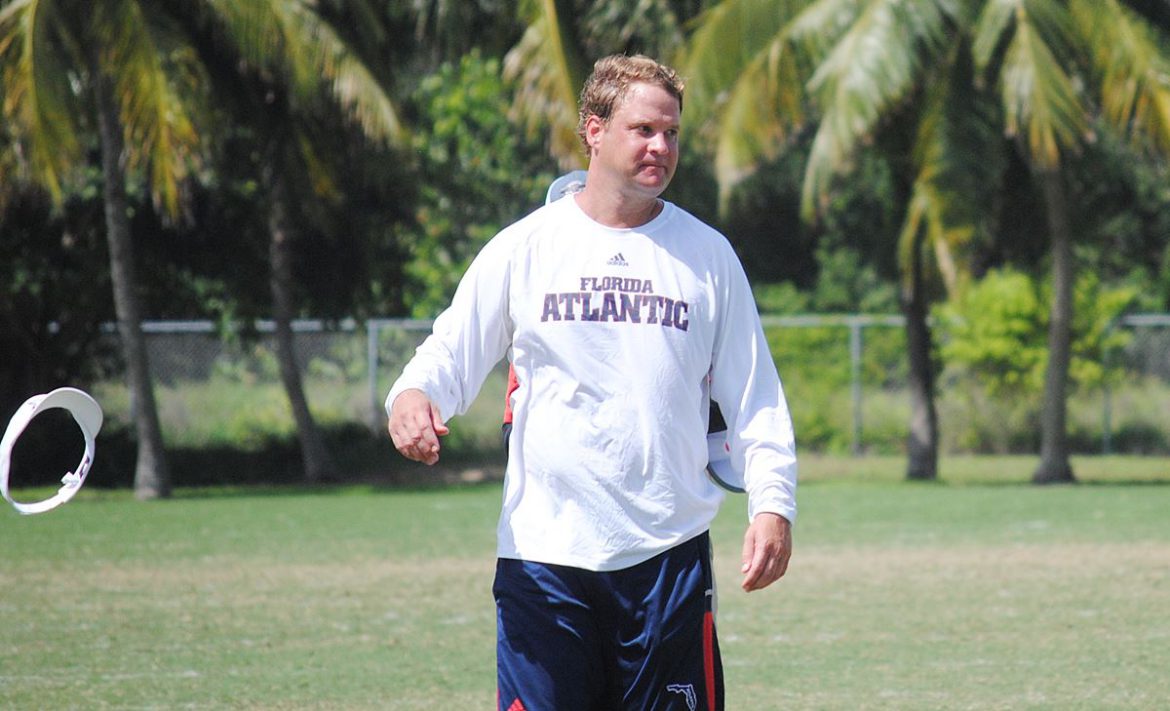 No Decision
Friday night's scrimmage didn't provide an answer to the FAU QB riddle. Owls now have less than a week before opener to pick one.

BOCA RATON – Less than one week from the season opener, FAU still doesn’t know who will start at quarterback.

“We can push it out as long as it takes,” FAU coach Lane Kiffin said during a Saturday conference call with the media. “Again, this isn’t ideal, but it is what it is. We’ll just have to figure it out.”

Friday’s situational scrimmage, which was closed to the public and media, doesn’t appear to have made the decision any easier. In fact, it may cause the battle to drag out even longer.

Bothered by an undisclosed nagging injury, De’Andre Johnson did not participate in Friday’s scrimmage, which wasn’t what Kiffin was expecting earlier in the week.

Incumbent Jason Driskel and Daniel Parr both performed nearly equally against the scout defense FAU has built for the Navy game, Kiffin said.

FAU could elect to play two quarterbacks against Navy.

“We’re still just trying to figure out through competition what’s the best option,” Kiffin said. “We haven’t done that yet but we do have a full week of practice coming up.”

Could the Owls play all three quarterbacks?

“I would sure hope not,” Kiffin said.

Kickoff for Friday’s opener against Navy is slated for 8 p.m.

No Decision
Friday night's scrimmage didn't provide an answer to the FAU QB riddle. Owls now have less than a week before opener to pick one.
was last modified: August 26th, 2017 by Chuck King
August 26, 2017 1 comment
1 Facebook Twitter Google + Pinterest