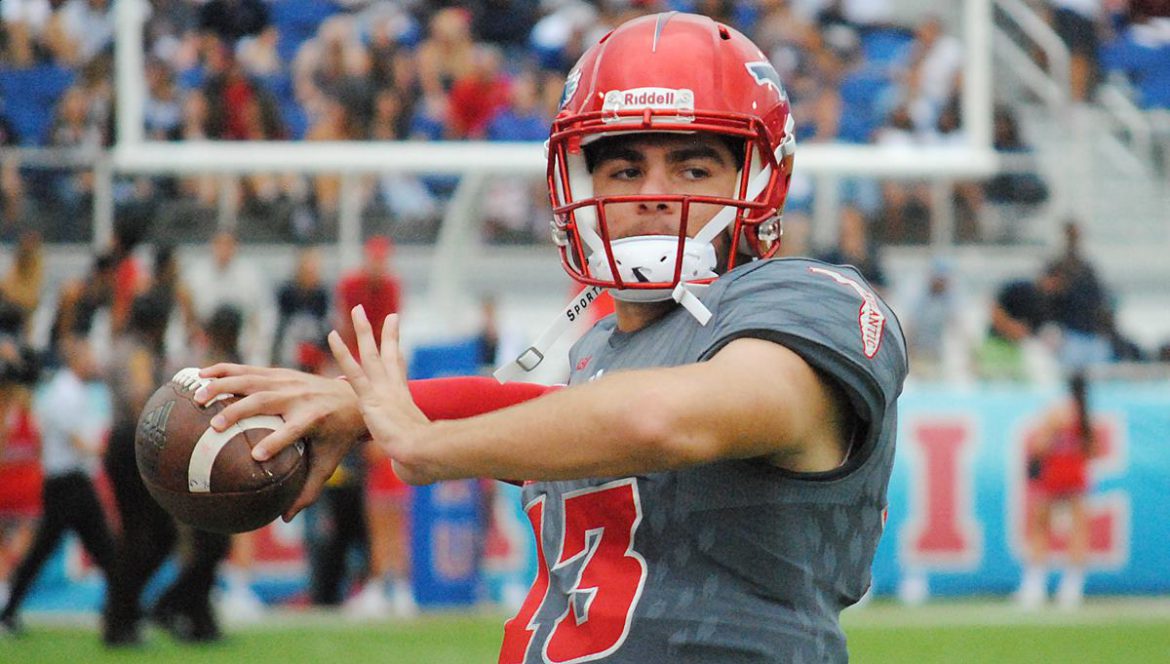 The Breakdown:
FAU at Rice
QB Daniel Parr will get the first start of his career on Saturday when FAU plays at Rice. Here's what fans need to know about the game.

Key for FAU: Execute on third downs – offensively and defensively. Many of FAU’s failures this season can be traced to third down plays. The Owls’ defense simply can’t get off the field – even when they have an opponent in third and long. Conversely, injuries along the offensive line have rendered offensive third downs problematic, too. Last week against WKU, FAU converted only one of 13 third down attempts. On Saturday, FAU needs to win third down.

Key for Rice: Keep it close. It’s a strategy that the Houston-based Owls have used successfully in the past against FAU. Rice has been every bit as bad as FAU has this season. If Rice can keep this game close into the second half of the fourth quarter, there’s no reason to think that FAU won’t give another victory away.

Key Match-up: FAU QB Jason Driskel vs. FAU QB Daniel Parr. The Parr era begins today. Every week since FAU started giving Parr, the reserve QB, meaningful playing time FAU coaches assured the media that Driskel was the clear starter. Every week except this week. Parr will get the first start of his career this week. If either one of these QBs manages to create separation during the game it will bode well for FAU’s chances on Saturday. If Parr asserts himself, the job may be his for the foreseeable future.

The Hold Steady: Looking for a reason that FAU defensive end Trey Hendrickson’s statistics aren’t matching last years? For starters, he doesn’t have Trevon Coley and Brandin Bryant lining up next to him. Another is that on any given snap he’s being held, choked and otherwise illegally detained – though many of these transgressions aren’t drawing a penalty flag. “When you start zeroing in on pictures, you’re seeing what we’re seeing all the time,” FAU coach Charlie Partridge said. “Trey is playing at such a high level now that he can get away from a block and he may see an extra hold or two. Those holds aren’t getting called. It is what it is, We have to train our players to defeat holds and do everything we can to ask the officials, why wasn’t this or that hold called?”

Hold On: Turnovers haven’t been a big problem for FAU this season, but running back Buddy Howell has put the ball on the ground in three of the Owls’ last four games. Partridge, though, isn’t worried about Howell developing the kind of fumblitis that caused Jay Warren to fall out of favor a couple of seasons ago. “I have all the faith in the world that Buddy will protect the ball and Buddy will continue to be a great player for us moving forward.”

Middle Man: Starting middle linebacker Nate Ozdemir spent much of the week wearing a protective boot on his left foot. Defensive coordinator Roc Bellantoni wouldn’t provide an update on Ozdemir’s condition, but he did comment on sophomore Jacob Douglas, Ozdemir’s backup, saying it was “most likely” that Douglas would get the start on Saturday.

QB Carousel: It wouldn’t be too surprising to see five players line up behind center on Saturday. Driskel and Parr will both play for FAU. In last week’s game Rice employed three signal callers. Redshirt senior Tyler Stehling is the starter. Nate German is mostly a wide receiver but he’s also the wildcat quarterback who’s demonstrated the ability to throw the ball, and last week Rice gave redshirt freshman Jackson Tyner his first game action.

Long Lost: FAU enters Saturday’s game losers of seven consecutive games. A loss to Rice would give FAU its second-longest losing streak in the program’s FBS history. FAU started 2011, Howard Schnellenberger’s final season 0-10 before beating UAB. FAU began the 2002 season, then as an FCS school in its second second, with eight straight losses.

The Breakdown:
FAU at Rice
QB Daniel Parr will get the first start of his career on Saturday when FAU plays at Rice. Here's what fans need to know about the game.
was last modified: November 5th, 2016 by Chuck King
November 5, 2016 0 comment
0 Facebook Twitter Google + Pinterest