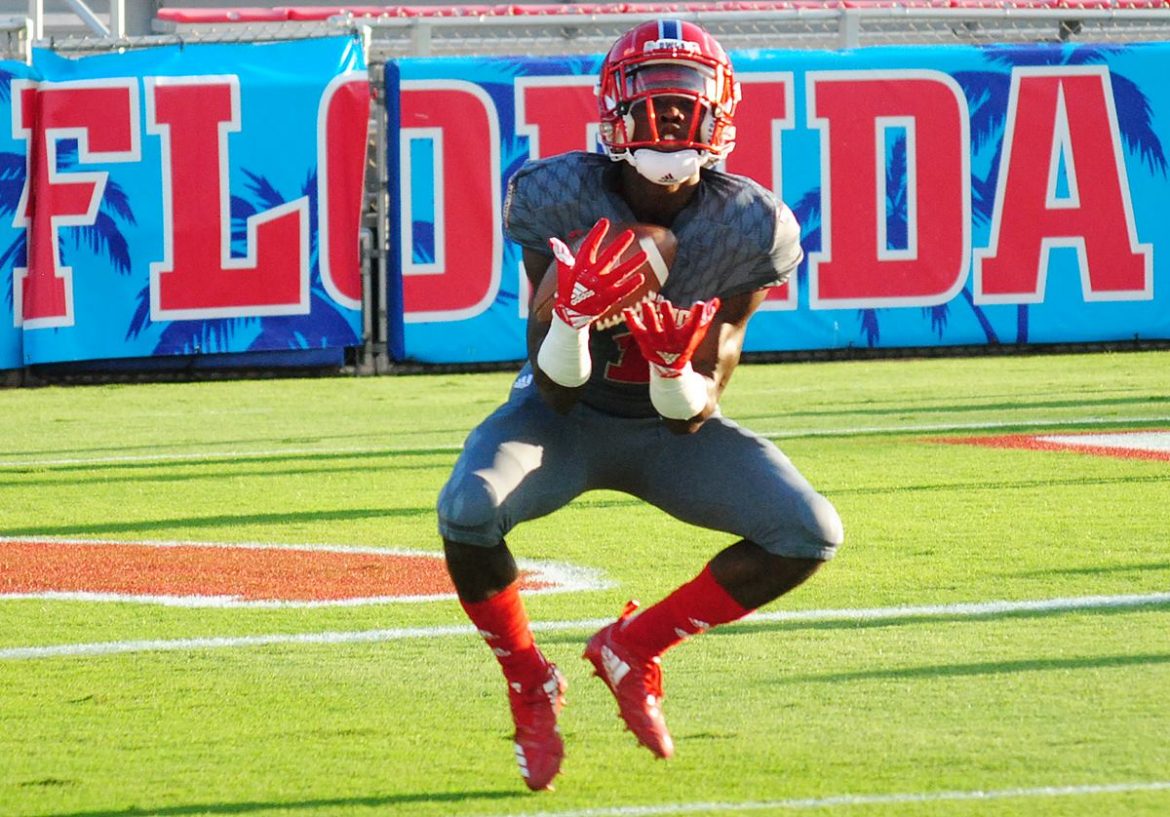 Catch and Return
Lane Kiffin isn't so much looking for a punt returner as he is a punt catcher - a player to reliably catch the ball and hand it to FAU's potent offense.

BOCA RATON – Halloween passed a few weeks ago but one fright has remained for FAU coach Lane Kiffin: watching his team field punts.

Since losing ever-reliable punt returner Dante Cousart to a season-ending leg injury against Marshall, FAU has struggled to find a sure-handed replacement.

And that’s been a cause of concern for Kiffin.

With a season-long return of only five yards, Cousart wasn’t much of a big-play threat but could always be counted on to field the ball cleanly.

That consistency, Kiffin says, is more valuable than the small chance of taking one to the house.

Safety Jalen Young began the season as the Owls’ primary punt returner but hasn’t been deployed in that role since injuring his knee trying to make a tackle against Air Force in the season’s second game.

After Cousart’s injury, FAU turned to two of its fastest players to fill in at punt returner, wide receivers DeSean Holmes and Willie Wright. But while they may be more explosive on the return, the process of tracking the ball in the air and getting a chance to do so has been a work in progress.

Holmes was the first to replace Cousart and seemed to have a tough time seeing the ball through the air against FIU. That continued into the following week against Western Kentucky, the California-native muffing a punt which FAU subsequently recovered.

Since that play, Wright has been FAU’s full-time punt returner.

“I was just too excited,” Holmes said of the fumble. “I saw green field and I was just trying to go. But I didn’t have the ball, of course.”

Holmes, a speed merchant with a long return of 45 yards last season at the JUCO level, said the pressure and noise factor of FBS football makes punt returning a difficult task.

The “next man up” mentality at the Division 1 level hasn’t helped, either.

FAU’s punt return job has been solely in the hands of Wright since Holmes’ fumble. The sophomore has been productive in that role this season, returning eight punts for 68 yards (8.5 average) and racing for a team-high 51-yard runback against Bethune-Cookman in Week 3.

But ball security has been spotty with Wright as well. Like Holmes the week prior, Wright mishandled a punt against North Texas which FAU later recovered.

“I still got to work on my catching ability, getting under the ball more,” Wright said.

Kiffin said his No. 1 priority on punt return is to secure the ball for his offense. But if Wright and Holmes hone their fielding abilities to go along with their game-breaking speed, they could become extensions of the offense itself.

“End zone. That’s all I think about, end zone,” Wright said of his approach to punt returning. “Every time I touch the ball I’m thinking end zone.”

Catch and Return
Lane Kiffin isn't so much looking for a punt returner as he is a punt catcher - a player to reliably catch the ball and hand it to FAU's potent offense.
was last modified: November 19th, 2018 by Wajih Al Baroudi
November 19, 2018 0 comment
1 Facebook Twitter Google + Pinterest