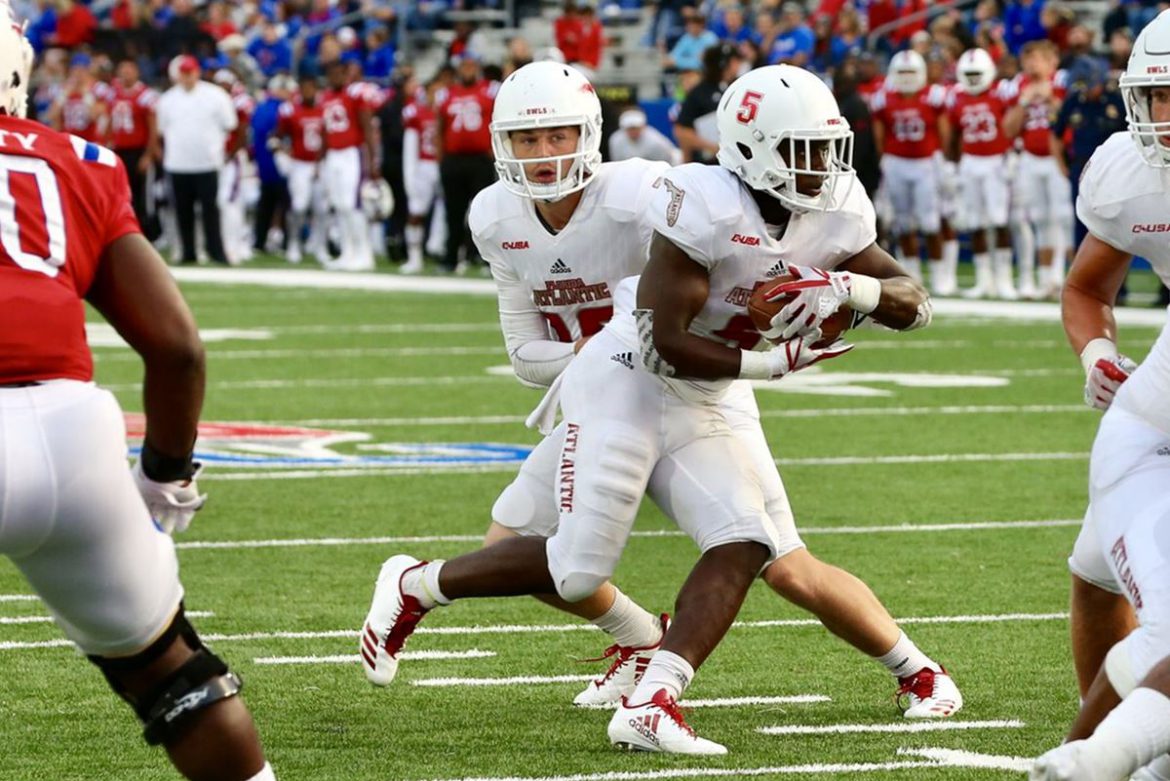 Every Sunday we review the previous day’s game, searching for the positives and negatives from each FAU performance. On Saturday the Owls kept rolling, crushing La. Tech 48-23. Florida Atlantic owns a six-game winning streak – its longest since moving to the FBS level. The Owls remain undefeated in Conference USA play heading into the most meaningful Shula Bowl in rivalry history. But before we turn our full attention to Saturday, let’s analyze the La. Tech game.

BIGGEST SURPRISE
FAU’s defensive ability to stiffen in the red zone. In the first half Louisiana Tech pretty much moved the ball at will – until the Bulldogs reached the red zone. Then FAU’s defense became an immovable force. La. Tech breached the Owls’ red zone four times in the first half, running 16 plays. The Bulldogs gained a total of 27 yards on those plays (an average of 1.7 yards per play) and never reached the end zone, settling for four field goal attempts – making only three. Even more impressive? The Owls halted most of those drives using two true freshmen, Quran Hafiz and Zyon Gilbert, at safety.

GAME MVP
Jason Driskel’s passed for more yards, thrown more touchdowns and run for more scores in a contest, but he has never played a more complete game. The redshirt-junior completed 14 of 17 passes, and one of the incompletions would have been a touchdown had Kalib Woods hung onto it. He tossed two touchdown passes while piloting an FAU offense that averaged 8.3 yards per play. Defensively, Azeez Al-Shaair enjoyed another brilliant game, earning his first sack of the season among 14 tackles, doing so without playing most of the fourth quarter.

CONTROVERSIAL CALL
Going for it on fourth-and-1 from your own 21 and electing to try a two-point conversion following the game’s first score could have been controversial, but since they pretty much worked out OK, let’s just consider them bold calls – at least for this week. The most controversial aspect on Saturday came from the officials, who ejected FAU defensive tackle Steven Leggett following a helmet-to-helmet hit on La. Tech quarterback J’Mar Smith. Leggett clearly didn’t intend to deliver a malicious hit – Smith pretty much spun into him – but by the letter of the rule, it deserved the targeting call. The rule, created with player safety in mind, doesn’t allow officials any leeway in considering why the hit occurred – a shortcoming considering the penalty of 15 yards and ejection of the offending player is the most severe in the game. The targeting rule needs to be re-worked. Incidentally, Leggett enjoyed one of his best games as an Owl, recording four first-half tackles.

EXTRA POINT
So far, FAU couldn’t have asked for more from its hiring of Lane Kiffin. The Owls are playing great football and a Shula Bowl win would ensure the first-ever Conference USA championship game at Howard Schnellenberger Field. From a marketing standpoint, Kiffin’s $950,000 salary is actually cheap. Consider how much FAU would have needed to pay to equal the free publicity the Owls received on ESPN’s College GameDay (Floating Kiffin heads, FAU signs, etc.) not to mention play-by-play announcer Chris Fowler essentially announcing to a national audience during the Miami-Notre Dame game – one with extreme South Florida viewership – that FAU is essentially hosting a $20 all-you-can-drink-kegger at the stadium for the Shula Bowl (an exaggeration of what the beer tasting event actually is, yes, but still good publicity). Wins and national publicity – the Lane Train keeps rolling.