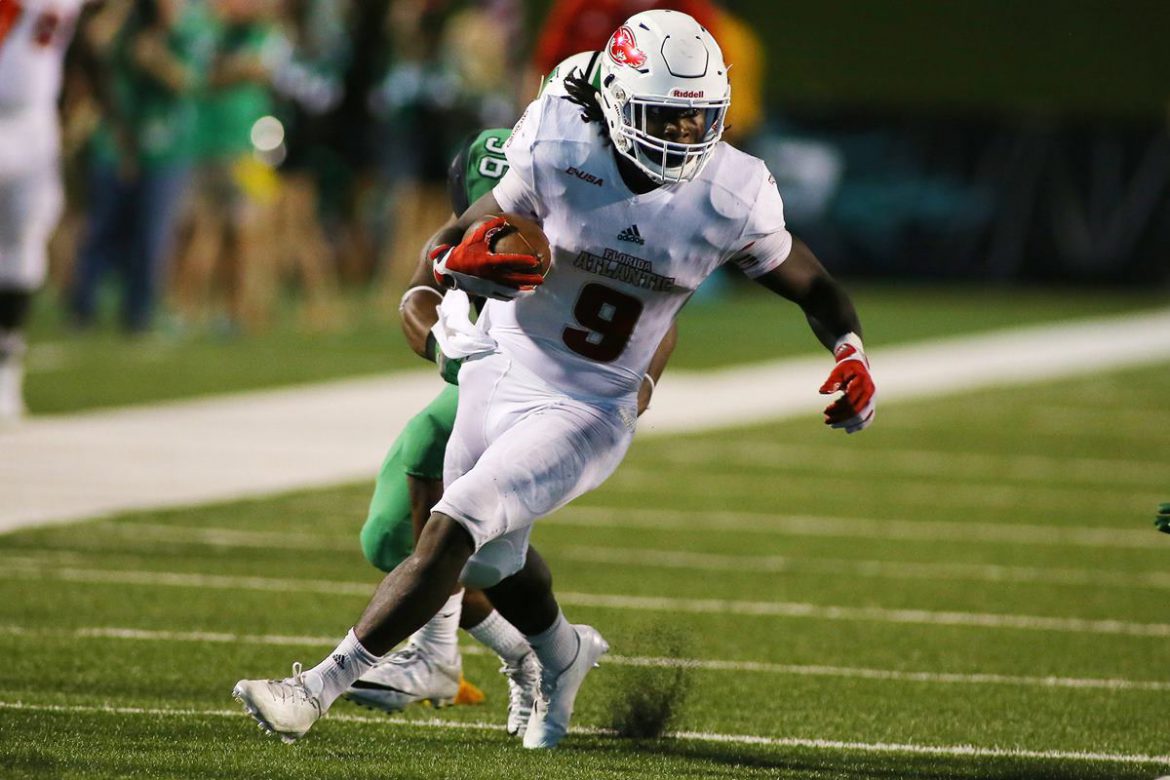 The paths vary. The destination remains the same.

FAU once again had a chance to win late in a game only to see the game-deciding Jason Driskel pass hit wide receiver Kalib Woods in the chest and fall to the ground at the Marshall 5 yard line.

“That’s how close we are,” FAU coach Charlie Partridge to ESPN West Palm. “We’ve got to find a way to get over those humps.”

Neither FAU (1-6) nor Marshall (2-4) had defeated an FBS opponent prior to Saturday.

The Owls have lost six consecutive games, their longest such streak since doing the same in 2012. FAU must win its remaining five games to become bowl eligible.

FAU has lost its last four games by a combined 17 points. In every one of those four the Owls had an opportunity to win in the fourth quarter. On Sunday the Owls had an apparent Hail Mary touchdown on the game’s final play overturned by replay. The week prior FIU’s offense ate up the final six-plus minutes of the game, never allowing FAU the chance at a potential game winning drive. Against Ball St. the Owls allowed the game-winning touchdown inside the final two minutes then couldn’t mount a two-minute drive.

“Nobody’s wavering,” Partridge said. “Nobody’s flinching – and for that I’m very proud. We just have to find a way to keep fighting for that big moment that’s coming.”

On Saturday at Marshall, FAU led 21-19 with 8:24 remaining before the Thundering Herd marched 80 yards in 14 plays on a touchdown drive that not only gave Marshall a 27-21 lead but also left the Owls with only 1:53 to do anything about it.

It was the third such clock-eating drive at the end of a game surrendered by the Owls in as many weeks.

Despite the touchdown, the Thundering Herd did give the Owls a couple of gifts. Keion Davis drew an unsportsmanlike conduct penalty by taking off his helmet while celebrating the score. Marshall’s ensuing kickoff sailed out of bounds.

Starting their final possession at the 50, the Owls quickly moved into scoring position when Woods made an acrobatic, leaping, one-handed catch between two defenders, setting the Owls up at the Marshall 17.

The Owls reached Marshall’s 11, but on fourth down Woods couldn’t capture a low but otherwise catchable Driskel pass.

“He got open,” Partridge said. “Ran a great route. We had a chance to make that completion. It would have been, obviously, a huge fourth down conversion. When you are in those big moments you give a chance to your best players to make the plays.”

FAU lost despite rushing for 281 yards. Buddy Howell and Devin Singletary both rushed for more than 100 yards and scored a touchdown apiece.

FAU started the scoring when Jason Driskel burned Marshall on the read option – a play that opponents have used successfully against the Owls many times this season. He kept the ball, raced around right end and sprinted 23 yards for the score that capped the opening drive of the game.

Trailing 10-7 late in the first quarter, Singletary burst through the middle of the line, stumbled a bit, then raced untouched for a 48-yard touchdown that put the Owls up 14-10.

Howell’s 1-yard dive sent the Owls into halftime with a 21-16 lead.

TURNING POINT
The Owls had already stopped the Thundering Herd’s fourth down conversion attempts twice. The third time was the charm for Marshall. As the clock was winding down on Marshall’s final drive of consequence, Keion Davis picked up the needed one yard, reaching the FAU 34. Three plays later Marshall was at the FAU 5. Two more plays, game-winning score.

6 – Third down conversions on 14 attempts for Marshall.

9 – Rushing TDs on the season by Buddy Howell, tying him with Alfred Morris (2011) for the third most in a single season for FAU. Morris is also the single-season record holder with 11 (2009).

16 – Tackles for both Jalen Young and Nate Ozdemir. Azeez Al-Shaair had 15, suggesting that the Marshall stat crew may have been a little generous awarding tackles.

111 – Yards rushing for Devin Singletary, the first time the freshman has eclipsed the century mark.

128 – Receiving yards and a touchdown on nine catches for Marshall’s Josh Knight as the Owls keyed on Thundering Herd leading receiver Michael Clark.

UP NEXT
FAU enters its bye week. The Owls next take the field on Oct. 29 against Western Kentucky at Howard Schnellenberger Field.