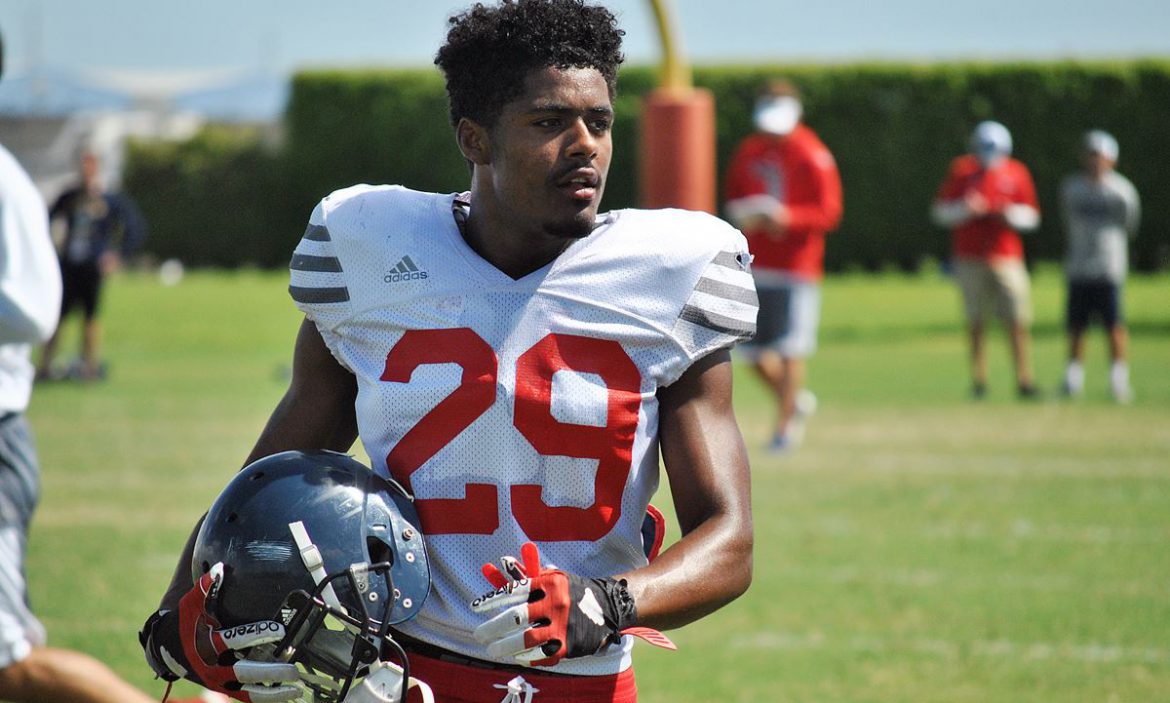 Bigger Presence
With the injury to starting cornerback Raekwon Williams, redshirt freshman Korel Smith will have to play a bigger role in Owls' defense.

At 5-foot-10 and 175 pounds, his size is about average for an American his age, if not a little more buff.

Sure, on the football field he’s surrounded by giants, but in his position group the FAU cornerback doesn’t appear out of place.

Still, that doesn’t stop the compact Smith, a redshirt freshman, from using his perceived lack of height to his advantage.

“He has little man’s syndrome,” FAU’s 6-foot-2, 190-pound nickel back Herb Miller said. “So aggressive, and it carries over onto the field. It’s working well for him.”

“That’s how I play,” Smith said. “That’s how I’ve always played all my life. I was always little so I always had to play bigger than what I am.”

FAU now hopes Smith and his (marginally) slight stature can assume a larger role in the Owls’ defense.

Throughout the first half of the season FAU coach Lane Kiffin praised the Owls’ four corner backs, and once again calling them “SEC caliber” on Wednesday.

A knee injury to starting senior cornerback Raekwon Williams (listed at 5-foot-11, 185) in the week leading up to last week’s blowout of North Texas trimmed The Big Four to three.

Smith figures to see more playing time in the coming weeks, but it won’t be as if he’s coming off the bench cold. Throughout the season Smith and Chris Tooley (5-foot-11, 178) frequently spelled starters Williams and Shelton Lewis (6-foot, 185).

“I just look at it like, I get a chance just to show what I really can do,” Smith said. “I was getting playing time but now I can get a little bit more so I can do a little bit extra.”

Patterning his play after Arizona Cardinals safety Tyrann Mathieu, Smith played in all seven games thus far and counts a half sack among his 10 tackles.

What he doesn’t have yet is an interception. FAU is tied for fourth nationally with 12 picks, but that first career pick is proving elusive for Smith.

Williams may be the player who helps Smith procure that first pick. Despite the injury – he prowled the sideline on Saturday wearing a large leg brace, walking on crutches – Williams remains involved with the defense.