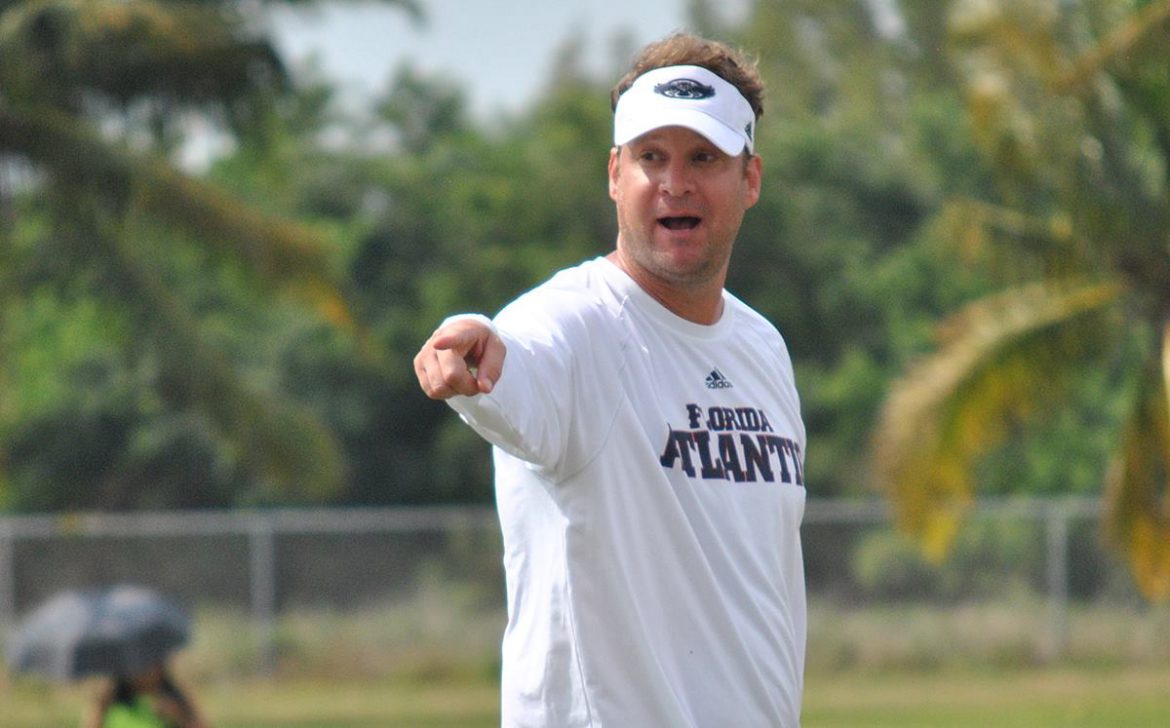 College Math
FAU has some decisions to make to ensure the number of scholarships - awarded or promised - complies with the NCAA limit of 85.

BOCA RATON – In the coming weeks Lane Kiffin and the FAU football program have a knotty mathematical equation to solve.

The NCAA limits the number of football players a school can place on scholarship to 85.

Based on previous signing days and scholarship award announcements, 70 of the players on FAU’s spring roster were on scholarship.

Since the completion of spring practices, safety Richie Kittles announced his intention to transfer and linebacker Chanler Ferguson has been granted his release, dropping the number of scholarship players to 68.

FAU announced the signing of 24 incoming players on National Signing Day in February, then added offensive lineman Romello Martin a few weeks later, giving the Owls a signing class of 25. Two members of that class, quarterback De’Andre Johnson and nickel back Quran Hafiz, enrolled in January are participated in spring practice, counting toward the 70 scholarship players on the spring practice roster.

That leaves 23 players from FAU’s 2017 signing class expected to arrive in Boca Raton during the summer.

Adding those four players and subtracting Kittles and Ferguson from the spring roster leaves FAU with 72 current scholarship players on campus, with 21 more on their way. If all 21 arrived today the Owls would have 93 players under scholarship. Some decisions will need to be made.

“We’re just always in the process of evaluating the situation we are in,” FAU coach Lane Kiffin said. “There are so many variables. You’ve got high school kids and junior college kids that still have work to do academically, so you don’t really know who’s going to qualify for sure and who’s going to get here. You’ve got current players – this time of year we’re evaluating whether they get all their academic work done. It’s a very in-depth process of trying to figure it all out and putting the best team on the field.”

History suggests that a few of the signees will never make it to campus – frequently because of academic issues. In the past, the longer FAU has waited on a JUCO player to arrive, the likelihood of them actually becoming an Owl decreased.

FAU could also elect to grayshirt a player or two – a process where a signee enrolls in January. In that scenario the signee has time to rectify any academic issues and the scholarship doesn’t count against the limit of 85 until January, but it does count against maximum of 25 for the Owls’ upcoming 2018 signing class.

It’s also likely that a few more current players will come off the roster. The Owls expect offensive lineman Byers Hickmon to receive a medical exemption from the NCAA, which would keep his scholarship from counting against the cap of 85.

Several other players who, like Kittles, suddenly found themselves buried on the depth chart may also elect to leave the program.

And since NCAA scholarships currently are year-to-year, the Owls could elect to pull some scholarships from under-performing players. In the past FAU has tried to avoid such actions.

Whatever the formula, FAU will need to find a way to drop or defer about eight scholarship players over the coming months. No one ever said college math was easy.

College Math
FAU has some decisions to make to ensure the number of scholarships - awarded or promised - complies with the NCAA limit of 85.
was last modified: May 18th, 2017 by Chuck King
May 18, 2017 0 comment
2 Facebook Twitter Google + Pinterest