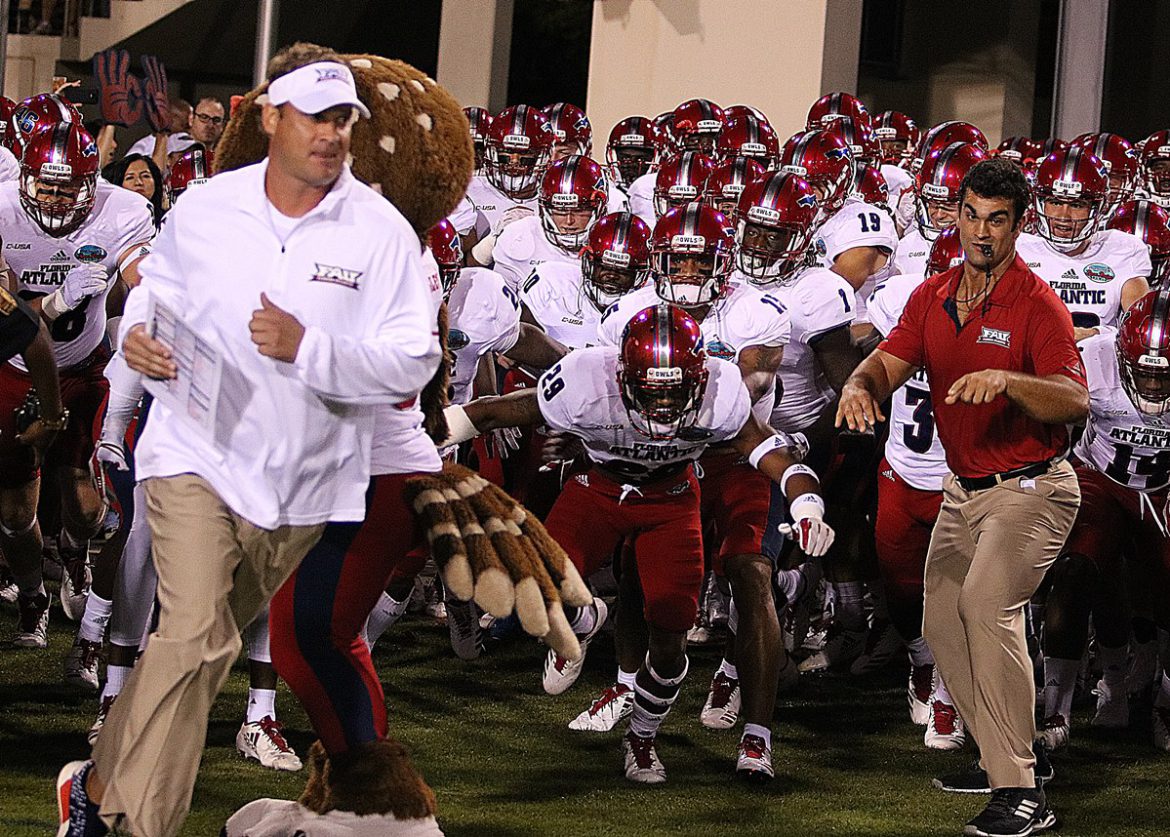 Top 30
Pollsters leave FAU out of season-ending Top 25, but Owls receive votes in both polls.

Neither the AP writers poll or the USA Today coaches poll included FAU in its final Top 25 rankings, released on Tuesday.

FAU received 35 points in the coaches poll, tying the Owls with South Carolina and Fresno St for No. 28 nationally. Five of the teams ranked in the coaches’ Top 25 lost four games – one more than FAU did. One team, No. 19 Stanford, lost five games. Virginia Tech (9-4) claimed the No. 25 spot with 96 points.

Nearly half of the FBS level coaches vote in the coaches poll. Kiffin is among those who does not vote. Teams receive 25 points for a first place vote, 24 points for a second place vote, and so on down to one point for a No. 25 vote.

Following the release of the AP poll, which came a few hours before the coaches poll, Kiffin tweeted: “2017 NCAA College Football Polls and Rankings for Week 16 – ESPN. Does how u play on the field count? Sorry players @FAU_Football @espn,” followed by a link to the poll.

Missing the Top 25 of the coaches poll has financial ramifications for Kiffin. His contract provides for a bonus had the Owls ended the season as a ranked team. The amount of that bonus was left as “TBD” at the time of the contract.

Following the Owls’ Dec. 19 Boca Raton Bowl victory, FAU president Dr. John Kelly said FAU and Kiffin still hadn’t settled on the bonus. That was the same day Kelly and Kiffin both proclaimed an agreement to extend Kiffin’s contract through the 2027 season. The school has yet to announce the formal signing of such agreement.

Kiffin took FAU to historic heights in his first season. At 11-3, the Owls matched their program high in wins, posted their most wins at the FBS level, claimed their first Conference USA title and played in their first bowl game since 2008 – defeating Akron 50-3. Prior to the 2017 season, FAU had never received votes in either poll.

Though not a formal poll, USA Today picked FAU as its No. 21 team in the nation to start 2018.