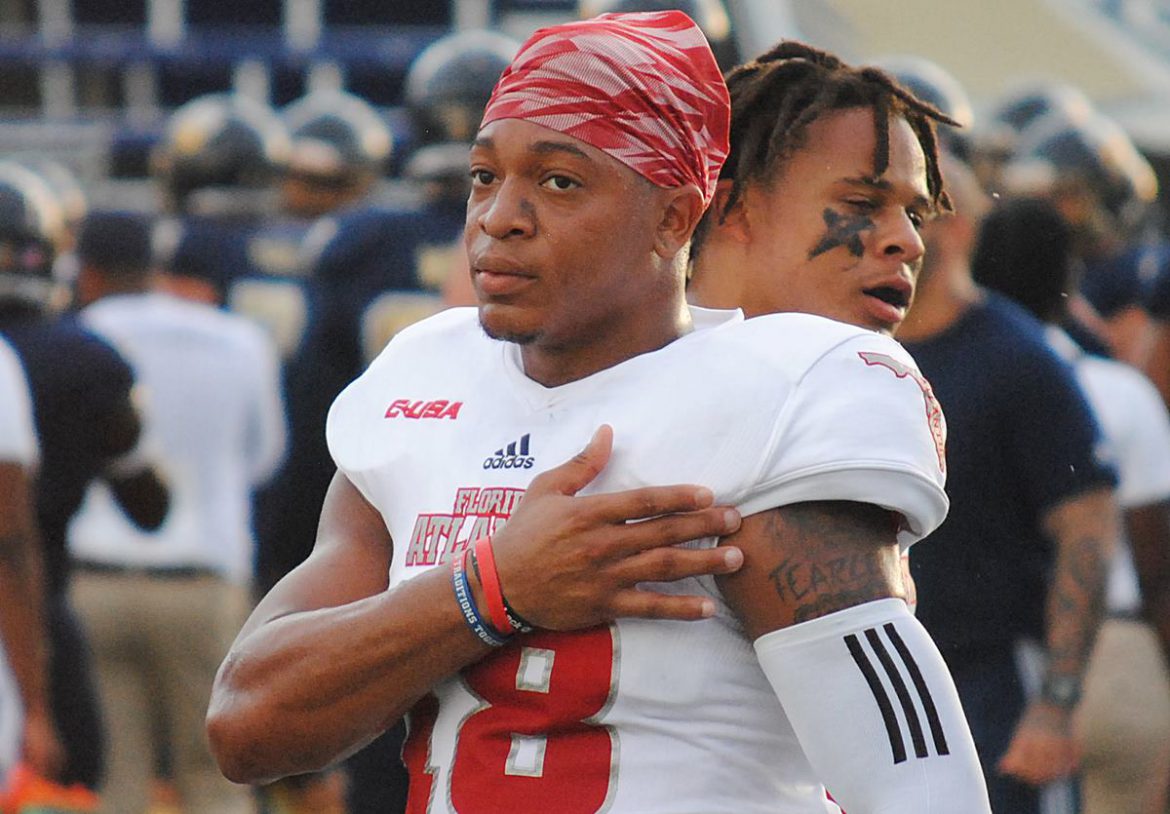 In Their Defense
With FAU spring football scheduled to begin next week OwlAccess.com previews what to expect, beginning on the defensive side of the ball.

After having one of the nation’s worst defenses a year ago, FAU enters spring camp trying to retool a unit that lost Conference USA Defensive Player of the Year Trey Hendrickson to graduation and other key contributors to injuries.

With Hendrickson on his way to joining fellow defensive linemen Trevon Coley and Brandin Bryant – along with cornerbacks backs Keith Reaser, D’Joun Smith and Cre’von LeBlanc – in the NFL, FAU’s defense will be hunting for a new top dog.

Though he will miss spring camp after offseason shoulder surgery, linebacker Azeez Al-Shaair – FAU’s leading tackler a year ago – may be the best candidate on paper right now. While the amount of tackles doesn’t make or break how good a defender is, Al-Shaair was one of the few dominant forces on the Owls’ defense a year ago, finishing second to Hendrickson with 11 tackles for loss.

The FAU athletic department also seems to think highly of the linebacker, as it was Al-Shaair who spoke to the media alongside Athletic Director Pat Chun and President John Kelly when the school broke ground on the new Schmidt Complex in January. He won’t put up the sack numbers that Hendrickson did, but Al-Shaair is FAU’s best bet at replacing the Conference USA Player of the Year as the defensive leader.

As for players who will be healthy and participating in spring camp, defensive back Jalen Young – second on the team in tackles last year with an even 100 – will be the face of the secondary and could make the jump to leader of the unit. Young was a key contributor and a vocal leader last year, two things the Kiffin brothers will need from the junior safety in 2017 if this side of the ball is to make any progress.

THE BIG QUESTION: Can FAU’s players fix their tackling issues? Whether it was a lack of energy – physical or mental – or the players too often trying for the ‘Madden hit stick’ way of tackling, arguably the FAU defense’s biggest problem a year ago was the inability to wrap opposing players up and stop them from big gains.

Though there will only be so many days and drills with live tackling, spring camp should be a good time for the returning defenders to work on the simple, fundamental way of tackling instead of always going to force a fumble. Early word is that the Kiffins intend to run practices that are more physical than former coach Charlie Partridge’s were.

POSITION BATTLE: Cornerbacks. After how badly the Owls’ defense was shredded last year, the defensive back unit is in need of serious help and retooling. Though the signing class placed a major focus on the secondary with Jacksonville-Bolles’ Ahman Ross, California’s Contra Costa Community College Rodney Washington, and Cardinal Gibbons’ Diashun Moss, fans will want to keep an eye on two returning Owl defensive backs: Chris Tooley and Korel Smith.

Though Smith spent last year as a redshirt freshman, Tooley played in almost every game and earned praise from the previous coaching staff. Tooley was also the only other true freshman besides linebacker Rashard Smith to be credited with a start in 2016. With a new staff in town, Tooley and Smith have a chance to prove themselves this spring. Raekwon Williams and Herb Williams have the edge in experience, though.

NEW NAMES: Of the 2017 signing class, defensive back Qu’ran Hafiz is the only member of the defense expected at spring practice, as he enrolled at FAU for the spring semester. … Linebacker Chanler Ferguson, who redshirted last year, will look to take advantage of the increased spring reps as a result of the rash of injuries at that position. Along with Al-Shaair, Khantrel Burden and Nate Ozdemir are expected to miss spring drills as the rehab from offseason surgeries. … Royal Palm Beach product Da’Von Brown could get reps at both cornerback and safety after sitting out last year.

BREAKOUT ALERT: With Hendrickson and Ogbonda getting all of the attention on the defensive line last season, true freshman William Davis wasn’t a name that jumped out at many people. With at least one starting defensive tackle spot open, look for the Fort Pierce product to make some waves in new defensive coordinator Chris Kiffin’s scheme. Fans got to see a bit of what Davis could do last year, when the freshman put on one of the better defensive performances in the 52-3 loss to Western Kentucky. Even if Davis recorded three tackles and his first collegiate sack in garbage time, his heart and hustle late in what was a devastating loss showed that there may be a future for the now-second year lineman. It won’t hurt to keep an eye on fellow defensive tackle Kevin McCrary, too.

KEY LOSSES: Trey Hendrickson and Shalom Ogbonda exhausted their eligibility and are pursuing NFL careers. … D.J. Juste, who came to FAU as a quarterback and finished as a defensive back, leaves after spending the past two years as a nickelback.

In Their Defense
With FAU spring football scheduled to begin next week OwlAccess.com previews what to expect, beginning on the defensive side of the ball.
was last modified: March 16th, 2017 by Chuck King
March 15, 2017 0 comment
1 Facebook Twitter Google + Pinterest