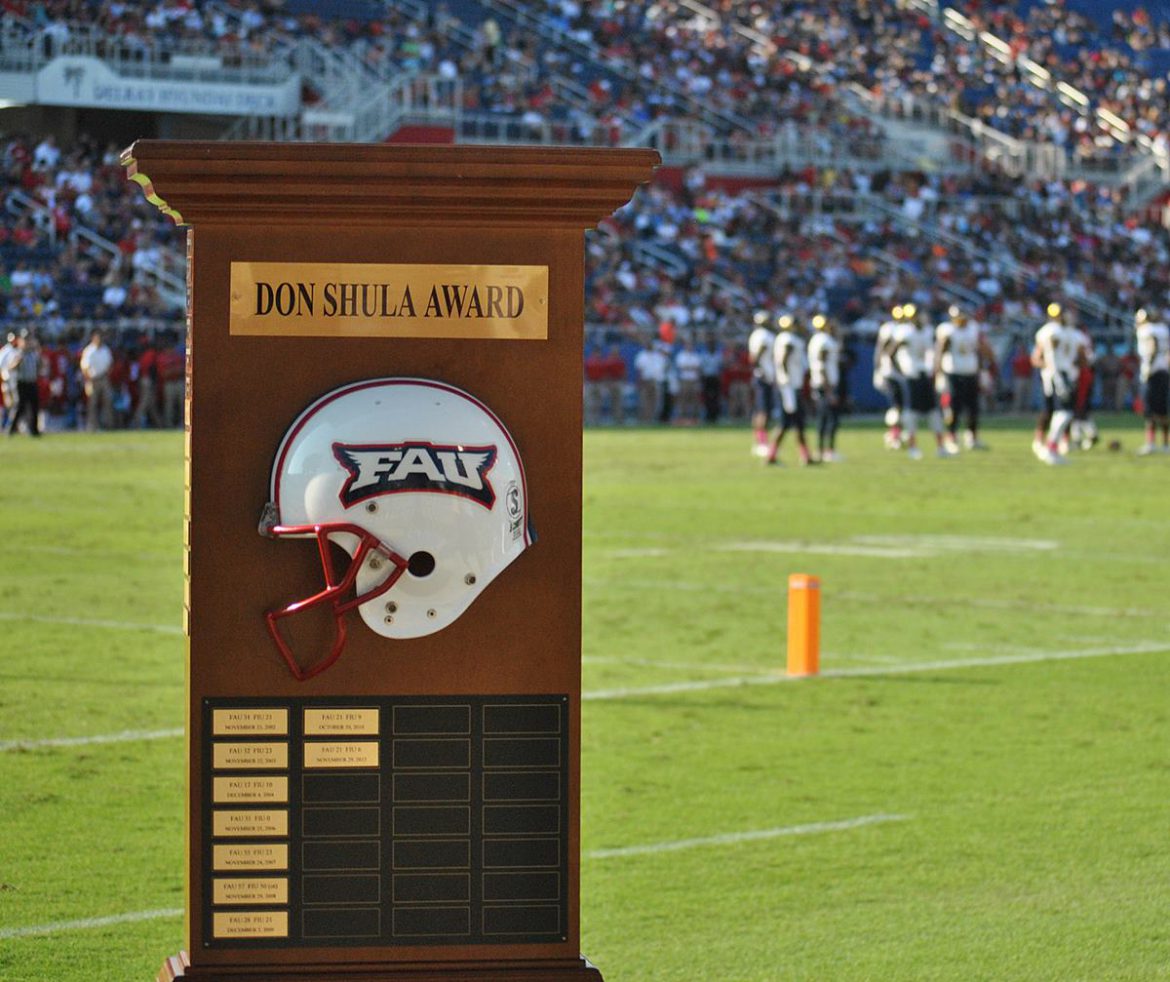 Key for FAU: Run the ball. Really, that’s simply another way of saying “strong offensive line play.” The Owls will start their fifth different offensive line combo in five weeks. This week FAU will be without Tarrick Thomas, who suffered a season-ending knee injury against Ball St. The Owls, however, do figure to get guard Roman Fernandez back and are still holding out hope that right tackle Kelly Parfitt could play. Strong offensive line play on Saturday should pave the way to an FAU victory.

Key Match-up: FAU’s defensive line vs. FIU’s offensive line. In last year’s game defensive ends Trey Hendrickson and Hunter Snyder combined for five of the Owls’ seven sacks. Hendrickson has been double and triple teamed all season, and that shouldn’t change on Saturday. Snyder was slowed by an injury in fall camp and is only now rounding into form. “I think he’s getting back to what he was a year ago,” FAU defensive coordinator Roc Bellantoni said of Snyder. “We need Hunter to get back to where he was a year ago to give Trey some help so they can’t just double and triple team him.”

At a Loss: FAU has lost three consecutive games since winning its season-opener against Southern Illinois. The Owls fell to Ball St. 31-27 last week. FIU enters Saturday losers of all four of this year’s games and on a six-game losing streak dating back to last season. The Panthers haven’t won since Nov. 7.

The Right Path: Last week the Owls’ struggles to put themselves in the proper gap fit concerned Bellantoni. This week he harped on the improper routes would-be tacklers were taking toward ball carriers as the reason they were missing so many tackles. “The thing we really need to improve is our running to the football, our angles to the football,” Bellantoni said. “We’re overrunning that a lot. We’ve spent a lot of time in practice this week taking proper angles to the football so (the ball carrier) doesn’t cut back in front of us and we miss a tackle because we’re taking bad angles.”

Shula Fever: FAU QB Jason Driskel rebounded from the Kansas St. loss, which was his worst game as an Owl, with one of his best last week in the loss to Ball St. Driskel grew up in central Florida so the Shula Bowl game didn’t really draw his attention until he arrived in Boca Raton. “I was so happy to come to school here and I’m just so proud of this university,” Driskel said. “I have a lot of pride in it. The fact that they are our rival, when you come here and you have pride in something, you develop rivalries with schools and that just happens to be our rival.”

QB Fog: FIU made a change at quarterback last week, turning to redshirt freshman Maurice Alexander over two-year starter Alex McGough. Turner’s firing brought even more uncertainty to the position, and Cooper elected not to go public with his QB choice prior to the game. FAU prepared for both quarterbacks this week, but the Owls aren’t expecting many new wrinkles out of FIU on Saturday. “They can’t change too much in four or five days,” Bellantoni said. “If they do, we’ll draw it up on the sidelines and at halftime like we always do and get the mistakes corrected. I’m not really concerned about that.”

Shula Stats: FAU holds a 10-3 record against FIU in the Shula Bowl. The Owls won eight of the first nine and the only FIU victory in that span, in 2005, had to be vacated as punishment for NCAA violations. FIU has been far more competitive in recent years, winning three of the past five. The Owls haven’t won consecutive Shula Bowl games since 2009-10. FAU enters the game with possession of the Shula Bowl trophy, and FAU coach Charlie Partridge kept that trophy close this week, moving it from the lobby of the Oxley Center to a spot right outside his office and also taking it to the fields for morning practices.

The Breakdown:
The Shula Bowl
What does FAU need to do to beat FIU and retain the Shula Bowl trophy? Everything you need to know is in The Breakdown.
was last modified: October 1st, 2016 by Chuck King
October 1, 2016 0 comment
0 Facebook Twitter Google + Pinterest