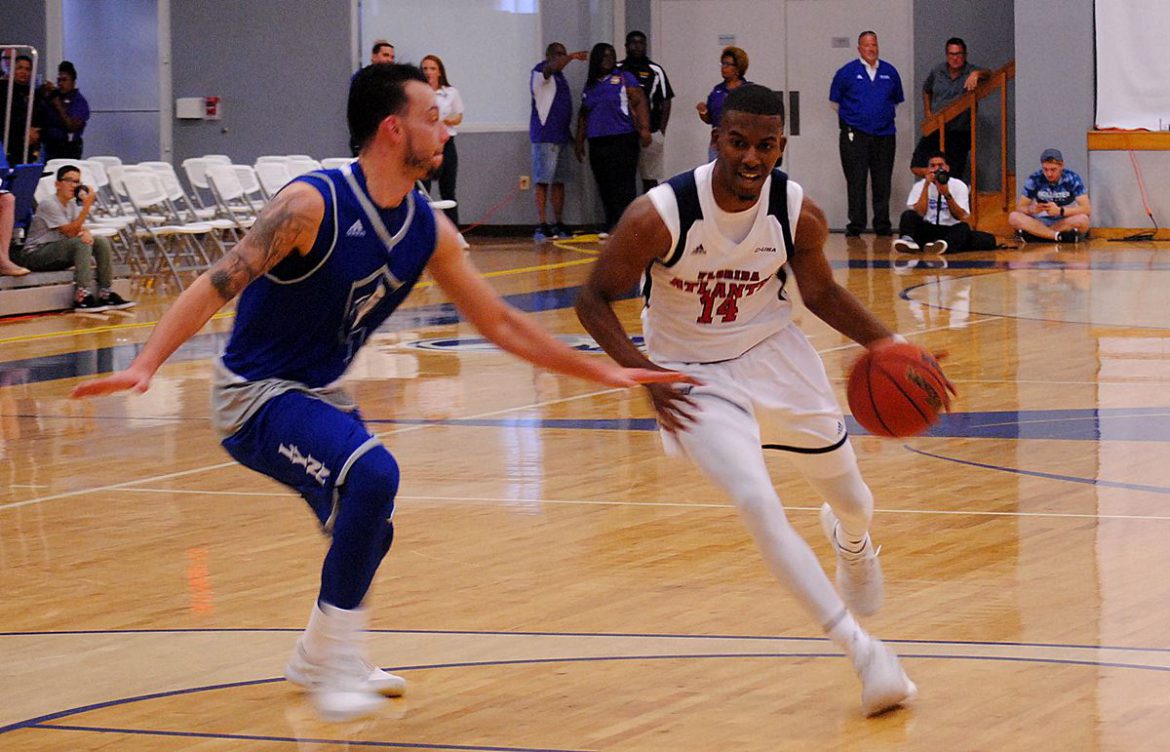 Late Run
FAU pulls away from Lynn late to win lone exhibition game of the season.

BOCA RATON – FAU used an 18-2 run over the final 7:30 to avoid an embarrassing upset at the hands of Division II Lynn University in a cross-town exhibition.

FAU shot only 34 percent in the first half and trailed 51-50 before the final run propelled the Owls to a 68-53 victory.

Eight of newcomer Amir Smith’s 10 points came in the second half.

Key Stat: FAU made only two of nine three-point attempts.

Up Next: FAU opens the season at South Florida on Friday. Tip-off is scheduled for 8 p.m. The Owls’ home-opener is against Edward Waters on Nov. 16.