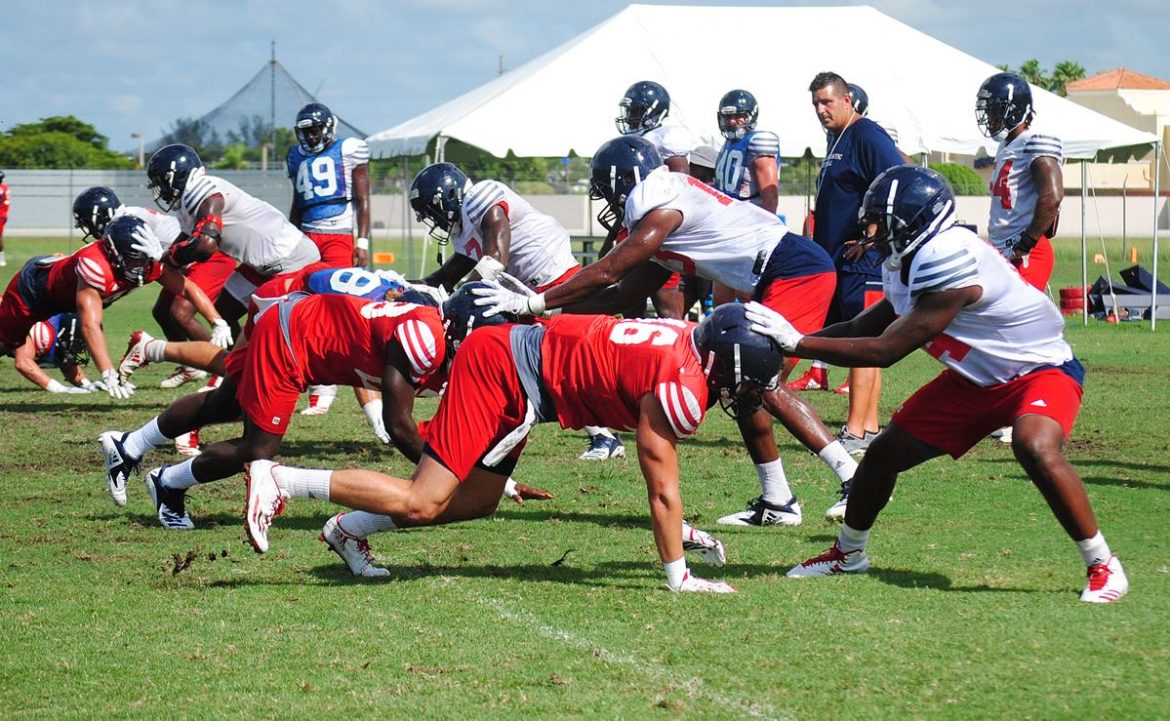 BOCA RATON – A week ago at this time FAU players and coaches were all saying the right things.

Their stupendous 2017 season was a thing of the past. Everyone’s focused on 2018. This is a new team. They have to prove themselves again.

Then No. 7 Oklahoma annihilated FAU 63-14 leaving some to wonder whether the players truly believed all those bromides.

“I feel like people would say that, but still in the back of their mind, like, Oh we’re this great team,” senior defensive end Hunter Snyder said. “Now, after that happened. We’ve got to focus. We’ve got to bring it, actually really bring it or that’s going to happen again.”

FAU wasn’t expected to beat Oklahoma, but the manner in which they lost – down 28-0 after the first quarter and playing poorly in all facets of the game – served as a wake-up call for the Owls.

Saturday’s 2 p.m. kickoff against Air Force offers the Owls a second opportunity to show that their 2018 squad can live up to the preseason hype.

FAU players say they saw increased focus in meetings this week and that live tackling during practice energized players on both sides of the ball.

“We’ve had to go back to the drawing board, tighten up on some details,” running back Devin Singletary said.

Some oddsmakers list FAU as much as a double-digit favorite over Air Force, which blew out FCS foe Stony Brook 38-0 last weekend. Air Force, however, features one great equalizer: the triple option offense.

“When you see a triple option team on your schedule you’re always like, Oh gosh. I’ve got to make sure I’ve got a good plan here,” FAU defensive coordinator Tony Pecoraro said.

The Owls began working on that plan late in fall camp. This week the coaches preached assignments and techniques to avoid the cut blocks Air Force employs to take out the legs of defenders.

“The speed of it is different,” Pecoraro said. “How they block you is different. The play selection that you get is different, especially what you see on an everyday basis.”

Air Force’s offense may appear slow and plodding, but it has the Owls’ attention.

“They run a lot of different plays,” FAU coach Lane Kiffin said. “The ball can get out on the edge really fast because of the condecnced formation. You’ve got to have really good eye discipline and one guy can’t miss because you’ve got everybody else cut blocking down so that leaves one guy left with the ball carrier.”

The triple option isn’t glamorous, but it can be effective.

“Triple option is not easy,” linebacker Khantrell Burden said. “It’s hard-nosed football, so you’ve got to bring your ‘A’ game when you’re playing Air Force and stuff like that. Same thing as last year.”

The Owls featured a 4-2-5 defensive formation most of last season, but against the Midshipmen they reverted to their base 4-3, added that third linebacker to stop the run. This week Burden figures to get the first shot at that strong side linebacker.

“You never really see this type of offense,” Burden said. “It’s kind of like once in a blue moon you actually see it, unless you’re scheduled for them.”

The word uttered most often around the Florida Atlantic football program this week has been “discipline.”

Air Force has loads of it.

FAU, on the other hand, needs it if the Owls are going to claim their the first victory of the year.

“They probably are the most disciplined people on earth,” safety Zyon Gilbert said. “We just have to come out and be disciplined as well.”

“We have to be really disciplined,” Snyder said, “We’ve got to stay low and defeat cuts. They are going to try to cut us, get us to the ground. And we’ve got to tackle. We didn’t so that so good last week.”