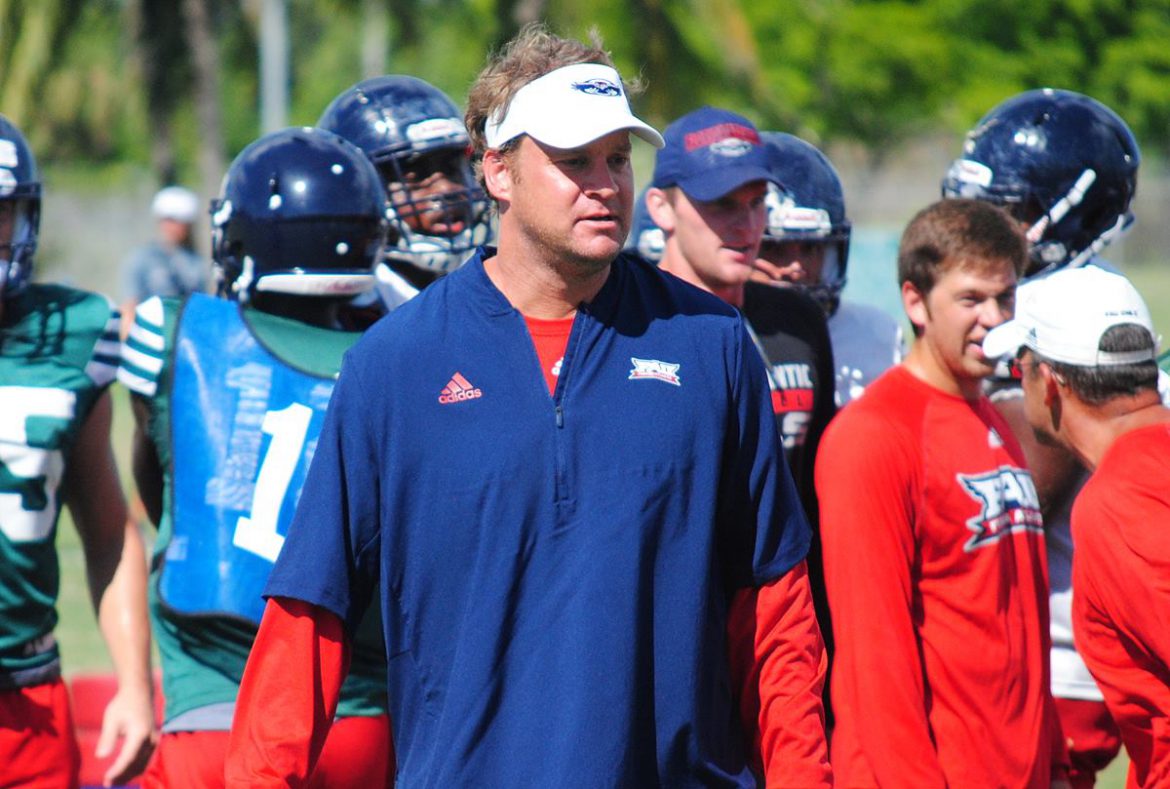 Defensive Bargain
FAU will pay new defensive coordinator Glenn Spencer about $100,000 less per season than it would have paid predecessor Tony Pecoraro.

Spencer’s two-year contract, obtained on Monday by OwlAccess.com via a freedom of information request, calls for him to make $250,000 during 2019 and $275,000 the following year.

By comparison, former defensive coordinator Tony Pecoraro was scheduled to make $350,000 per year over the next two years.

FAU announced on Friday that Spencer had replaced Pecoraro, who lasted only one season at FAU.

Returning 10 starters, the defense struggled to pressure opposing quarterbacks and to force turnovers. They currently rank No. 90 in total defense, allowing 427.4 yards per game and the 31.8 points they allowed ranks No. 94.

As for bonuses, Spencer will receive $2,500 if the Owls finish alone atop of their division and $5,000 should they win the Conference USA title during his tenure.

Spencer is the fourth FAU defensive coordinator in as many seasons. Pecoraro, who came to FAU from Southern Miss, replaced Chris Kiffin, who left FAU after his lone season to join the San Francisco 49ers. Chris Kiffin replaced Roc Bellantoni when the Owls switched head coaches from Charlie Partridge to Lane Kiffin.

Charlotte ranked No. 61 nationally in scoring defense, allowing 26.6 points per game under Spencer. The 337.2 yards per game surrendered by the 49ers ranked No. 26 nationally and fourth in Conference USA. Charlotte fired head coach Brad Lambert with one game remaining in the 2018 season.

Spencer spent only once season at Charlotte. Prior to that he’d spent the past decade at Oklahoma St., the final five years of that tenure as the Cowboys’ defensive coordinator.