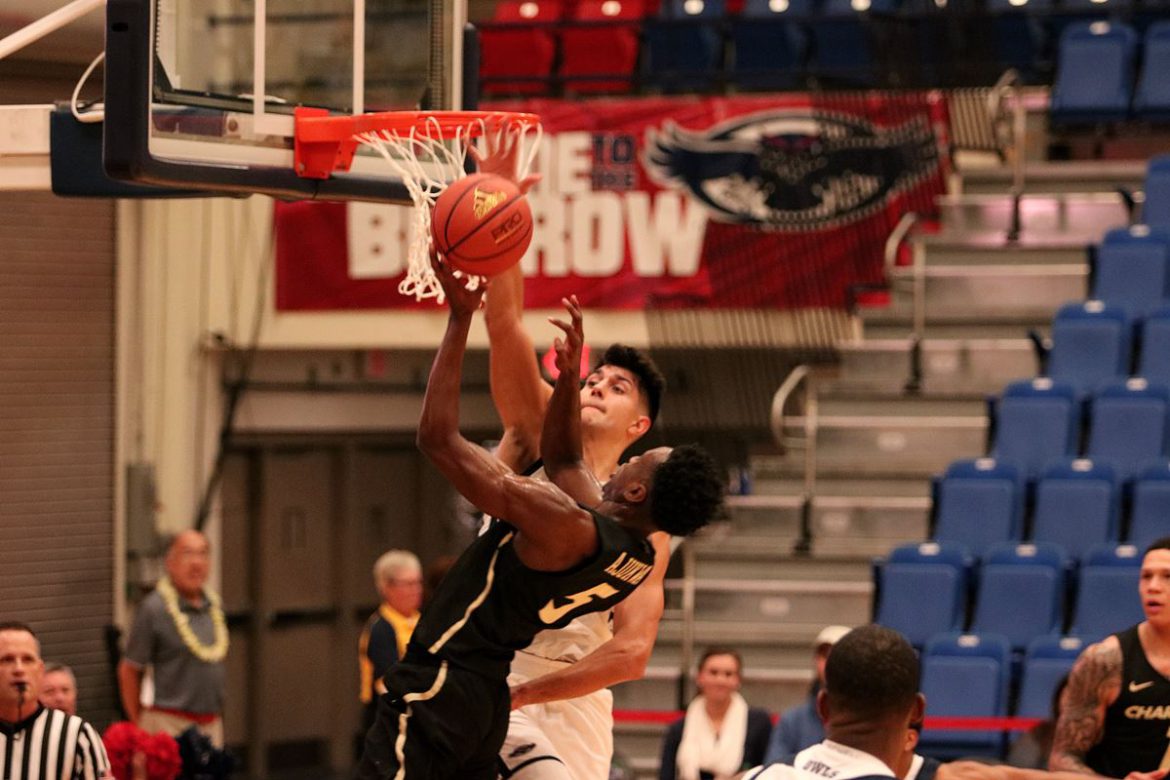 Comforts of Home
Big games from two players not normally counted on for scoring pushed FAU past Charlotte, giving the Owls their first home win in C-USA play.

BOCA RATON – FAU finally grabbed what’s proven recently to be an elusive home conference win by dominating Charlotte 75-64 on Thursday in The Burrow.

Two surprising performances from the front court paced the Owls. With Ronald Delph missing nearly half of the first 20 minutes because of foul trouble, Amir Smith came off the bench to score a career-high 11 points while grabbing eight rebounds.

Starting forward William Pfister, not normally known for his scoring, posted the same numbers in each category.

Smith’s acrobatic slam off a half-court alley oop pass from Justin Massey midway through the first half brought The Burrow crowd to life and proved to be the play of the game.

When the ball left Massey’s hands, Smith didn’t think he’d be able to reach it.

“He threw that one really high,” Smith said. “Normally when I see a bad pass I let it go, but I was like, coach, he wants me to jump.”

FAU never trailed on Thursday and led by as many as 14.

With Delph on the bench for the final 8 minutes of the first half, Charlotte trimmed what was a double-digit FAU lead to a single point with 4 minutes remaining. FAU responded with a 13-0 run to finish the first half.

Charlotte drew within six three times in the second half, but FAU won the game going away.

Massey led all scorers with 19 points.

Moving Forward: Massey scored 17 points of his 19 points in the first half. …Pfister and Smith both hit five of his seven shots on the night. Pfister also had four steals. …FAU out-rebounded Charlotte 36-31.

Moving Backward: Delph struggled, shooting two for nine from the field and only scoring six points on the night. …FAU turned the ball over 12 times, including five from Jailyn Ingram. …FAU only converted nine of 16 free throw attempts (56 percent).

Key Stat: 50 – percent shooting for FAU behind the three-point line, led by Massey’s 5-for-8 night.

Up Next: FAU hosts Old Dominion Saturday at 2 p.m.