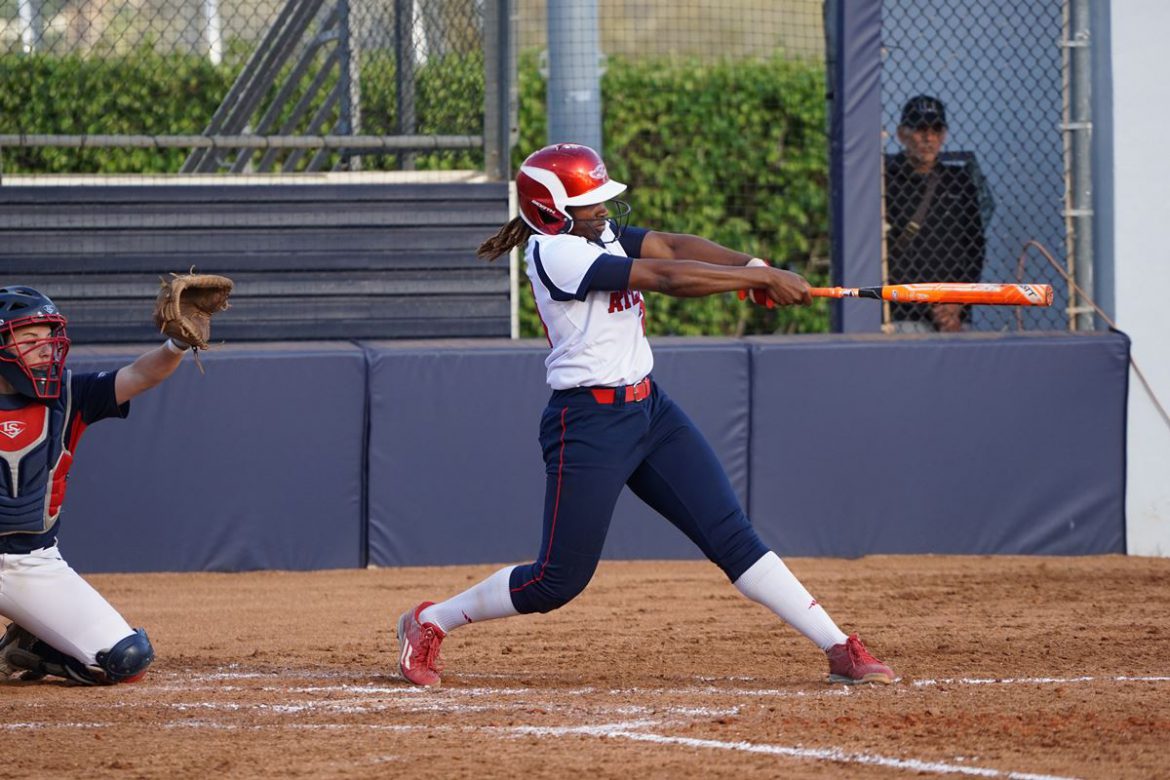 One Track Minds
FAU softball enters this week's C-USA Tournament knowing it likely has to win it all to extend its streak of NCAA Tournament appearances.

For coach Joan Joyce and her FAU softball team, the Conference USA tournament offers the Owls a chance to deliver on the promise of a season that thus far has failed to live up to lofty expectations.

Picked to win C-USA prior to the start of the season, the Owls enter the tournament, which begins on Wednesday, seeded fourth among the eighth teams.

“The way I see it, I think it’s wide open,” Joyce said. “I think that anybody in the field could win.”

The Owls season hasn’t exactly been bad. They sport a 35-10 record and an RPI of 54 entering the tournament. But with second team All-American pitcher Kylee Hanson returning to the mound, these Owls figured to be a Top 20 team – if not better.

Hanson, however, hasn’t been on the mound. Having torn ankle ligaments in the early weeks of the season, Hanson only appeared in six games and won’t be available for the postseason. (FAU is applying for a medical redshirt, so Hanson should be back next season.)

The bigger problem is that FAU has struggled throughout the season to get timely hits.

“It just looks like we have holes in the line-up, but it’s not the same holes all the time,” Joyce said.

Shortstop Emily Lochten, the only FAU player to earn first team All-Conference USA honors this season, is one Owl who hasn’t struggled. Her 18 homers – three more than any other C-USA player – and 58 runs both led C-USA and made the junior a leading candidate for C-USA Player of the Year.

“I think she should be,” said Joyce, one day before C-USA selected Morgan Zerkle as its Player of the Year instead.

Outfielder Rickey Delaney, a second-team all-conference outfielder, was the only other Owl position player honored by C-USA on Tuesday.

FAU will open it’s tournament by facing the winner of the Western Kentucky vs. UAB game at 6 p.m. on Wednesday. The Owls swept WKU this year and did not face UAB.

Should the Owls win that opening game they would move on to face top seed Marshall in the double-elimination portion of the tournament. The Owls lost all three games by a total of five runs to the Thundering Herd this season, in a series where FAU was plagued by travel issues.

FAU enters the tournament having lost two of its final four games. Those losses likely mean that the Owls need to win the C-USA tournament to secure a third-consecutive NCAA berth and the 13th overall under Joyce.

“I would think so,” Joyce said. “We were sitting good before we went on this trip but we ended up losing two games on the trip. That could hurt us. I don’t know how bad it will hurt us.”

One Track Minds
FAU softball enters this week's C-USA Tournament knowing it likely has to win it all to extend its streak of NCAA Tournament appearances.
was last modified: May 9th, 2017 by Chuck King
May 9, 2017 0 comment
1 Facebook Twitter Google + Pinterest