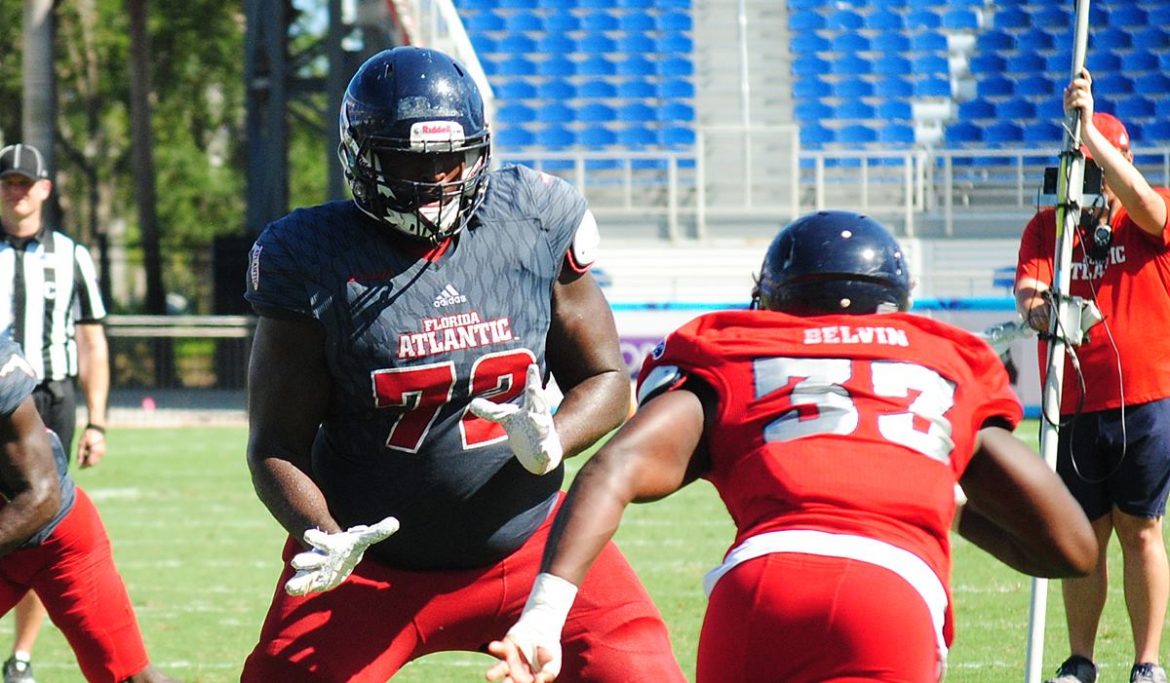 FAU moved Doug Johnson from backup left tackle to right tackle earlier this week. While Robinson has been working with the first team all spring while awaiting Ashley’s clearance to practice, Johnson finished Thursday’s practice with the first team.

“He has really done a good job,” Kiffin said of Johnson. “He’s changed his body. We thought he was a really good recruit when we signed him with a lot of potential. He just had to get in shape.”

Ashley, a highly touted transfer from Auburn who the Owls were counting on to start this season, never took the field during fall camp because of illness. On Tuesday Ashley packed up his locker and headed back to Orlando, saying he was transferring again to be closer to his wife.

Though Kiffin said his first-team offensive line had preformed “well” this fall, that group, which included Robinson, had frequently succumb to defensive pressure and failed to open holes during Saturday’s first spring scrimmage.

Both Robinson and Johnson are redshirt freshmen, and Ashley’s defection leaves the Owls with precious little game experience beyond the first string.

“For whatever reason the offensive line and receivers, we end up with transfers and we’ve just struggled to keep guys, so our depth is a concern there,” Kiffin said.

“I think [left tackle Brandon Walton’s] playing really great,” Kiffin said. “The left side’s a little further along than the right side.”