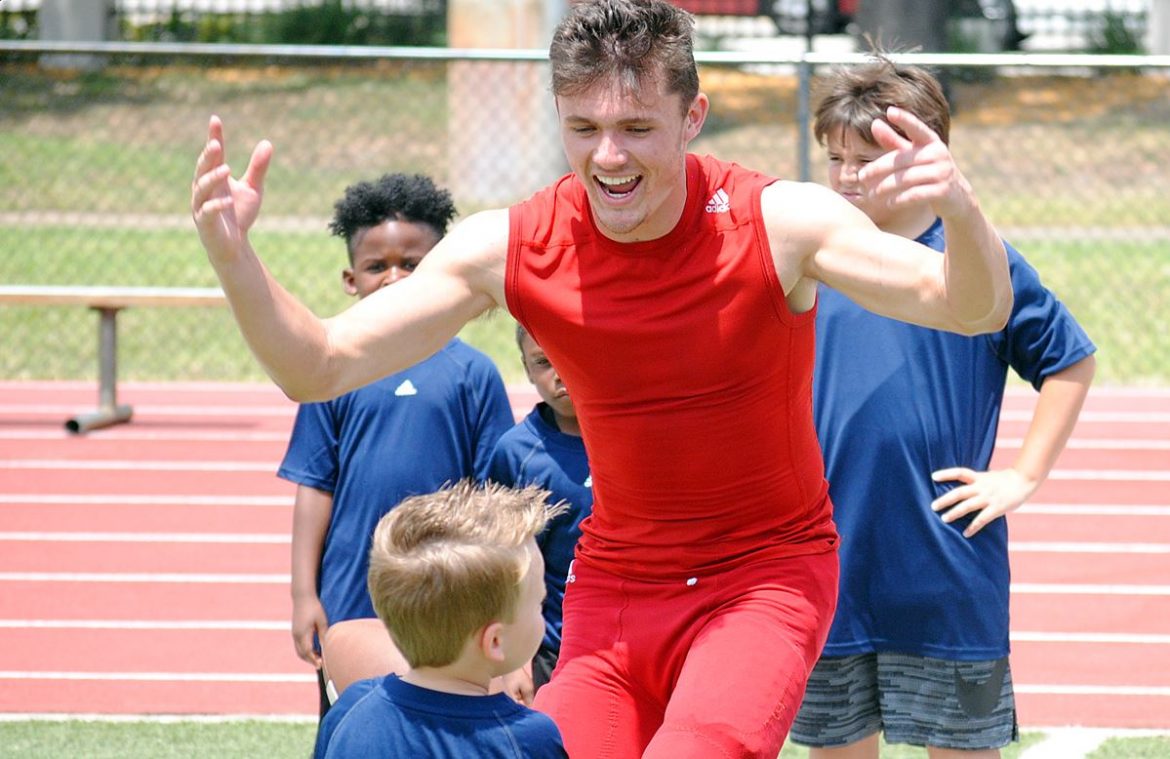 Ailing Owls
Dante Cousart is expected to remain in West Virginia and undergo surgery to repair what appeared to be a lower leg injury - one of several Owls banged up at Marshall.

FAU punt returner/wide receiver Dante Cousart will remain in the Huntington, W. Va. at least overnight and maybe a couple of days after suffering an injury that coach Lane Kiffin said will require surgery.

Cousart, a redshirt junior, incurred a lower leg injury while returning a punt five yards to the FAU 20 late in the third quarter of the Owls’ 31-7 loss at Marshall.

Teammates had to carry Cousart to the sideline, where he was then carted to the locker room. Not long after Cousart exited the stadium on a cart.

The return was Cousart’s second of the game and fourth of the season. It was also his longest of the year.

“We got pretty beat up today, especially on offense,” Kiffin said.

Quarterback Chris Robison and wide receiver Jovon Durate were among those forced to leave the game because of injury.

No injury, however, will have a bigger long term impact on the Owls than the loss of defensive leader Azeez Al-Shaair. The preseason Conference USA Defensive Player of the Year tore his ACL during Tuesday’s practice.

Following the loss to Marshall, Kiffin addressed the injury publicly for the first time.

“Very difficult this week in practice,” Kiffin said. “We got results back. ACL done for the year. Our hearts go out to him. It stinks for him, but our guys kind of rose to the occasion on that side of the ball and played well.”

Andrew Soroh drew the start in place of Al-Shaair and led FAU with a career-high 13 tackles, including one sack.

TURNING POINT: Trailing 17-7 a little past the midpoint of the third quarter, Lane Kiffin elected to try to convert a fourth-and-one from the Owls’ own 13. Kerrith Whyte raced to the right side, where a host of Marshall players smothered him for no gain. Marshall took over possession and scored on the ensuing play. Afterward, Kiffin defended the decision. “To punt the ball into that wind for 30 yards doesn’t make a whole lot of difference,” Kiffin said. “We needed a spark and weren’t playing very well on offense.”

3 – First half turnovers committed by FAU, two interceptions and one fumble.

8 – Tackles credited to Andrew Soroh in the first half, including one sack. Soroh started in place of Azeez Al-Shaair.

12 – Tackles on the day by linebacker Rashad Smith. who was everywhere on Saturday.

40 – Yards rushing for Kerrith Whyte to lead the Owls. His 29-yard run on third and 11 set up the Owls’ lone touchdown. Whyte also had a costly first-half fumble.

233 – Rushing yards for Marshall, with much of that coming late against a worn-out FAU defense.

UP NEXT: FAU returns home for a Friday night game against Louisiana Tech. Kickoff is scheduled for 6:30 p.m. and the game will air on CBSSN.

Ailing Owls
Dante Cousart is expected to remain in West Virginia and undergo surgery to repair what appeared to be a lower leg injury - one of several Owls banged up at Marshall.
was last modified: October 20th, 2018 by Chuck King
October 20, 2018 0 comment
2 Facebook Twitter Google + Pinterest