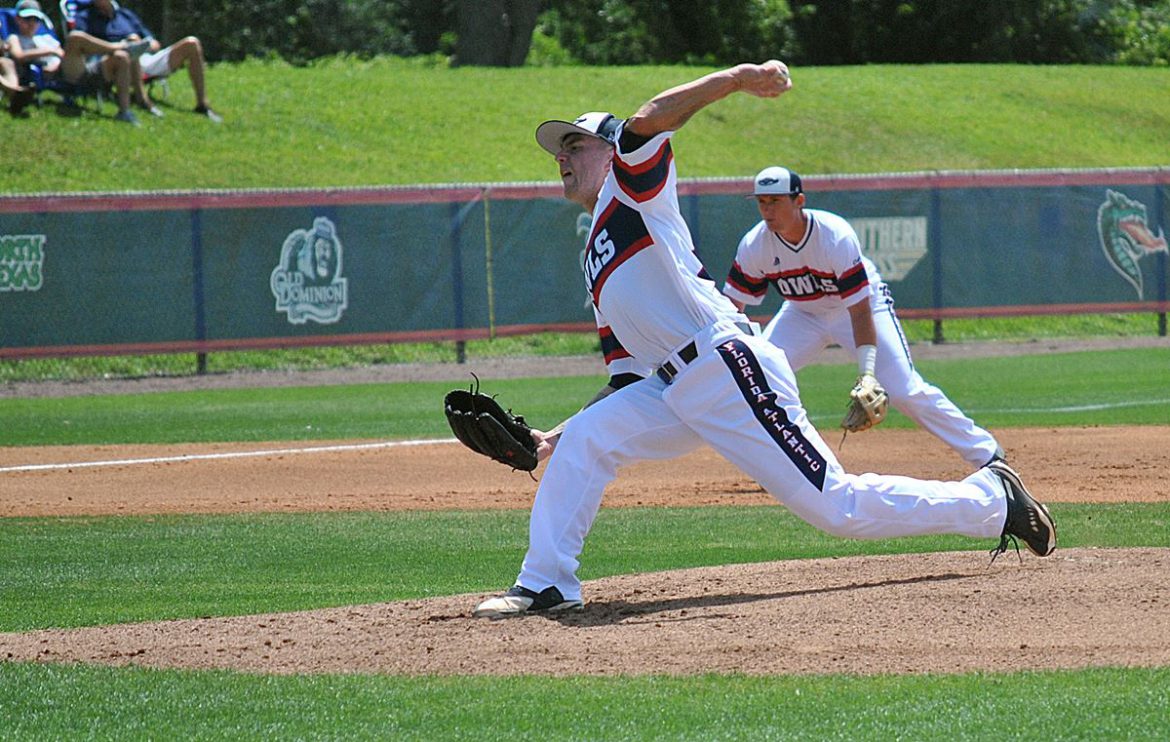 BOCA RATON – Jake Miednik’s eight shutout innings on the final day of the regular season grabbed the attention of Conference USA coaches as they prepare for this weeks Conference USA tournament.

The conference named Miednik its final Pitcher of the Week following Saturday’s outing where the left-hander led FAU to a 3-0 victory over Old Dominion.

McCormack and his Owls depart Boca Raton for the Conference USA tournament on Monday.

Throughout the final week of the season McCormack attempted to rest his pitching staff, limiting everyone other than Miednik to about 50 pitches.

As of Sunday evening, McCormack had yet to determine who will get Wednesday’s start. The obvious choice would be Alex House, who spent most of the season as the Owls’ Friday night starter.

House, a junior right-hander, allowed two runs on five hits and four walks in 5 2/3 innings to earn the win against Rice on March 31.

McCormack said he’s also considering doing what he did for the series opener against ODU this past weekend: starting Kyle Marman, normally a reliever, and hoping for three innings; then bringing in House as a reliever. House excelled in that role, needing only 50 pitches over the final five innings to notch his first career save.

“I see a scenario where we kind of do what we did this Thursday,” McCormack said.

One certainty is that Miednik won’t appear in Wednesday’s game.

If the first round progresses as seeded, FAU would face ODU once again on Thursday. McCormack isn’t sure Miednik, working off only four days rest, would be ready for that game, either.

“In theory you’d like to have Jake ready for Old Dominion but I don’t think that’s possible,” McCormack said. “Thursday might be a stretch.”

No. 2 Old Dominion opens its tournament against No. 7 FIU.

By claiming the No. 3 seed, FAU ensured it won’t have to face top seed and regular season champion Southern Miss until the championship game – provided both teams get that far.

FAU likely needs a deep run in the Conference USA tournament – and may even have to win it – to earn a third consecutive bid to the NCAA Tournament.