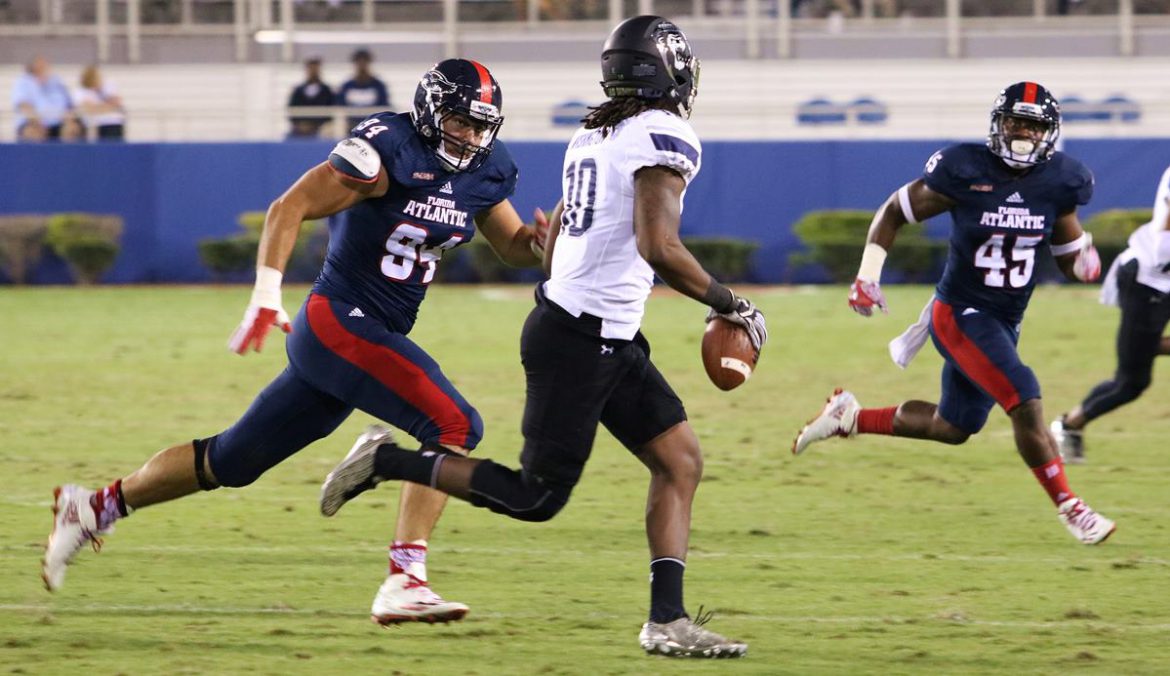 Wearing Down
Partridge intends to soften the FAU practice schedule this week to avoid the fatigue that struck during the second half of Saturday's ODU loss.

BOCA RATON – Charlie Partridge intends to take it easy on the Owls during the season’s final week of practice in an effort to to avoid the fatigue that set in during the second half of FAU’s loss to Old Dominion on Saturday.

“We’ve just got to really back off this week in terms of the physical stuff we do but that’s the challenge, finding that balance to do what you need to do to be ready to play the game and find a way to win but also back off and do everything we can to get their legs back,” said Partridge.

The Owls are 3-8 heading to Middle Tennessee on Saturday for what will be their final game of the season.

An FAU win would keep the Owls from posting a 3-9 record for the third time in Partridge’s three-year tenure.

To get that win, FAU will rely heavily on the work put in thus far this season.

“You do have to bank all the reps you’ve invested at getting guys ready with fundamentals – looks that we’ve seen a lot of that Middle Tennessee also shows,” Partridge said. “You’ve got to bank some of those previous reps and back it down to walk through and try to get on and off the field as quick as you can this week in practice.”

Two players, wide receiver Kalib Woods and linebacker Azeez Al-Shaair, both mentioned feeling fatigued during the second half of FAU’s 42-24 loss on Saturday.

FAU managed only 158 yards of offense and three points during the final 30 minutes of that game. The defense, meanwhile, surrendered 359 yards and 29 points to the Monarchs during that period, turning a 21-13 Owls lead into an 18-point Florida Atlantic loss.

“I felt it at halftime,” Partridge said. “I was concerned about their fatigue level. It was probably part of the factor there in the third and fourth quarter, quite honestly.”

Part of that fatigue might have been mental – the student part of the student athlete life withdrawing energy during the week.

“I backed off a little bit last week because all the papers and tests and things – and that’s part of being college student-athletes – but as a collective team we were loaded up last week,” Partridge said. “A lot of professors want to get those in before Thanksgiving week and we backed off a little last week and we’ll need to back off some more against this week from how long we’re out on the field.”

This week’s practices will also have a different tone from previous weeks.

Throughout the week Partridge will give seniors the option of addressing their teammates about topics of their choose.

“I’m not going to require it, but I’m going open that opportunity to those guys to give any advice they have, to talk about their experience here, to share what they’ll miss and what they won’t,” Partridge said.

There will be changes on the practice field, too.

On Friday, before leaving for MTSU, FAU will move practice to FAU stadium. At the end of practice he plans to have the players form a tunnel through which the seniors will run through before drilling a tackling dummy – a ceremonial final hit at Howard Schnellenberger Field.

“We honored (the seniors) this last week for their last game in Boca but this is their last game together, so I know guys will be motivated to do everything they can to send these seniors out with a win,” Partridge said. “It will be an emotional week.”

Wearing Down
Partridge intends to soften the FAU practice schedule this week to avoid the fatigue that struck during the second half of Saturday's ODU loss.
was last modified: November 21st, 2016 by Chuck King
November 21, 2016 0 comment
0 Facebook Twitter Google + Pinterest