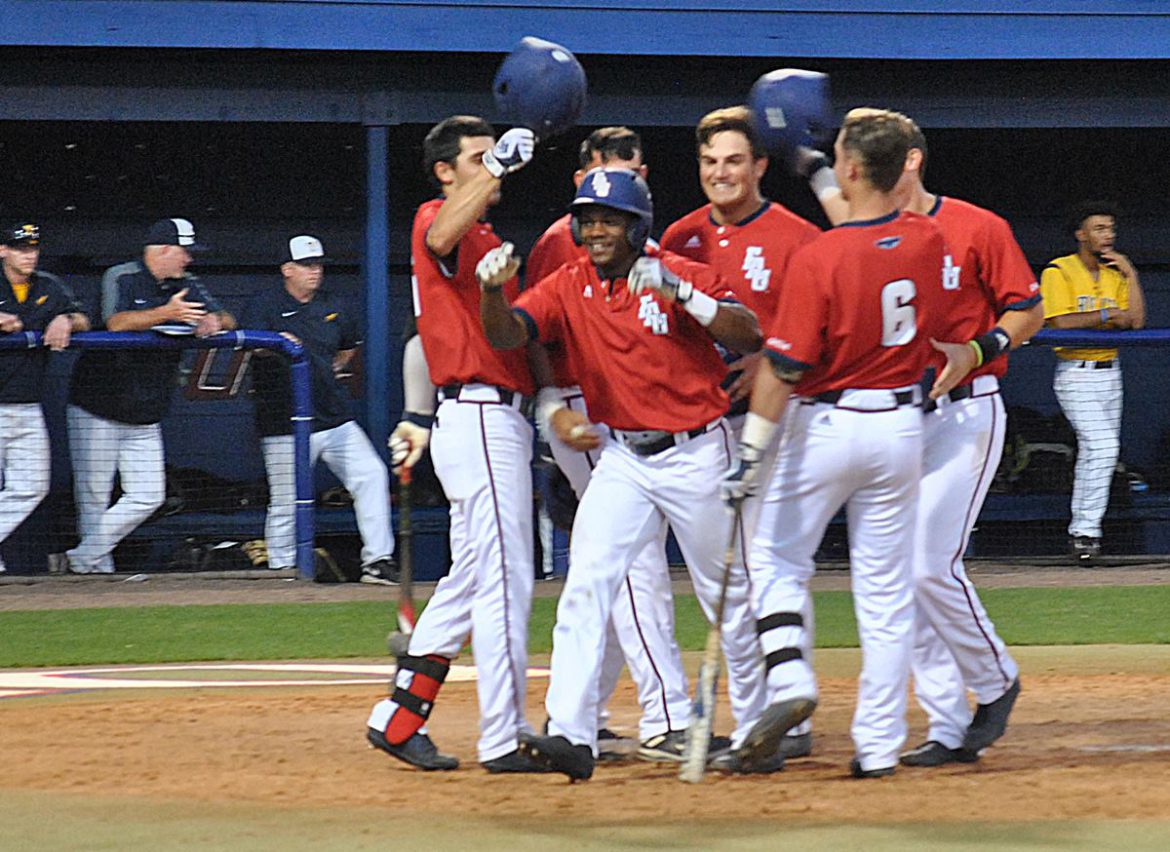 BOCA RATON – Before Aldrich DeJongh stepped into the batter’s box for what would become the biggest at-bat of the freshman’s career, coach John McCormack called him over for a brief chat.

“I said, All we need is just a really good at-bat. Let the ball get deep. You’ve got quick hands,” McCormack said.

With FAU trailing Toledo 8-4 in the seventh inning, DeJongh, the speedy but light-hitting outfield reserve, drove a no-doubt home run over the right field wall, tying the game at 8.

Listed at 5-foot-9 and 160 pounds, DeJongh, doesn’t hit many homers, but he knew this one was out the moment he hit it.

“The greatest feeling ever – a home run to tie it up,” said DeJongh.

The Owls have benefited from some wind-blown homers over the past couple weeks. DeJongh’s grand slam would have been out of most any ballpark on most any night.

“The distance kind of surprised me but him hitting it out didn’t surprise me,” McCormack said.

FAU trailed 7-0 after 3 1/2 innings before roughing up the Toledo bullpen for the second consecutive night.

On Friday night the Owls broke open a tie game with a seven-run eighth. On Saturday, DeJongh’s homer was part of an eight-run seventh.

Four batters after DeJongh’s homer, David Miranda drove a fly ball into the right-field gap that had enough carry to clear the wall, giving the Owls their first lead of the game at 10-8.

FAU added another run in the eighth and Cameron Rasdale closed out the ninth, earning his third save.

Moving Forward: Pedro Pages enjoyed his first three-hit game… Andrew Jones threw two shutout innings in relief…Miranda has been an offensive force of late. He drove in two and scored twice on Saturday.

Sliding Backward: Tyler Frank and Eric Rivera were held hitless from the top of the FAU lineup…The hot-hitting Gary Mattis went without a hit and committed two errors… FAU’s outfield defense was deplorable on Saturday. Rivera got a bad jump on a ball that should have been caught but got over his head, then let a roller get through his legs. DeJongh ran down a ball in the gap but made an awkward, unsuccessful, sliding attempt to catch it. …FAU left 11 runners on base.

Key Stat: 10: Walks for FAU on the afternoon. The Owls also had three batters hit by pitches.

Up Next: FAU will go for the sweep of Toledo on Sunday morning. First pitch has been moved up from noon to 11 a.m. because of expected bad weather.

-Jake Elman contributed to this story.