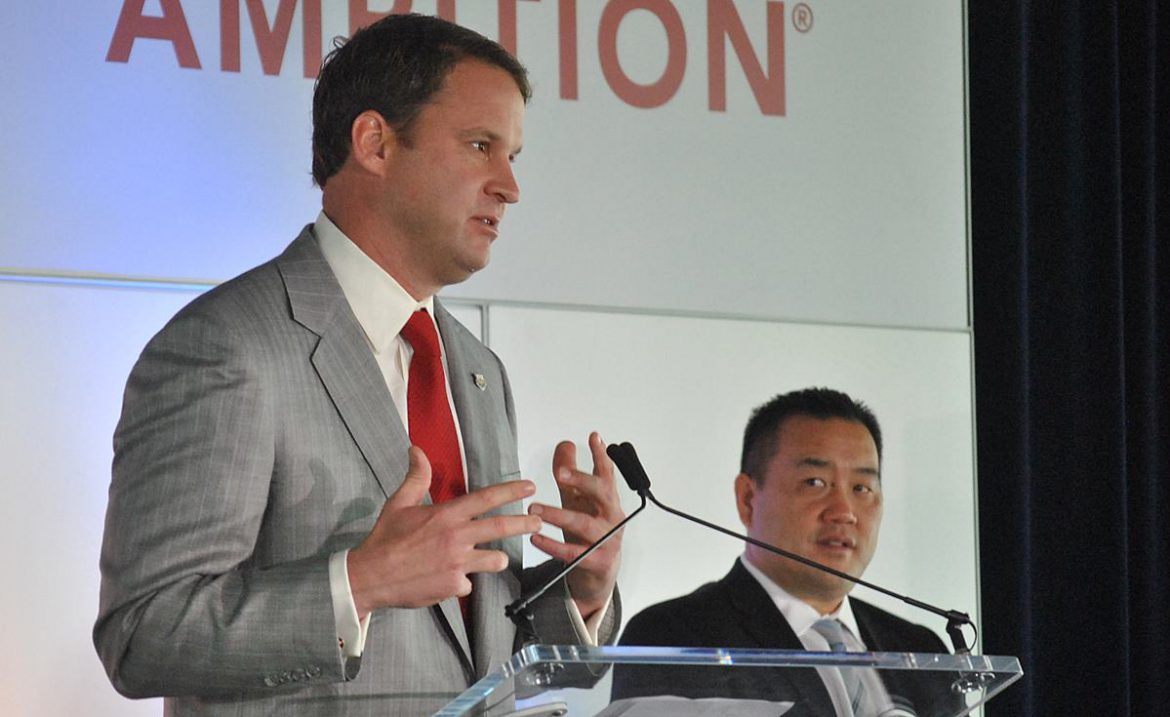 Kiffin, the Alabama offensive coordinator, comes to FAU with the reputation of being a tempestuous coach – brash and sometimes maddening off the field, but a winner once Saturdays kick off.

He’s only 41, but Kiffin’s already been the head coach of three different teams: Southern Cal, Tennessee and the NFL’s Oakland Raiders.

In this instance, Kiffin’s age, especially his youth at the time of his head coaching stints, may have worked to his advantage.

“I think part of the assessment was, how much do people change over time?” Chun said. “And I didn’t know him before, but the changes that could have happened working for three years with a master coach? I’ve seen it first hand working with Jim Tressel and Urban Meyer, their impact on assistant coaches and how they change, how they can help change someone and improve them. When you sit and talk with him it’s abundantly clear that his collective set of experiences make him an extraordinary coach.”

Chun’s time as an assistant AD at Ohio St. afforded him the chance to study how Tressel and Meyer operate. He believes Kiffin can become a similarly successful coach.

“The Lane Kiffin I’ve gotten to know is a very humble man who’s at peace with his career and wants to write a legacy here at Florida Atlantic like something that’s never been written here before.”

Chun admits there’s some risk involved in bringing Kiffin to Boca Raton, but he rightly point there is risk in any hire. Some believe that Kiffin is using FAU as a halfway house to rehabilitate his reputation and is one season away from looking for a Power 5 job.

FAU protected itself against a brief Kiffin stay by adding a hefty buyout clause to the contract. Should he leave after one year he owes FAU $2.5 million. After two it’s $2 million. The buyout drops $500,000 each year of the five-year contract.

Since Kiffin is only making $950,000 per year, FAU would stand to make more than $1 million dollars on the transaction should he leave following the 2017 season, regardless of bonuses earned.

Some other tidbits from Kiffin’s contract:

Chun said Kiffin’s availability to remain as Alabama’s offensive coordinator was never part of the negotiation.

Kiffin will remain with Alabama until the Tide’s season is complete. He said on Tuesday that he’ll essentially establish a remote FAU office in Tuscaloosa and will likely interview some assistant coaching candidates there.

Much of the time between now and the end of Alabama’s season is covered by an NCAA recruiting dead period, which began on Monday.

“I don’t know that I need to be here because there is no recruiting, so you can’t have anybody on campus,” Kiffin said. “I think I can really do everything I need to do up there.”