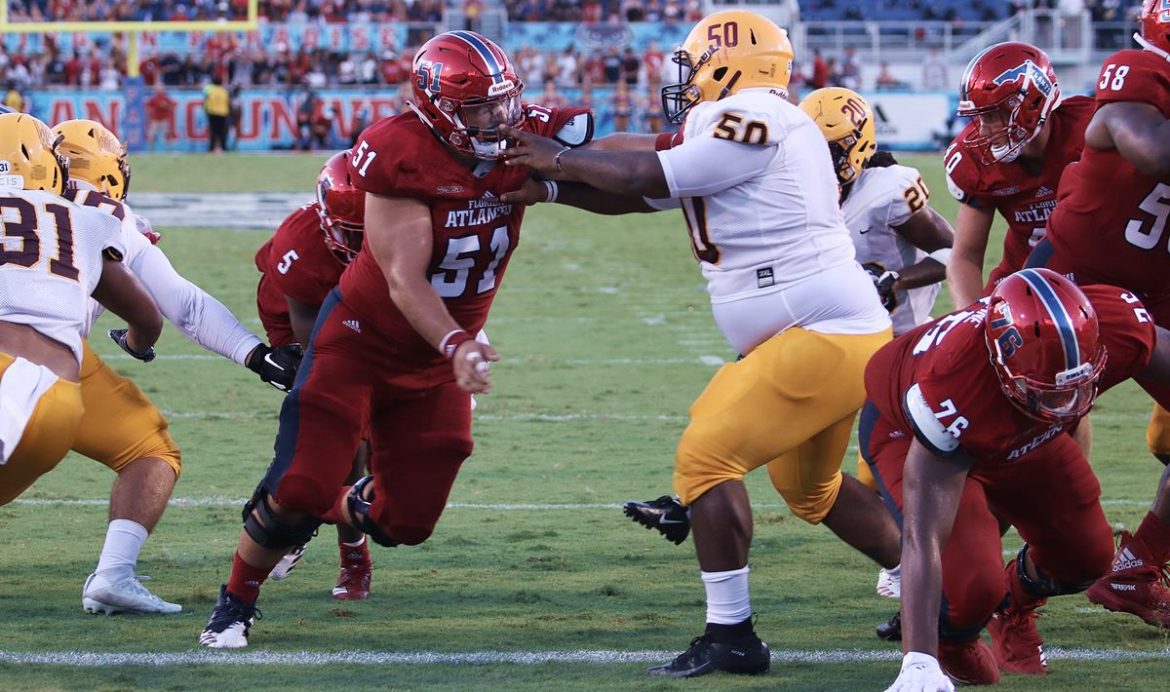 “I feel like we’re overthinking a lot of things,” Walton said. “I really think this week in practice we need to go back to basics – just go straight ahead, old-school line play. Just be aggressive and be more dominant up front – really change the line of scrimmage on each play.”

There are many sources for coach Lane Kiffin’s consternation over the Owls’ poor start offensively to the season.

But the biggest issue of all has been a porous offensive line.

Kiffin spent much of camp publicly praising the Owls’ offensive line play, but even he had to abandon that thread following Saturday’s blowout loss to No. 18 UCF.

“We played very poor up front, especially at left guard again and right tackle,” Kiffin said. “That led to some disaster plays of not blocking the person you are supposed to block. That led to a lot of negative plays.”

FAU poor offensive line play is most noticeable on passing plays, which have resulted in nine sacks and countless hurries over the first two games.

It’s in the running game, where the Owls are only averaging 2.0 yards per carry, that the performance is even more problematic.

“We take a lot of the blame for that because we haven’t really established our running game yet,” center Junior Diaz said. “In order to be a successful offense you’ve got to establish the running game. We haven’t done that yet.”

It’s also true that with four current starters who saw significant playing time last season – three returning starters, one key reserve – the Owls thought they would be much better this season.

Players say that thinking too much about their assignments is causing them to play a step too slow, leading to missed blocks and miscommunication.

“We’ve got to play more aggressive and finish our blocks better, which to me it’s more of a mentality thing that I think we have but we haven’t been using it,” said Diaz, one of the returning starters. “It hasn’t come out yet, but I think it will.”

To help with the perceived overthinking, FAU is simplifying some of its blocking schemes this week in preparation for Saturday’s opponent, Ball St.

In that game, for the first time this season, the Owls won’t be outclassed by superior talent along the line of scrimmage.

“We’ve just got to play better on the offensive line,” said BJ Etienne who, at left guard, is a starter at one of the positions singled out by Kiffin for poor play. “We’ve got to lead the team.”

FAU did receive some help along the offensive line this week, but it’s unclear whether the addition of Desmond Noel will be beneficial for this season.

Likely a guard, Noel (6-foot-5, 310) has been granted immediate eligibility, but still has to learn the playbook and get into good enough football shape to play in the Owls’ uptempo offense.

FAU attempted to sign Noel in December during the early signing period, but the Fort Scott C.C. product chose Colorado St. instead. Noel began his college career at Ohio. 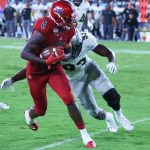