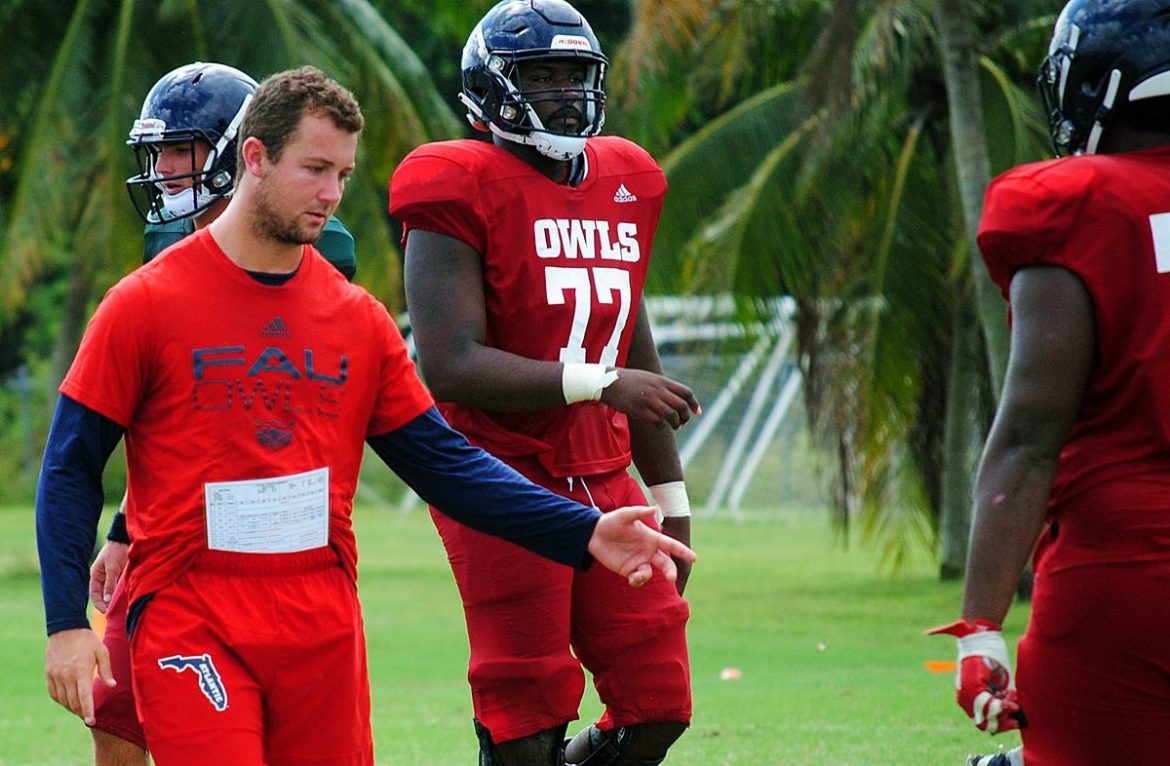 BOCA RATON – The man behind the soul-robbing play that began FAU’s decline last season spent this past week trying to ensure Saturday’s game ends differently for the Owls.

One year ago Brent Stockstill’s fluttering Hail Mary of a pass found the arms of Gatlin Casey for a two-point conversion in the final seconds of a 25-24 Middle Tennessee victory over FAU.

“Kind of started our downfall, screwing that game up a year ago,” Kiffin sad. “Tough to still watch.”

Stockstill led the Blue Raiders to the Conference USA championship game last season. After his graduation from MTSU, he left Murfreesboro for Boca Raton and now serves as an offensive player personnel assistant for the Owls.

MTSU’s career leader in passing yards and passing touchdowns while playing for his dad, Blue Raiders coach Rick Stockstill, Brent will be on the opposing sideline from his father for the first time.

Kiffin, who also comes from a football family, had some fun with the Stockstill father-son relationship during Thursday’s radio show, joking that the staff made Brent leave this week’s strategy meetings so that he wouldn’t have information to pass on to his father.

Earlier in the week he Kiffin downplayed the usefulness of having a member of his staff who formerly played or coached for that week’s opponent.

“Anytime you have a, usually it is a coach coming, in this case a player coming, it is probably overrated a little bit,” Kiffin said. “You see all the time staffs coming from a place and doesn’t beat the team they come from. So, it helps with personnel. If they have scheme questions on defense, why do they do this? What do they read on this? They can help with that.”

While MTSU’s offense is different from last year – for starter’s, Stockstill’s replacement Asher O’Hara is the Blue Raiders’ leading rusher – Spencer didn’t pass up the opportunity to pick up a few tidbits from the young offensive assistant.

“There’s a couple guys you know, just scouting report wise, he tells us what he knows about them, but after that it goes back to what they are going to do those first couple of drives to attack us,” Spencer said.

Stock Bowl
One year after MTSU to a come-from-behind victory over FAU, Brent Stockstill is trying to help the Owls beat the Blue Raiders, coached by his father.
was last modified: October 11th, 2019 by Chuck King
0 comment
1
Facebook Twitter Google + Pinterest 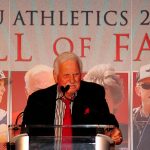 Hall of a Man