Stadium Ready
FAU AD Brian White says all areas of Howard Schnellenberger Field that were open to the public and players in years past will be open on Saturday. 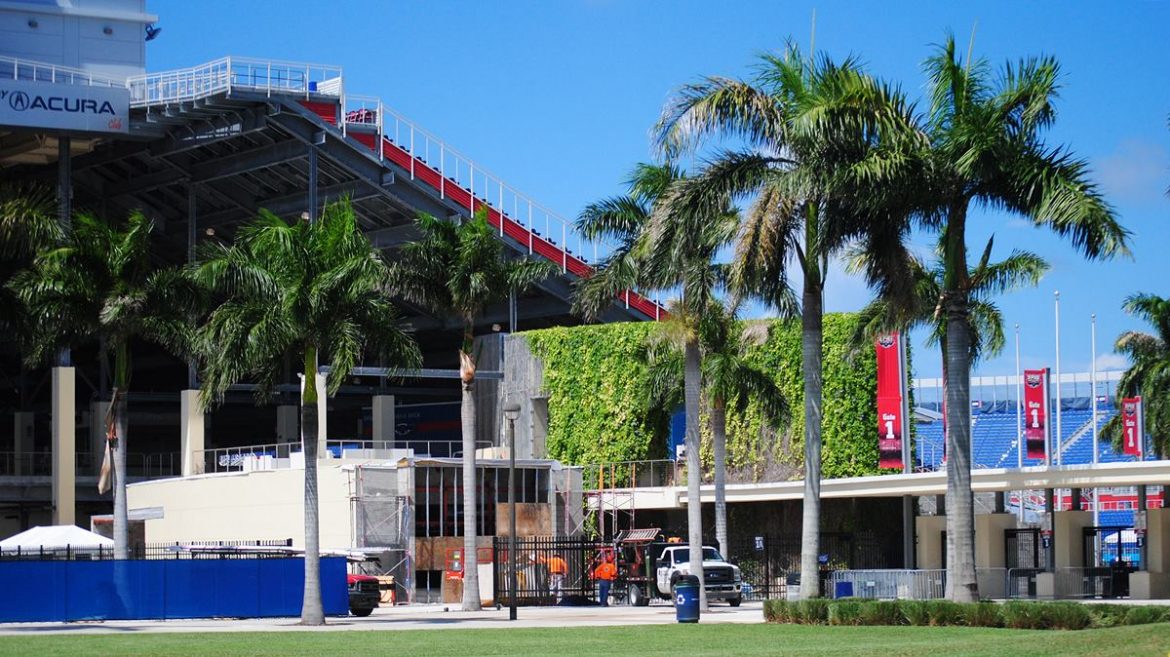 Construction continued at Howard Schnellenberger field this week but the stadium will be ready for Saturday's FAU vs. Air Force game. (OwlAccess.com photo)

White ping-ponged from the Oxley Center, which currently houses the athletic department, to the stadium, to other meetings both on campus and off, and even made a quick stop at Thursday’s night Lane Kiffin radio show.

“Fun and exciting, but I’m not going to lie. you’re not sleeping a whole lot because you’re thinking about every single thing,” White said. “A lot of it, you want to make sure everything goes smoothly and is at least as good or better from a customer service standpoint than in the past.”

Construction continued this week as the Owls renovate Howard Schnellenberger Field in preparation for Phase I of the forthcoming Schmidt Athletic Complex, but all areas of the stadium that were open to fans in previous years will be accessible for Saturday’s 2 p.m. home opener against Air Force.

Players will enjoy an enlarged locker rooms, conference rooms and new player areas on Saturday. As of Wednesday afternoon most players hadn’t seen the finished product.

“I’ve heard, definitely heard, people wondering about whether or not we’ll be done by the season, but it’s one of those, we had all hands on deck, we had a lot of support,” White said. “We have a good facility staff. I’ve been impressed since I’ve been on board here both on campus and in athletics.”

The only incomplete portion of the renovation is the hydrotherapy tubs, which are expected to become functional in the coming weeks.

“It looks awesome,” said White, who came to FAU from Missouri. “It looks like a really high level facility.”

The construction forced the Owls to move their school-sponsored tailgate parties from the lawn area west of the stadium, which will be fenced off from the public, to the the grassy area south of the stadium.

White instituted several fan-friendly policies for the season. He’s asked food and beverage provider Chartwells to add additional bartenders at the tiki bar in the Hyundai level to reduce lines.

All fans entering the stadium with a bag will have that bag searched, but FAU is working to institute express lanes for people who don’t have bags.

As part of FAU’s new “paradise pricing” plan, hot dogs and sodas are only $2, domestic beers are $4, with imports costing an extra dollar.

And the first 1,000 students who enter the game will receive two free slices of pizza.

“Anything we hear from our donors or fans, we take it to heart,” White said. “We come back and say, What can we do to make that better? We’re trying to do everything we can for the game day atmosphere.”

A pregame flyover by an F-16, scheduled for 1:57 p.m., will enliven pregame ceremonies. FAU has for years attempted to have a fighter-jet flyover, but in the past had to settle for the likes of a Coast Guard helicopter or a military cargo transport. With Air Force in town, the Owls finally get their wish.

As of Thursday night FAU had sold approximately 18,700 tickets and the Owls are hopeful that more than 20,000 fans will be in attendance as Florida Atlantic attempts to extend its home winning streak to eight games.

“You come, you have a good time, you want to come back,” White said.

Stadium Ready
FAU AD Brian White says all areas of Howard Schnellenberger Field that were open to the public and players in years past will be open on Saturday.
was last modified: September 7th, 2018 by Chuck King
0 comment
1
Facebook Twitter Google + Pinterest 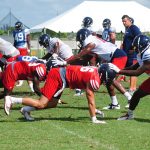