Defensive Evaluation
FAU's defense will be aggressive, but will that aggression lead to explosive plays in the passing game? Here's what is real and what needs further study from the spring. 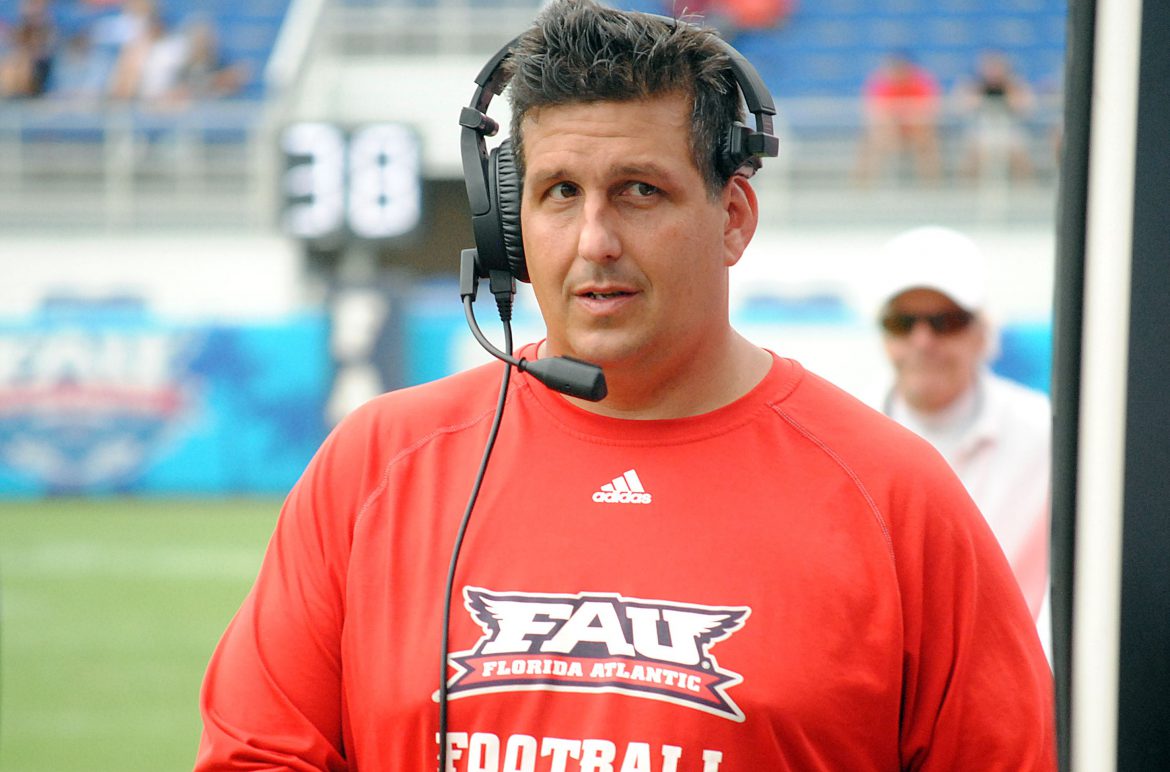 BOCA RATON – It’s time to get defensive. Fifteen practices are complete. What did FAU learn about itself over the past five weeks? On Monday our Chuck King and Wajih Al Baroudi examined what we learned about the offense. Today our attention turns to the other side of the ball.

WHAT DO WE KNOW IS REAL?
King: FAU will blitz. And it will blitz again. And then it will blitz some more. New defensive coordinator Tony Pecoraro’s scheme is aggressive, and the players have taken to it well. A veteran unit that returns 10 starters, FAU boasts plenty of experienced playmakers. In linebacker Azeez Al-Shaair and safety Jalen Young the Owls have captains who will ensure everyone is positioned properly and playing in unison. Should be fun to watch.

Al Baroudi: Defensive line depth. Ernest Bagner and Charles Cameron may be on the second-team but they have been as or more productive than the starters. The ability to rotate two-deep will keep the defensive linemen fresh while opposing offensive lines will be worn down late in games.

WHAT STILL NEEDS STUDY?
King: Blitzing leaves the back end of the defense vulnerable to explosive plays. Three times on Saturday Willie Wright found himself beyond the secondary. Had De’Andre Johnson connected on a couple of those passes, the White team would be eating steak today. Is Conference USA All-Freshman selection Willie Wright a unique talent who is that difficult to cover or will the better offenses be able to exploit FAU’s defense with deep passes?

Al Baroudi: The cornerback rotation. Converted safety James Pierre had a phenomenal spring, harassing receivers with his 6-foot-2 frame and giving them little breathing room on passes down the field. With starters Chris Tooley and Shelton Lewis still in the fold, Pecoraro will have a challenge on his hands in deciding how to divvy the snaps at that position.

WHAT WILL PROVE TO BE A MIRAGE?
King: The lack of Interceptions. FAU’s defense set the tone for a season of takeaways during fall camp last year, when defensive backs grabbed interceptions by the handfuls. The defense still made plays on the ball and did intercept two passes in the spring game, but neither of those picks were snagged by a player on the two-deep. Still. FAU returns its entire secondary from a team that finished tied for second nationally in interceptions last season. The Owls should be even better at pressuring opposing quarterbacks, which could produce even more interceptions come the fall.

Al Baroudi: Quran Hafiz as a starter. Hafiz finished the spring strong, displaying range in coverage and big-hitting ability in place of Jalen Young who battled through a nagging injury. Despite Hafiz’s success with the first-team he will head to a reserve role if Young is available. FAU, however, will find a way to ensure Hafiz contributes.

WHAT IS FAU’S BIGGEST NEED?
King: Maybe playing time? Andrew Soroh showed well in his move from safety to linebacker, but he’ll be blocked once Al-Shaair returns to full contact in the fall. Defensive end Ernest Bagner and defensive tackle Charles Cameron were two of the defense’s best performers this spring, yet they remained on the second team. James Pierre has the look of a potential star at corner, but Shelton Lewis and Chris Tooley ahead of him are proven winners. Does Zyon Gilbert or Ocie Rose play at free safety? Juggling playing time could be Pecoraro’s biggest challenge. There aren’t many holes in this defense at the moment.

Al Baroudi: Staying healthy. Along with Young working through an injury, Azeez Al-Shaair missed the entire spring recovering from offseason elbow surgery. The FAU defense has been lights-out all spring but to reach it’s peak it needs those standout seniors on the field in the fall.

Defensive Evaluation
FAU's defense will be aggressive, but will that aggression lead to explosive plays in the passing game? Here's what is real and what needs further study from the spring.
was last modified: April 24th, 2018 by FauOwlAccess
0 comment
1
Facebook Twitter Google + Pinterest