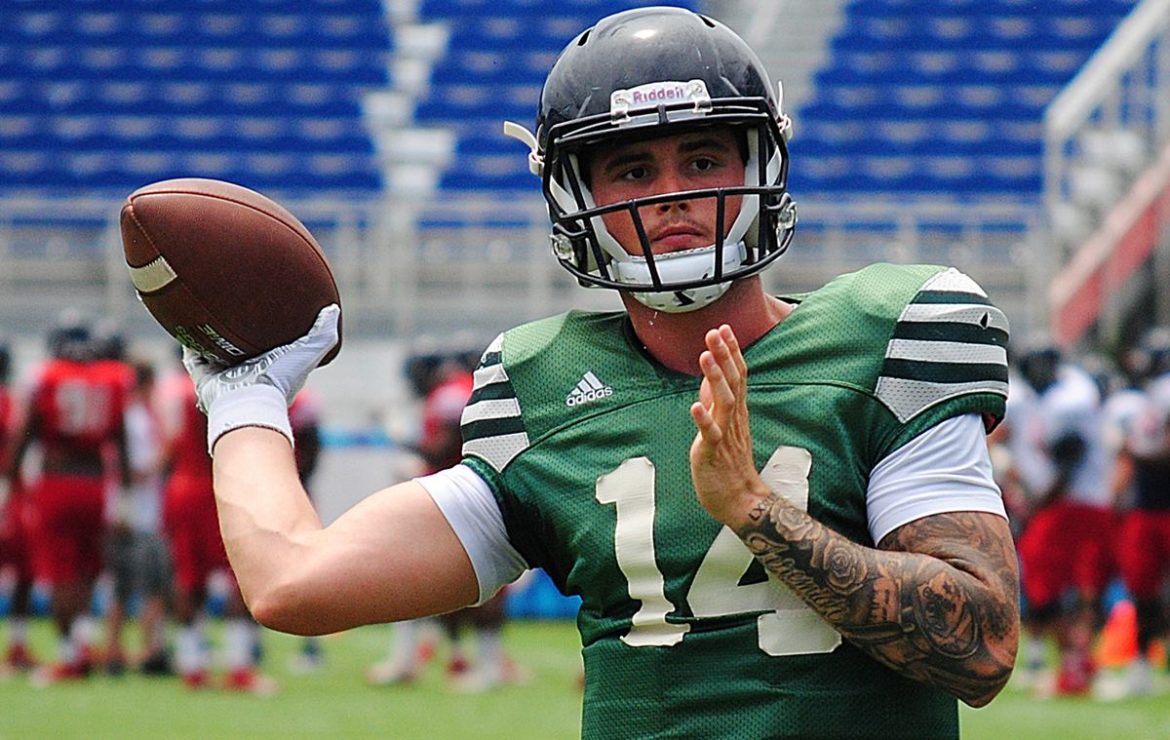 BOCA RATON – A quarterback competition that remained too close to call much of the spring fittingly ended with Justin Agner and Nick Tronti being named spring co-MVPs of FAU’s quarterback unit.

“They both did a good job,” FAU coach Lane Kiffin said. “Very similar spring, which made it difficult.”

Tronti seemed to have the advantage early in spring, but Agner finished strong.

“We push each other,” Tronti said. “And we care about each other and want what’s best for each other. I think it’s great we got to share that award today and I’m happy. Looking forward to doing it all summer and coming into fall camp.”

Neither quarterback claimed the spring game MVP award, however. On the offensive side of the ball wide receiver John Mitchell and tight end Harrison Bryant split the award. Both players caught two touchdowns for opposing teams in that game.

Walk-on guard Deon Humphrey, who moved to the starting unit after a staph infection sidelined Nick Weber for the final three weeks of spring, was one of five offensive players named most improved.

“He was a guy that was kind of like third team, fourth team, then he came up and started playing big,” left tackle Brandon Walton said. “He was making plays. He was talking. He was being active. He was helping us solve problems. That’s a big addition to our unit.”

Running back Daniel Leconte, who made big plays when healthy, joined Walton among the most improved, as did wide receiver James Brunson, center Jake Jones and wide receiver Jordan Merrell.

“I want that to be my standard going into the season,” Walton said.

John Raine claimed tight end MVP while Merrell snagged the wide receiver MVP award. James Charles began the spring as the starting running back and ended the spring there, ahead of former Alabama running back BJ Emmons, slithering and racing to his position’s MVP award. 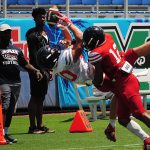 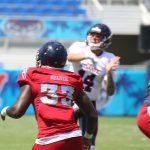