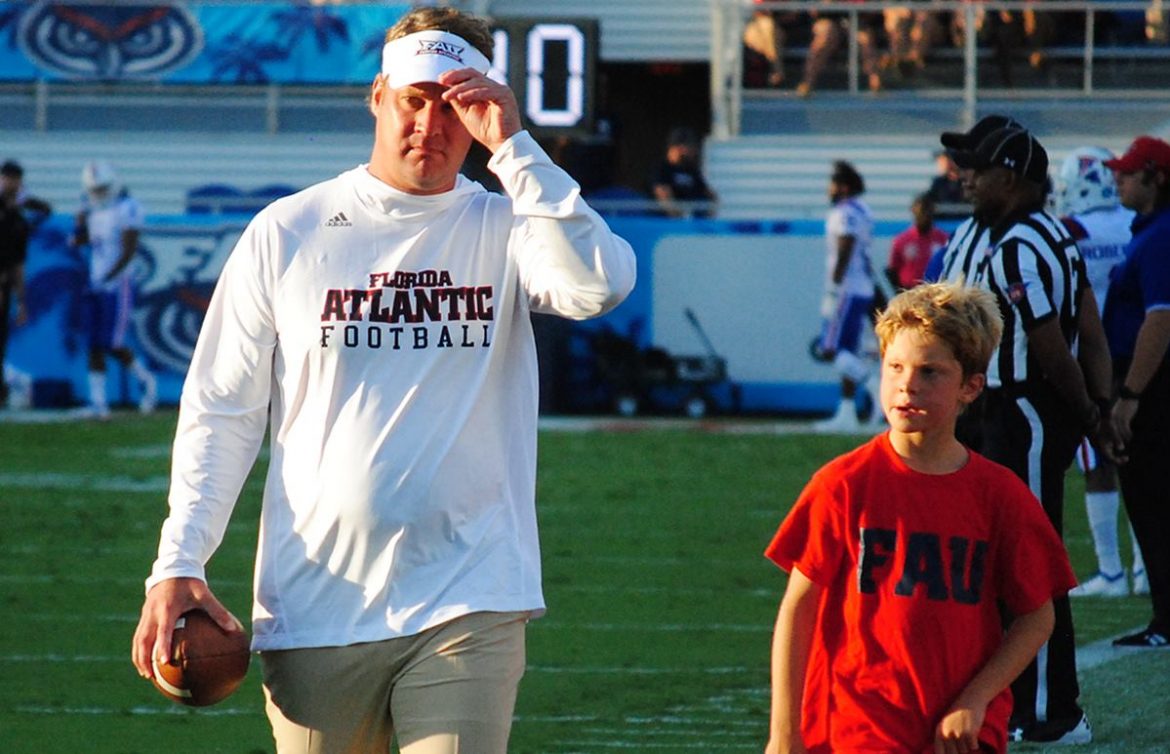 FAU coach Lane Kiffin walks the sideline with son Knox prior to a 2018 game. (OwlAccess.com photo)

Kiffin called an audible, electing the visit Dillard, the mother and newborn in the hospital. They picked up a congratulatory balloon before greeting Dillard.

“They chatted about what it was like to be a dad,” said Robison, who was also in the room and took the photo shown in the tweet below. “It was a really cool moment and a really human moment. There was no football talked about.”

Love him or hate him @Lane_Kiffin came to the maternity ward to see one of his recruits who just had a baby and talked to him about real life stuff. Not football. Coach Kiffin is a genuine guy and we appreciated having him around today! pic.twitter.com/bM08DJVWtR

Following his senior season Dillard was nominated for the Florida Class 6A Player of the Year award. FAU has been recruiting Dillard, who could play receiver or defensive back, for quite some time, but convincing him to sign with the Owls is far from a sure thing.

“Just an all-around, all three phases of the game, superstar,” Robinson said.

Dillard committed to FIU this past weekend. He had planned to visit FAU this upcoming weekend, but those plans may change.

Robinson said Kiffin didn’t bring up the topic of an official visit on Wednesday.

“Didn’t put Brian on the spot about that,” Robinson said. 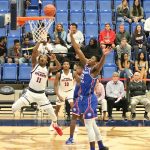