Inside Man
A pass rushing defensive end all his career, FAU is trying sack artist Hunter Snyder on the interior this spring - and likes it. 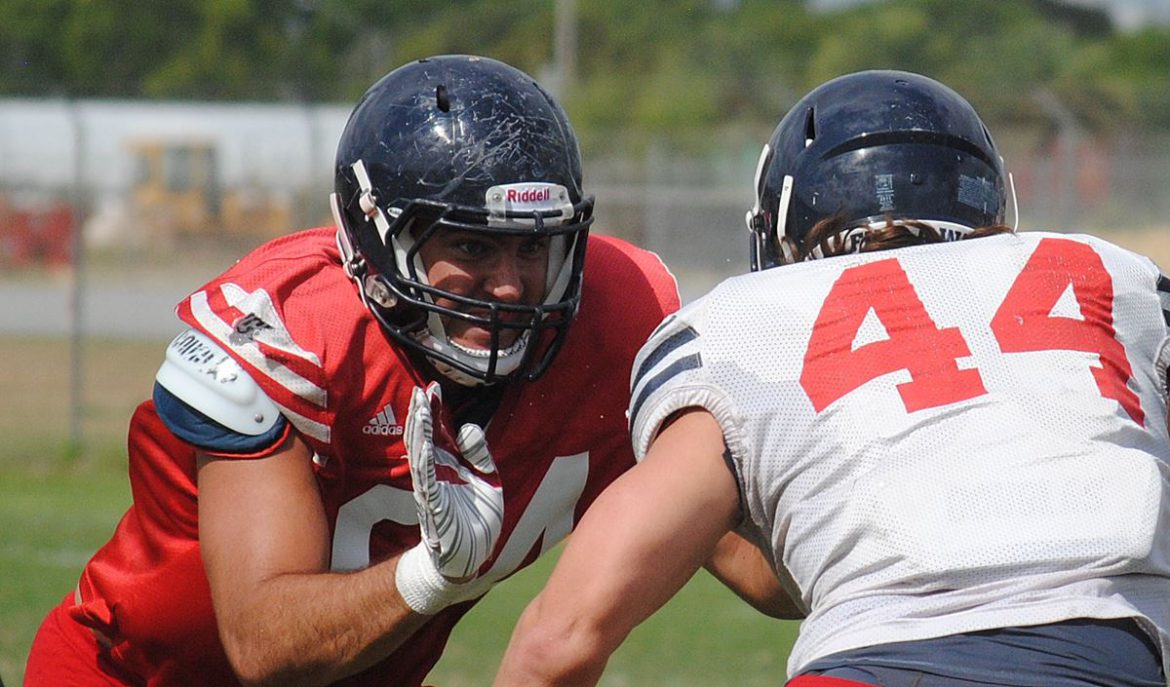 BOCA RATON – Hard to miss on the football field, Hunter Snyder is no longer as easy to find as he was last year.

This spring, the 6-foot-7, 260-pound defensive end lined up outside of both tackles. Occasionally, Snyder is even moving to the interior.

“He doesn’t have a weakness,” coach Lane Kiffin said.

Snyder, a rising senior, finished the 2017 season with six sacks and 57 total tackles.

“As productive as any of our players,” Kiffin said.

A combination of quickness and strength make Snyder a terror for tackles to deal with off the edge.

In passing situations this spring, FAU has tried Snyder on the inside, where his length makes it difficult for guards or the center to get their hands on him,

“It’s pretty cool,” Snyder said. “I’ve never done that before, but I like it.”

He’ll enter the season in fifth place on FAU’s career sack list, only needing four to climb into second place by himself.

Talent has never been the question with Snyder. His biggest issue has always been health.

A groin injury limited Snyder last spring and he’s dealt with various other injuries over the past three seasons.

“Last season I was a little banged up,” Snyder said. “I’m feeling healthy. I’m feeling great and as long as I stay healthy come the season I’m going to have a great season.”

Heading South: FAU will hold Saturday’s practice at Carter Park in Fort Lauderdale. It will be the Owls’ second spring scrimmage and is open to the public.

The scrimmage will also serve as a fundraiser for the families of the victims of February’s Parkland-Douglas school shooting. FAU football will be collecting donations from those in attendance. There will also be a youth football camp for children from kindergarten to high school immediately following the scrimmage. Cost of the camp is $20.

Kiffin hopes to have current and former NFL players work as instructors. Some current FAU players will also become coaches.

“I think it’s really important for our kids to see and to be able to get out there and help,” Kiffin said.

Marjory Stoneman Douglas is located in Broward Coutnry, as is Carter Park.

– Chuck King contributed to this report.

Inside Man
A pass rushing defensive end all his career, FAU is trying sack artist Hunter Snyder on the interior this spring - and likes it.
was last modified: April 7th, 2018 by Paul Silano
0 comment
0
Facebook Twitter Google + Pinterest 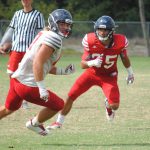 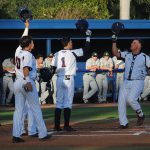