Signing Talk
FAU signed the best recruiting class in progame history on Wednesday. On a special edition of the OwlTalk FAU football podcast we break down the class and discuss what's next.

BOCA RATON – FAU signed 22 additional players on Wednesday to a 2019 Signing Class that already included nine early signees. Lane Kiffin proclaimed the class to be the most talented of his three seasons at FAU.

Most everyone agrees. All the major recruiting services rate the Owls’ class as the best in Conference USA. It’s probably the best in the history of FAU football and will be difficult to top.

FAU signed a class loaded with players who had offers from Power 5 schools and stole some in the closing days from rival C-USA schools.

Now it’s time to break down the class with a little OwlTalk, the first and still finest FAU football podcast. Our host, ESPN West Palm’s Brian Rowitz spent Wednesday covering signing ceremonies. Our Chuck King spent nearly the entire day either on the phone or at the computer – often doing both tasks at once. The duo discusses the makeup of the class and how the Owls landed many of the players.

Rowitz and King also examine which players will make an instant impact for the Owls and delve into the fairly unique story behind the signing of quarterback Javion Posey.

FAU fans have reason to revel in the events of National Signing Day. Re-live some of the best moments on OwlTalk.

Signing Talk
FAU signed the best recruiting class in progame history on Wednesday. On a special edition of the OwlTalk FAU football podcast we break down the class and discuss what's next.
was last modified: February 8th, 2019 by FauOwlAccess
0 comment
0
Facebook Twitter Google + Pinterest 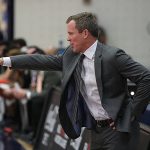