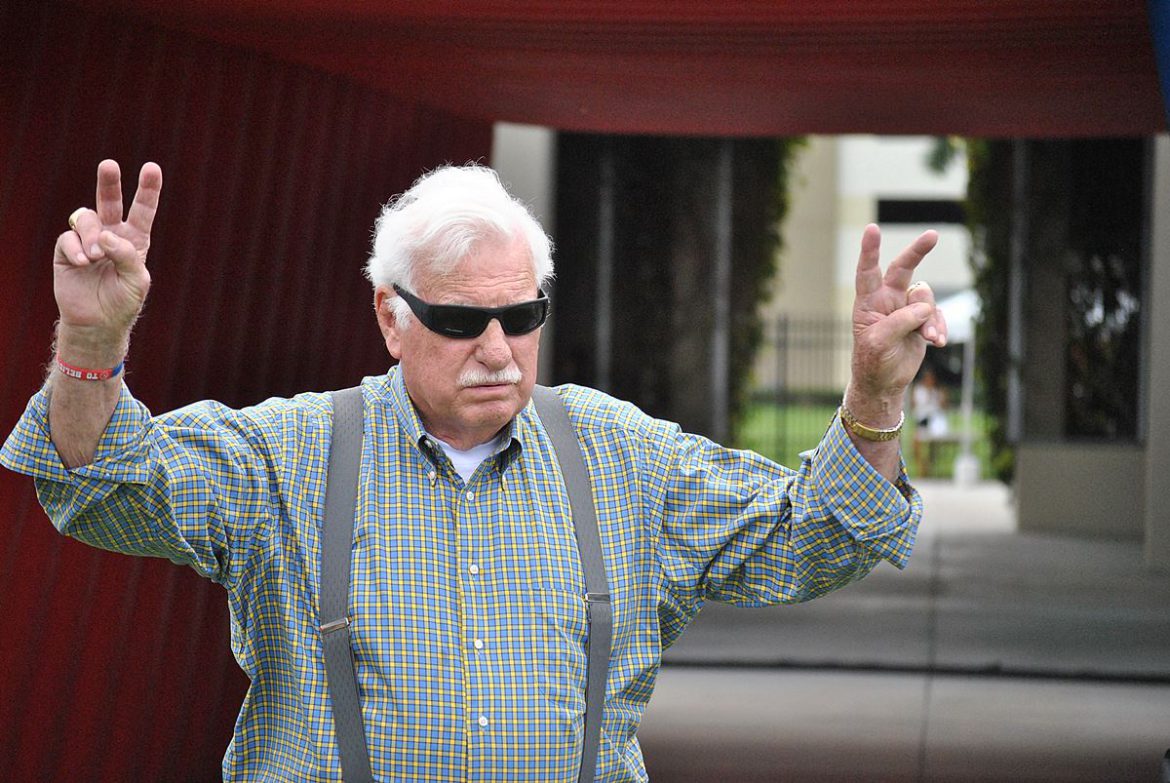 BOCA RATON – Howard Schnellenberger is looking forward to what many view as his overdue induction in the FAU Hall of Fame.

“I’m happy to be inducted,” Schnellenberger said. “I hope I can do some good [for the university] by being in that position.”

The founder and architect of FAU’s football program, Schnellenberger’s name is the most prominent of the eight FAU announced would be inducted in October into the Hall of Fame. Under Schnellenberger FAU became the fastest startup program ever to reach a bowl game, doing so in the program’s first full year of eligibility.

FAU won both bowl games it played under Schnellenerber and advanced to the Division I-AA semifinals in the program’s third year of existence. He led FAU to 58 victories while coaching the program’s first 11 seasons.

A committee comprised of current coaches, current athletic and university administration members, and an alumni office representative chose the class, which will be the first since 2011 – Schnellenberger’s final year as coach.

“I’m thrilled to have them want to do that,” said Schnellenberger, who’s lived in close proximity to the school since his retirement. “I’ll be delighted to drive down there and do whatever they want me to do to make it become a big thing.”

Two of the best players ever to play under Schnellenberger, quarterback Rusty Smith and running back Alfred Morris, will join him as inductees.

Following his senior season in 2009, Smith became the first FAU player chosen in the National Football League Draft when the Tennessee Titans picked him in the sixth round. Smith finished his career with the school record in nearly every passing category. He led the 2007 Owls to a Sun Belt Conference title and a victory over Memphis in the subsequent New Orleans Bowl, where he was named MVP. The following season he piloted the Owls to a win over Central Michigan in the Motor City Bowl, earning Offensive MVP honors. Smith tossed 76 touchdowns and threw for 10,112 yards in his career.

Morris left FAU following his senior season in 2011 as the Owls’ leader in most important rushing categories. He is still playing in the NFL. Morris concluded his college career as FAU’s all-time leader in rushing yards, 3,506 and rushing touchdowns, 27, records since been surpassed by Devin Singletary.

“I coached them, but they did it,” Schnellenberger said of Smith’s and Morris’ performance on the field.

Two current FAU coaches will join Schnellenberger in the 2019 class.

Softball coach Joan Joyce will be entering her 20th Hall of Fame. Arriving at FAU in 1994, She’s amassed 950 wins as the only only softball coach the program’s ever known. Along the way her Owls claimed 12 conference titles and earned 11 NCAA tournament bids.

The head of the FAU baseball program since 2009, John McCormack joined the program as an assistant since 1991. Six times in his 11 years at the helm McCormack led FAU to the NCAA tournament, including four of the past five seasons. He’s also won four regular season conference titles.

Jeff Fiorentino played for FAU when McCormack was still an assistant. A freshman All-American in 2002 when his ninth-inning RBI sent the Owls to their lone super regional, Fiorentino hit 44 home runs drove in 168, scored 204 runs scored and smacked 229 hits during his three-year FAU career. A third round pick by the Baltimore Orioles, Fiorentino played parts of four seasons in the Major Leagues with the Orioles and the Chicago White Sox.

Olympic speed skater Brittany Bowe’s name appears throughout the FAU women’s basketball record book following her four years as an Owl. As a point guard scored 1,062 career points. Her 377 assists ranked fourth in program history at the time. Bowe later competed in the 2014 Olympic games at Sochi and at the 2018 Pyeongchang Olympics.

Softball pitcher Chris Sutcliffe was a standout pitcher for FAU from 1997-2001 and ranks among the program leaders in nearly every pitching category. Sutcliffe appeared in 104 games, winning 67 times. She pitched to a career earned run average of 1.47 in 601 1/3 innings, with opponents batting only .211 against her. She struck out 351 batters and tossed two no-hitters.

The eight new members will be inducted into the FAU Hall of Fame on Oct. 11.

Current FAU Hall of Fame members are honored in the lobby of The Burrow. Those items are likely to move to the Schmidt Athletic Complex, expected to open near the end of the year.

Call of the Hall
Howard Schnellenberger hopes his upcoming induction into the FAU Hall of Fame, announced Monday, will help him "do some good" for the university.
was last modified: July 1st, 2019 by Chuck King
0 comment
1
Facebook Twitter Google + Pinterest 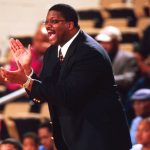 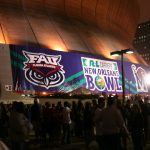