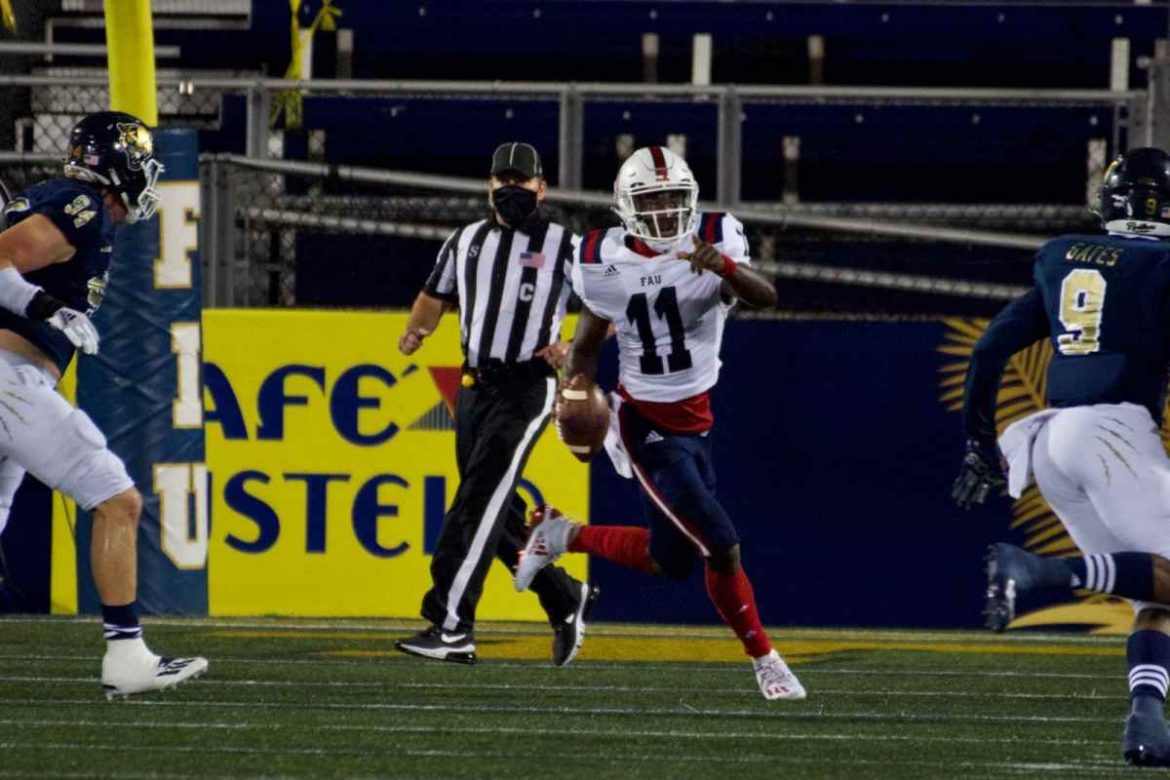 Javion Posey threw for two touchdowns and ran for another in FAU's 38-19 victory over FIU.

Florida Atlantic’s domination of rival Florida International continued on Friday in Miami with a 38-19 pounding of the Panthers to claim the Shula Bowl trophy for the fourth consecutive year.

Making his first career start, quarterback Javion Posey energized what had been a lethargic Owls’ offense by throwing for two touchdowns and running for another. His 180 rushing yards set a single-game FAU record for a quarterback.

His second touchdown pass, a five-yarder to Brandon Robinson in the closing minutes of the second quarter sent FAU into halftime with a 24-10 lead.

Posey’s two-yard scamper with 2:29 remaining in the contest sealed the victory. He completed 10 of 16 passes for only 80 yards.

Malcolm Davidson returned from hamstring and foot injuries to rush for 88 yards, including a 37-yard score.

FIU (0-4, 0-2) found the end zone twice with big plays. D’vonte Price’s 77-yard second-quarter burst through the middle of the Owls defense ended a streak of 10 consecutive quarters without a touchdown allowed by FAU – a program record.

Rivaldo Fairweather’s 67-yard TD reception made the scoreboard a little more palatable for the Panthers, but ultimately did not factor in the outcome. 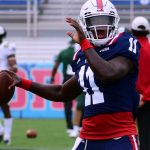 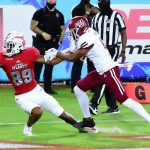