Sacking Tackles
A variety of issues, including an outbreak of staph among a couple of players, have Lane Kiffin considering banning tackles during Saturday's spring game. 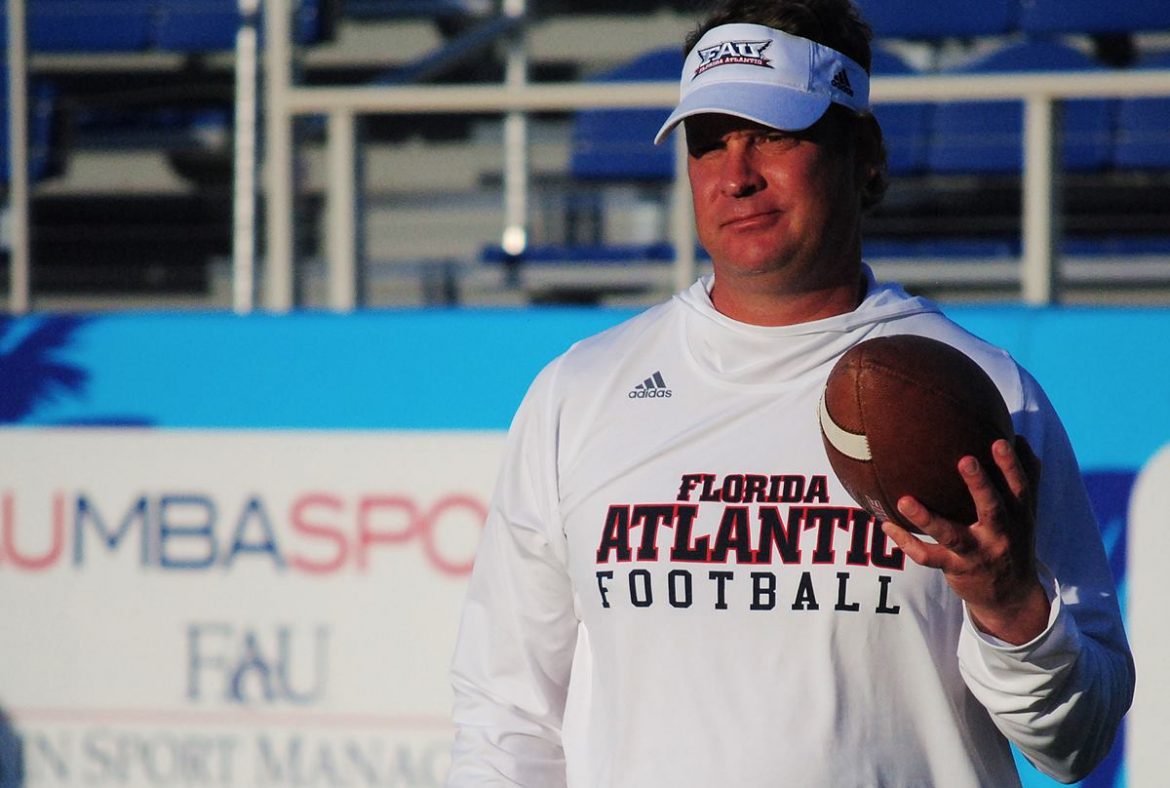 “If we do tackle it will just be part of it,” Kiffin said.

Starting guard Nick Weber and reserve tight end Logan Peterson were both hospitalized last week after contracting a staph infection but have returned to the team.

When the infections surfaced FAU hired an outside vendor to disinfect the Oxley Center, home of the football facilities.

The defensive tackle enjoyed a strong first couple weeks of practice but hasn’t played in either scrimmage.

Kiffin did not name the other players who aren’t practicing because of academics, but did say that, unlike suspended quarterback Chris Robison, those on the academic list are participating in other team activities such as conditioning and team meetings.

“There’s a few kids that we’re taking football away from them, which is what they care about most,” Kiffin said. “So, get your academics right.”

FAU’s third spring game under Kiffin is scheduled to begin at 2 p.m. on Saturday. Players are going to draft their own teams later this week.

If the Owls go without tackling, they will likely use the same format employed during Saturday’s scrimmage at Miami’s Moore Park, when defenders were instructed to wrap their arms around ball carriers but not take them to the ground.

The original play for that scrimmage including tackling for at least part of the afternoon.

“I just kind of looked at the numbers and said, if we were to lose one or two guys at certain positions during the course of practice we wouldn’t be able to keep going,” Kiffin said.

Sacking Tackles
A variety of issues, including an outbreak of staph among a couple of players, have Lane Kiffin considering banning tackles during Saturday's spring game.
was last modified: April 9th, 2019 by Chuck King
0 comment
0
Facebook Twitter Google + Pinterest 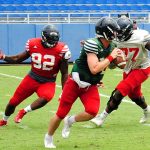 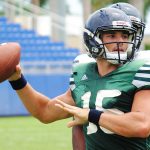