Second Start?
Chris Robison is getting the majority of snaps at quarterback this week for FAU, following the same pattern that led to his start last week. 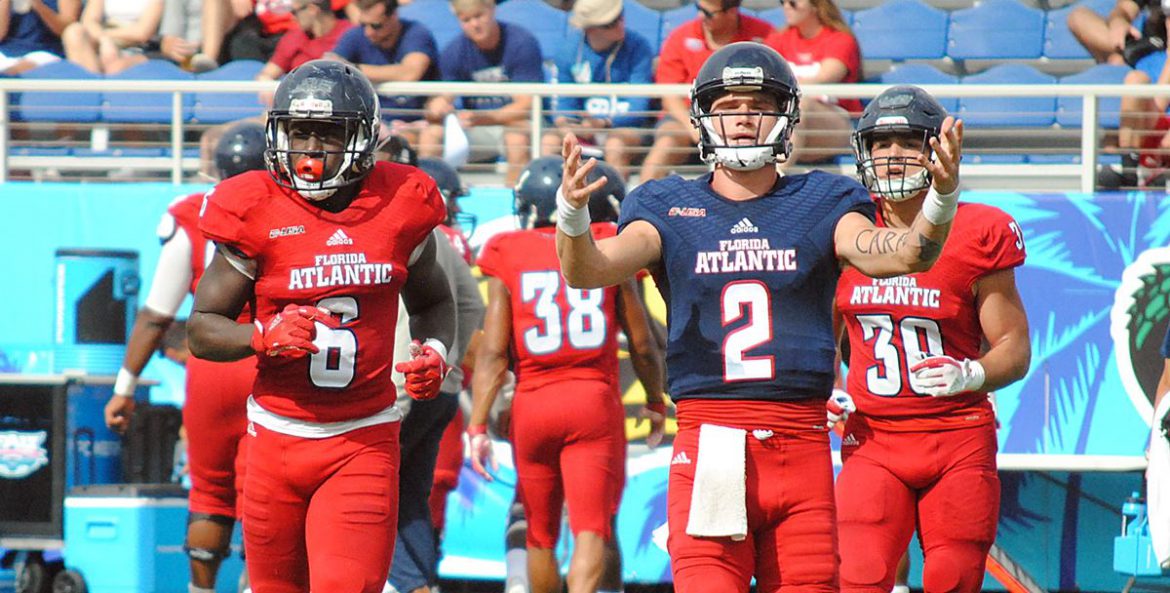 BOCA RATON – If the pattern of quarterback repetitions during FAU practices continues to be an indicator, Chris Robison will make the second start of his career on Saturday when Air Force comes to Boca Raton.

While all three FAU quarterbacks continue to receive time with the first team offense, Robison is the signal caller spending the most time with the starters. Robison also received the most opportunities during the week leading into the season-opener at No. 7 Oklahoma.

“Chris has gotten the majority of the reps the past week going into that game, so it’s been the same way this week,” Kiffin said.

Kiffin, however, stopped short of declaring Robison the outright winner of the quarterback battle.

“The competition’s open,” Kiffin said. “That’s why we played all three guys. We really don’t know right now. It’s obviously very close or else we would only have one guy or we would even have it down to two.”

All three played against the Sooners, but poor overall play by the offense complicated the assessment of each signal caller’s play.

On Wednesday Kiffin once again called out what he considers to be an under-performing wide receiver unit.

“We’ve got issues around them,” Kiffin said of the quarterbacks. “We’re not playing very well outside. A lot of mental mistakes out there so I just told them it makes it very hard for anybody to play quarterback.”

Last week, FAU didn’t inform the quarterbacks who would start until after the team had already arrived in Oklahoma.

Robison completed 15 of 26 passes for 157 yards against Oklahoma in his collegiate debut. On his final possession behind center Robison led the Owls on their first touchdown drive of the season.

“For that to be his first game and be starting, I feel he handled it pretty well,” said running back Devin Singletary, who scored that first touchdown on a five-yard run.

Singletary is seeing a different level of play from Robison this week following the Oklahoma game.

“I think he grew,” Singletary said. “I feel that we all grew from that.”

Second Start?
Chris Robison is getting the majority of snaps at quarterback this week for FAU, following the same pattern that led to his start last week.
was last modified: September 5th, 2018 by Chuck King
0 comment
1
Facebook Twitter Google + Pinterest 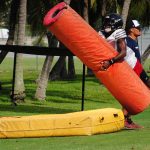 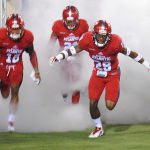