Robison’s Straight Talk
Incumbent FAU QB practices for the first time since December suspension, says he needs to "get things straight" off the field and become a better person. 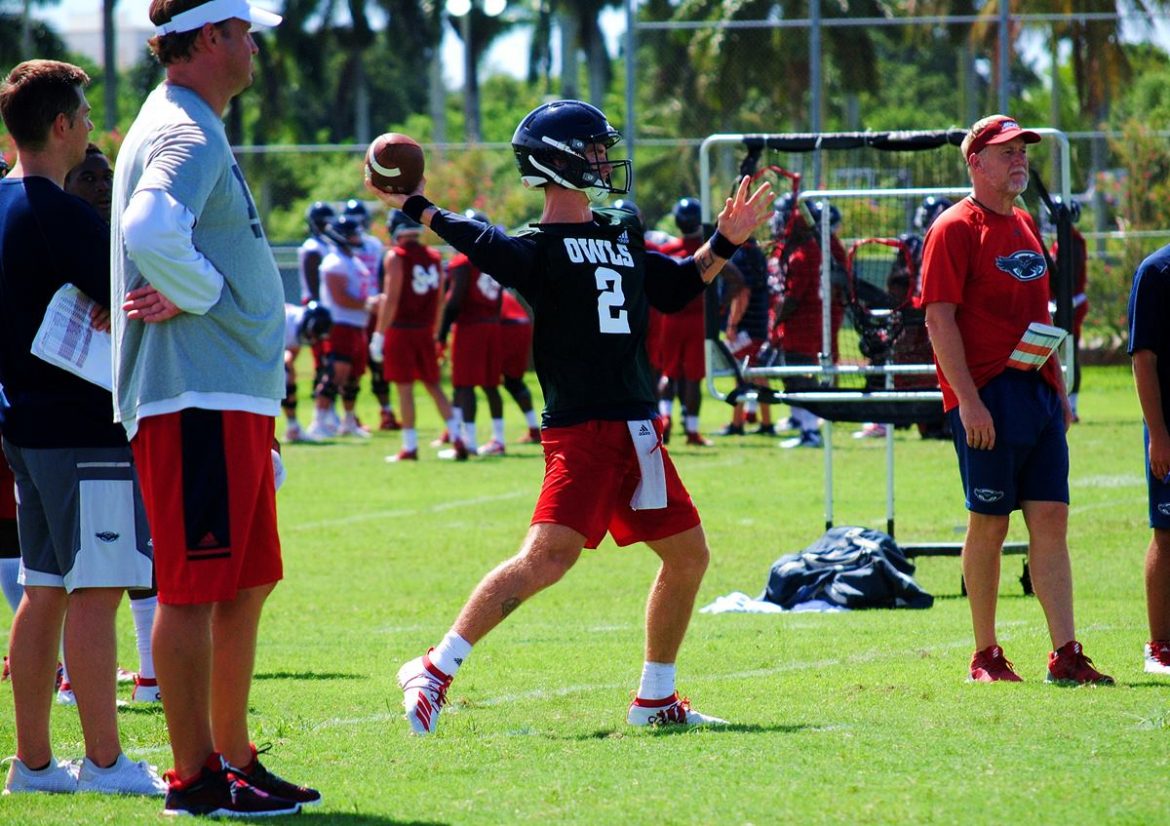 Suspended for all of spring practices, Robison intends to show anyone paying attention he’s a better citizen.

“I would say in the community, and to maybe some of the players and some of the coaches, I’m not the best guy off the field,” Robison said. “And I would say so myself. I look in the mirror like, I’ve got to get things straight. Me being able to represent the school, the coaches, the team and the community is a real big part of my position and I need to definitely get better at that.”

A December night of drinking and marijuana use with teammates and girls that ended with a female student filing, and later retracting, a claim of sexual battery against Robison prompted his suspension.

Having arrived at FAU only after being kicked out of Oklahoma before ever making it to his first fall camp following an arrest for public intoxication, Robison said he relied on the support of his teammates while waiting to learn his fate.

FAU’s student affairs office conducted an independent investigation that concluded with Robison being allowed to stay both on the team and as a student at the school.

“At the beginning of the process we did suspend him immediately as they went through it. That’s just the way we handled it,” coach Lane Kiffin said. “A lot of people will say that’s wrong – innocent until proven guilty – but we just thought it was the right thing to do. Unfortunately, he kind of suffers.”

Robison learned in June he’d be able to rejoin the Owls.

“I understood that not a lot of people have this opportunity,” Robison said. “I’ve been, obviously, already given a second chance being from Oklahoma. I can’t continue to do things whatever they may be, that put me in the public eye in a bad light.”

Robison believes making better decisions away from the field will carry the added bonus of improving his play on it. The gregarious but often flighty signal caller tossed as many interceptions (12) as touchdowns during his redshirt freshman season.

“I had some pretty good games but, all in all, I was not locked in as I should have been, whether that was throughout the whole week or even on game day,” Robison said.

Addressing the media for the first time since his suspension, Robison’s personality still came through – the quarterbacks and position coach Charlie Weis are all growing mustaches for camp, prompting Robison to quip that he didn’t believe the 26-year-old Weis was going to be able to pull it off – but he did appear more reserved compared to similar situations last seasons. He answered all questions posed without deflecting.

“I think going through something like that and being gone is a little bit humbling,” Kiffin said.

Robison, Nick Tronti and Justin Agner rotated through drills with the first team on Friday, FAU’s first practice of fall camp. All three had their moments. Looking confident but not cocky, Robison zipped passes downfield and showed touch near the sideline.

Robison is treating his spring suspension as though he missed the practices because of an injury.

Kiffin would like to know as soon as possible which of the three will start at quarterback when the Owls open the season on Aug. 31 at Ohio St., but he’s not going to self-impose an artificial deadline on the decision.

“We want it to show as fast as it can, and so if it shows one guy’s is definitely taking over, you want that,” Kiffin said. “I don’t think anybody wants it to drag out, or shouldn’t want it to drag out, because you want to know your guy. The problem is that if it’s not showing, or just barely showing, you want to take your time because you can be wrong. We’ve been wrong before. You don’t have preseason games in college football. This is the hardest position to evaluate. Guys screw it up in the NFL all the time. Look at the draft.” 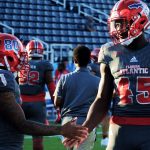 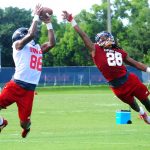