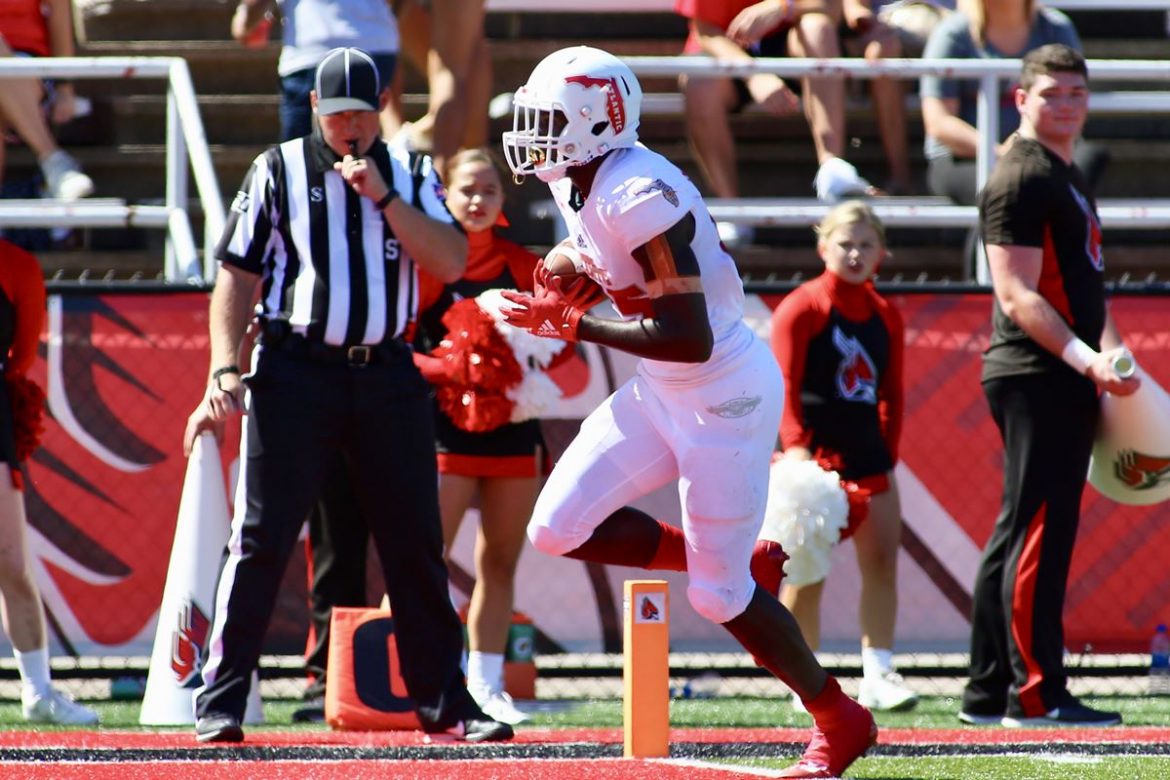 The best game of Chris Robison’s career – one that included a near-perfect second half – proved more than enough to lead Owls to their first victory of the season, a 41-31 drubbing of Ball St. in Muncie, Ind.

Making good decision after good decision, Robison completed 33-of-41 passes for 366 yards and four touchdowns. Only two of his second-half passes touched the ground. His totals could have been even better if not for a couple early drops.

“Chris made a lot of significant plays,” FAU coach Lane Kiffin said. “We would have lost the game without him.”

FAU took the lead for good in the final minute of the first half, needing only nine plays to go 77 yards and scoring on a four-yard Robison-to-John Raine touchdown pass with 9 seconds remaining in the second half.

“I think if that hadn’t happened we’d have had that feeling, ‘Here we go again. We were down at half even though we’re out-gaining them by a bunch.’” Kiffin said. “That was really big.”

The Owls took control of the game with the only two touchdowns of the third quarter, though the game came a bounce away from turning Ball St.’s way. With the Owls leading 21-17, Da’von Brown forced a Caleb Huntley fumble at the goal line. Rashad Smith recovered the ball in the end zone and six plays later Larry McCammon carried the ball the final yard, giving the Owls a double-digit lead. Ball St. would never get within a possession again.

“That changed the game,” Kiffin said. “They’re going in. All the momentum on their side. To get the turnover and go back the other was was huge.”

A true freshman, McCammon came up just shy of the 100-yard mark, reaching 99 yards on 26 carries. He also caught four passes for 23 yards. He’s scored a touchdown in each of his first three games.

Led by linebacker Smith, FAU forced four turnovers. Smith recovered two fumbles and forced another with a sack, one of the senior’s six tackles on the afternoon. Charles Pierre nabbed his first interception of the year.

FAU’s victory would have been even more dominating if not for a two-minute stretch in the first half that included two self inflicted wounds. Playing in place of the injured Malcolm Davidson, true freshman Kelvin Dean fumbled in Ball St. territory. Jordan Williams scooped the loose ball and sprinted 60 yards to tie the game at 7.

Seconds later Ball St. (1-2) recovered a Willie Wright fumble and promptly converted that into a 14-yard touchdown pass that gave the Cardinals their first lead.

The Owls responded with a drive culminating in the first Robison-to-Mitchell TD connection, this one from 33 yards. Mitchell also scored on passes of 4 and 24 yards. He tied Cortez Gent as the only FAU receivers to catch three touchdowns in a game.

“Chris was putting the ball right where it needed to be, and then it was just on me to make a play,” Robison said.

For FAU, the victory is the first on the road against a non-conference opponent since 2013. It also snapped a four-game losing streak dating back to last season, the longest of the Lane Kiffin era. 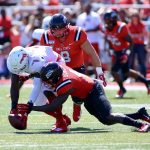