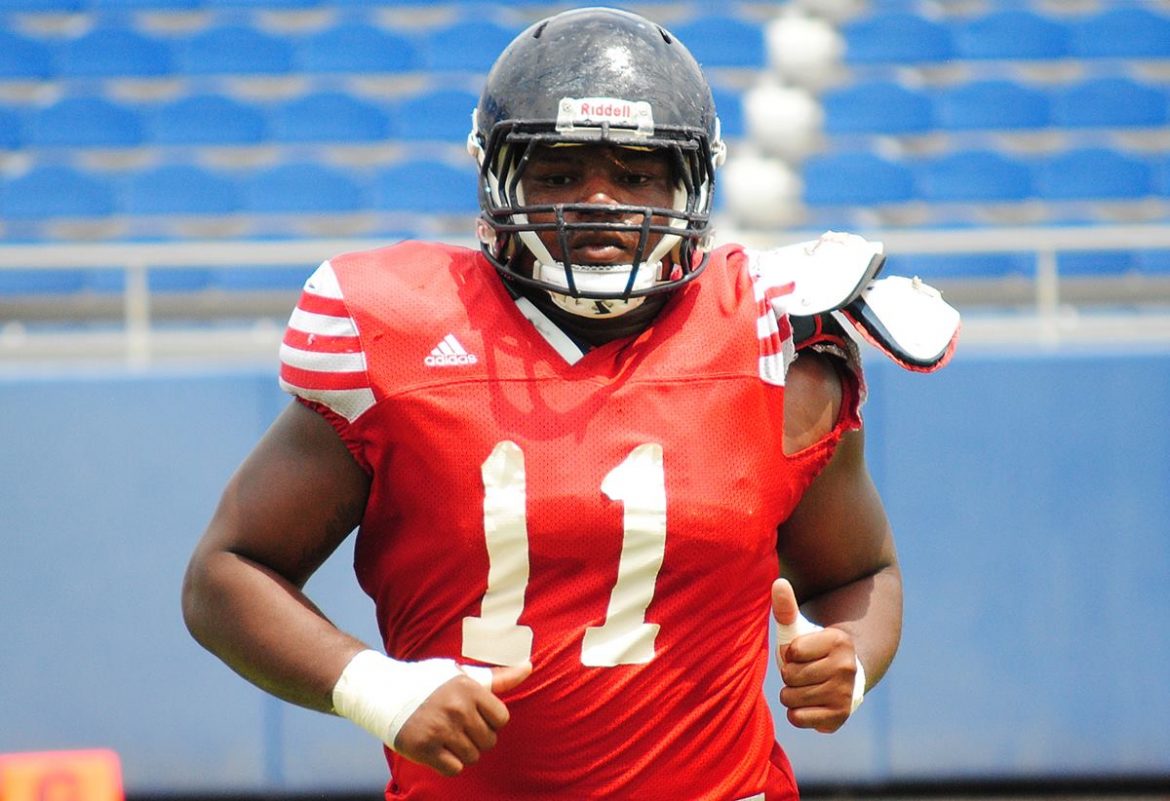 The soon-to-be 23-year-old sixth-year senior defensive tackle is participating in his first FAU spring practice since 2016 – and he’s loving it.

“I’ve been an upperclassman now, this is about my third or fourth year now,” Ellis said with a laugh.

To put that in perspective, Ellis has been an upperclassmen longer than most at FAU have been classmen.

Playing alongside the likes of Trevon Coley, Trey Hendrickson and Brandin Bryant, all of whom are currently playing professionally, Ellis started two games as a true freshman in 2014 and five more as a sophomore, recording 38 tackles over his first two seasons.

When Coley, now a starter with the Cleveland Browns, graduated, Ellis quickly switched uniform numbers to the 11 previously worn by Coley.

“I really try to emulate my former teammate, Trevon Coley, especially because I have his number after he left,” Ellis said. “He’s a role model and he’s like my big brother so I always talk to him every single day. I try to pick up everything new that he’s learning while he’s in the NFL. He shows me new things and I try to do things that he did in college because that’s what got him to the NFL.”

A torn ACL in his right knee incurred during fall camp forced Ellis to miss all of the 2016 season. He returned for 2017, working his way into first year coach Lane Kiffin’s defensive tackle rotation. But at the moment everything appeared to be working in his favor, that same right knee dealt Ellis another blow.

During the first half of 2018’s season-opener against Navy Ellis knee gave way again, ending his season before halftime.

“I could walk, but I knew something wasn’t right,” Ellis said.

Ellis persevered. He returned for 2018, playing in all 12 games for the first time in his career. Though he only recorded 19 tackles on the season, Ellis gained more playing time as the season increased and his leg grew stronger, with his highlight being a six-tackle outing at Marshall.

“You kind of have to just get back into the motion of things,” Ellis said of last year’s progression. “You start seeing things better. My leg started feeling a whole lot better than it did before – just in all the reps I went through in practice.”

This spring Ellis is playing like he’s missed no time at all. With Noah Jefferson sidelined for academic reasons, the 6-foot-1, 185-pound Ellis is receiving repetitions with the first string. The Owls are still working with the NCAA to secure a sixth year of eligibility for Ellis, but they are confident he’ll be on the field in 2019.

The fact that’s he’s even participating in spring practice should give him a head start.

“I get extra time to actually play instead of just going straight into fall camp and having to catch up with what everyone’s already learned,” Ellis said. 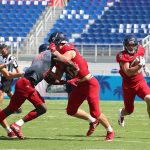 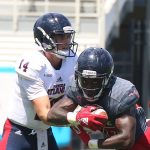