Rapid development
The advanced play of linebackers Burden and Smith reassured FAU that it could play more base defense this weekend against Miami. 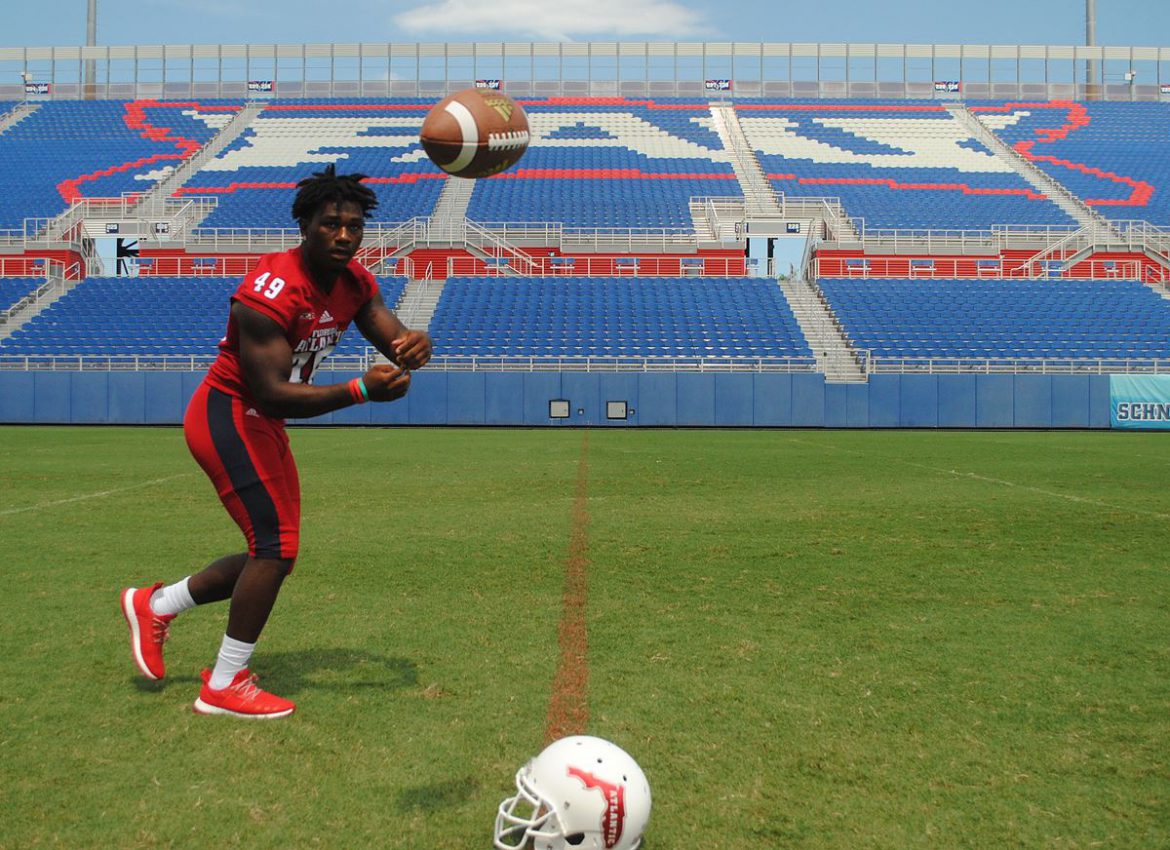 That’s part of the reason he’s so comfortable heading into Saturday’s game against No. 25 Miami relying on what is almost extreme youth at strong side linebacker.

As young as Khantrell Burden and Rashad Smith are, they’ve already displayed the talent to make up for their inexperience.

“We feel more comfortable with those guys out there then we did last year,” Bellantoni said. “We have more depth. …They just have to do their job like everyone else. I’m not worried about their experience level.”

“He was right on the verge of becoming a starter toward the end of (last) year and then he missed the last couple games because he got hurt,” FAU defensive coordinator Roc Bellantoni said.

With Burden sidelined for a few series in Saturday’s game because of a minor knee injury (he returned to the game in the second half), Smith, a true freshman, showed that the college stage wasn’t too big for him.

“Rashad is a tremendous talent, as you saw the other night,” Bellantoni said. “He made some plays and got his feet wet. He made a couple of mistakes too, but that’s part of learning on the job.”

As young as FAU is at linebacker, it should be noted that three of Miami’s four starters at the position are freshman – albeit three freshmen who garnered much more recruiting attention coming out of high school than FAU’s young players did.

Bellantoni doesn’t have to look to Miami to see how young talent can affect a linebacker unit. He only has to look across the locker room.

Last season as a true freshman Azeez Al-Shaair didn’t make his first start until the second week of the season – which happened to be against Miami – yet still led the Owls in tackles with 94, earning USA Today Freshman All-American honors.

Bellantoni sees a lot of Al-Shaair in Smith. The youngster says that’s by design.

“I’ve been talking to (Al-Shaair) since I was still getting recruited,” Smith said. “I just sit back and I learn from him. He’s like a mentor to me – a big brother.”

Much of Al-Shaair’s mentoring happens off the field, helping Smith develop his attitude, work ethic and study habits. (Bellantoni noted that he received a text from Al-Shaair at 12:30 a.m. on Sunday after Al-Shaair recognized on the video of the game completed only hours before mistakes he had made.)

It didn’t take long for Smith to appreciate the value of film study.

“It’s not like high school,” Smith said. “High school, you could just make the play but now it’s like more of a mental game. The speed increases so you have to know what you’re doing.”

In recent years FAU covered its inexperience at linebacker by playing more nickel – replacing a linebacker with a hybrid corner-safety, currently Ocie Rose. Facing a schedule filled with teams that feature the spread offense, the nickel offered an easy fallback option.

That won’t be the case this week against a Miami team that runs more of a pro-style offense that features multiple running back and tight end sets.

Burden and Smith will have to shoulder the load on Saturday. The Owls will employ some nickel, but to get Rose on the field they will also use him at safety to spell strong safety Andrew Soroh.

“He stepped up,” Ozdemir said of Burden’s performance on Saturday. “He did a great job.”

For more information about Saturday’s FAU at Miami game, head to our Message Board. Be sure to ask questions or give your opinion. We’d love the hear from you.

Rapid development
The advanced play of linebackers Burden and Smith reassured FAU that it could play more base defense this weekend against Miami.
was last modified: September 6th, 2016 by Chuck King
0 comment
0
Facebook Twitter Google + Pinterest 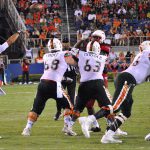 End of the road? 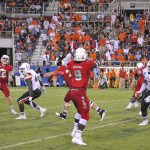