Position Primers 2019: FAU RBs
FAU lost Devin Singletary and Kerrith Whyte to the draft, but the Owls boast a host of speed, power and elusiveness hoping to fill the void. 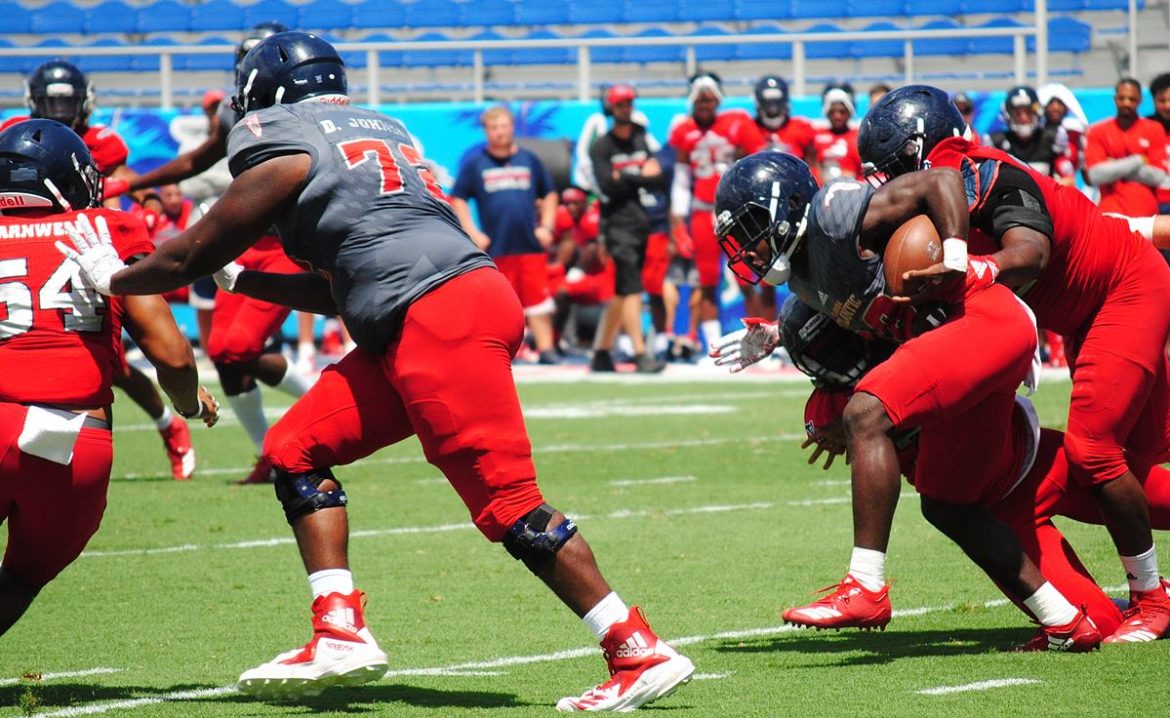 FAU running back James Charles breaks through the line during a spring scrimmage. (OwlAccess.com photo)

The Owls’ don’t have a replacement for Devin Singletary. Let’s start there.

FAU’s career leader in rushing yards and scoring brought a unique mix of vision, elusiveness and power to the field that few college football players possess. Coach Lane Kiffin and the Owls weren’t surprised when the back nicknamed “Motor” elected to declare for the NFL draft following his senior season. Motor is now a Buffalo Bill.

The departure of Kerrith Whyte, Singletary’s backup last season, did surprise the coaching staff. Rather than entering 2019 as a leading candidate for Conference USA’s Offensive Player of the Year, Whyte joined the Chicago Bears as a seventh round draft choice.

Between them, Whyte and Singletary combined for more than 2,200 rushing yards and 32 total touchdowns last season.

Former St. Thomas Aquinas ball carrier James Charles emerged in spring as a more-than-capable lead back. After sitting out a full season, former Alabama back BJ Emmons showed flashes of the talent that allowed him to play as a true freshman for the Tide.

Malcom Davidson and Tyrek Tisdale are both coming off injuries but are expected to fully participate once camp starts. And two talented incoming freshmen are drawing rave reviews from their new teammates.

This group may not have a Singletary or even a Whyte in the backfield, but top to bottom it is the strongest running back unit FAU has ever fielded.

DEPTH CHART
James Charles (5-10, 200, R-Jr.): Injured most of his FAU career, Charles emerged as the lead back this spring. He carried the ball three times last season, gaining 20 yards. His speed can surprise, and players praise Charles’ attitude and unselfishness both in the locker room and on the field. One player compared Charles’ leadership ability to that of former Owl Buddy Howell, now with the Houston Texans.

BJ Emmons (6-4, 230, R-Jr.): The former Alabama running back came to FAU with a strong pedigree, but he didn’t manage to wrestle the lead back position away from Charles during spring ball. It wouldn’t be surprising to see Emmons get the first carry in the season-opener against Ohio St.

Daniel Leconte (5-10, 190, R-So.): The walk-on nicknamed “Muscle Beach” began spring strong before and injury slowed him in the final weeks. Leconte is a strong runner with surprising speed, but it will take all his athletic ability to hold off the running backs deeper on the depth chart who are either newly-enrolled or coming off injury.

KEY ADDITIONS
Kelvin Dean (5-10, 190, Fr.): Signed with FAU in December and is already on campus participating in summer workouts. Dean rushed for more than 1,300 yards and scored 13 touchdowns as a senior. He scored 74 touchdowns during his high school career, including three on kickoffs.

Larry McCammon (5-10, 180, Fr.): Coaches and players are already raving about the true freshman’s combination of power and speed. At least one of the two new true freshmen running backs will have a chance to play early. Whichever one picks up the blocking scheme the fastest will likely be the one who gets the first opportunity. The Owls are optimistic Ocala-Vanguard running back Glover Cook will make it to campus for the fall semester, but the running back is likely to transition to wide receiver.

KEY LOSSES
Devin Singletary: Motor left a trail of defenders and touchdowns in his wake, opting to jump to the NFL following his junior season. Few will forget Singletary’s 32-touchdown run effort as a sophomore.

Kerrith Whyte: The redshirt junior raced into the NFL early – quite literally. Whyte impressed NFL scouts with a sub-4.4 40-yard dash at FAU’s Pro Day. It will be interesting to see whether any FAU back on the roster can match Whyte’s receiving skills out of the backfield.

BREAKOUT CANDIDATE
Malcom Davidson (5-10, 180, So.): He carried the ball twice last season, nearly breaking one of them for a long score against Bethune-Cookman. Injured much of last season and into spring, Davidson is said to be healthy now. His top speed rivals Whyte – and he may even be faster – giving Davidson a leg up on some third down opportunities. Redshirt sophomore Tyrek Tisdale has also battled injuries during his first two seasons at FAU, but Kiffin loves his running style and athleticism. If Tisdale gets into groove early in camp, he could vie for the starting spot.