Position Primer: Defensive Tackles
FAU boasts surprising depth at defensive tackle, which should allow the Owls to build on a highly succesful 2017 season. 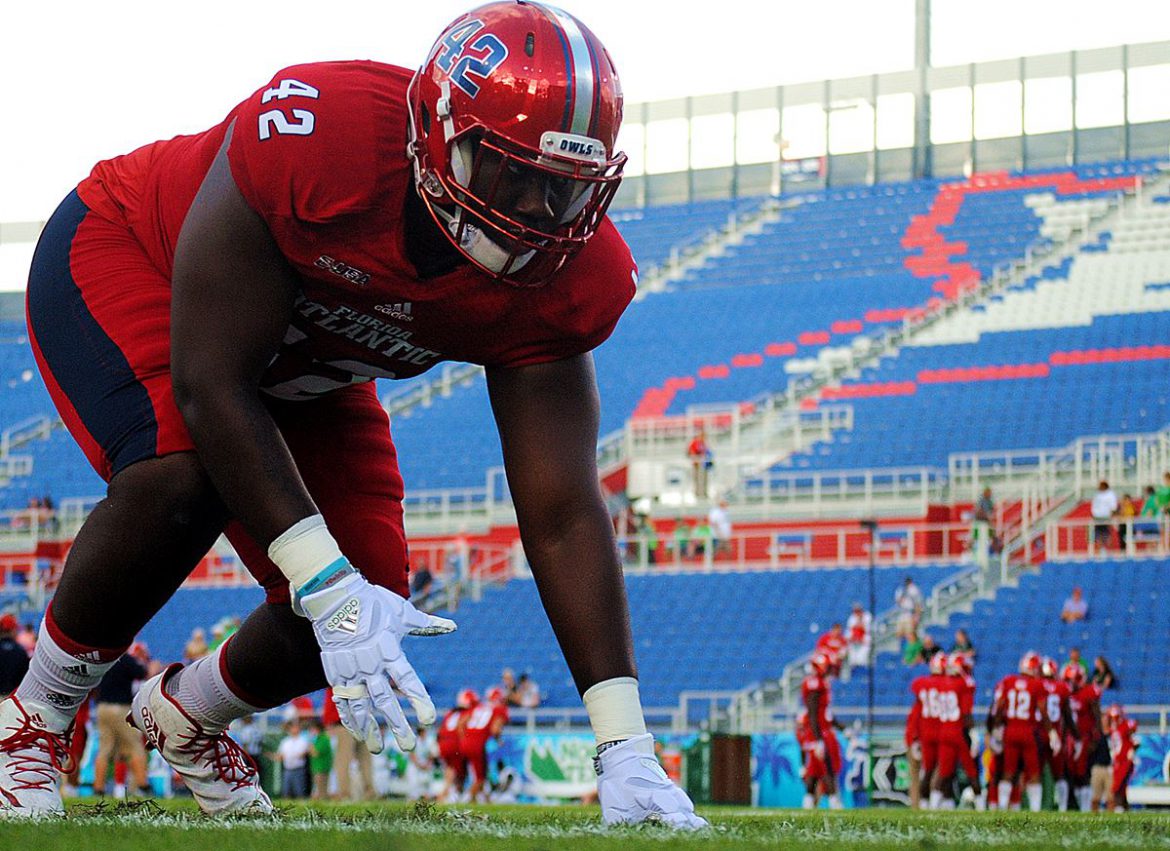 FAU DT Will Davis warms up prior to a 2017 game. (OwlAccess.com photo)

BOCA RATON – To discern why FAU’s defense showed such improvement last season compared with the previous couple years, begin where everything begins – in the middle.

The departure of Brandin Bryant and Trevon Coley to the NFL left the Owls clamoring for stoppers in the middle.

In 2017, those runs up the middle that gashed the Owls for big yardage stopped. In his junior season, Steven Leggett emerged as a stalwart up the middle, positioning himself for a senior season that could lead, like it did for Coley and Bryant, to an NFL career.

To bolster last year’s line, FAU imported Pitt transfer Jeremiah Taleni. Like many of grad transfers, Taleni brought more than play-making ability to the field. He offered a large dose of stability, too.

McCrary and Davis return for their junior years, and the addition of JUCO transfer Charles Cameron gives the Owls two-deep strength in the middle of the defense.

Pecoraro’s attacking style of defense doesn’t work if the Owls aren’t able to prevent productive runs through the gut of the defense. With four quality run stoppers rotating in the middle, Pecoraro should have his entire playbook available.

DEPTH CHART
DT
Steven Leggett (6-1, 295, Sr.): A veteran along the defensive line, 5.5 of the 35 tackles recorded by Leggett last season came behind the line of scrimmage. Leggett led FAU’s DTs in tackles last season, with five of them coming in the Owls’ Boca Raton Bowl victory over Akron. He doesn’t get as much recognition as some others on defense, but Leggett’s consistent production affords the likes of Azeez Al-Shaair, Rashad Smith and Jalen Young the ability to make their plays.

Will Davis (6-0, 280, Jr.): Davis spent much of spring as a starter and will see plenty of playing time this season regardless of whether he’s technically a first teamer or second teamer. He played in all 14 games last season, recording 21 tackles. Davis is developing into an integral part of the Owls.

DT
Kevin McCrary (6-2, 285, Jr.): A tremendous athlete, McCrary advanced to the first team late in spring. He played in all 14 games last season, recording 25 tackles. Even if McCrary isn’t able to hold this starting spot throughout the fall, but he’ll still play a significant role in 2018.

Charles Cameron (6-2, 305, Jr.): Think of Cameron as Taleni 2.0 – only the JUCO transfer received a head start. Cameron was the lone member of the 2018 signing class to enroll for the spring semester, thereby affording him the opportunity to participate in spring practices. He dominated at times this spring, and it wouldn’t be one bit surprising if Cameron claims a starting spot early in fall camp.

KEY ADDITIONS
Charles Cameron: He led Copiah-Lincoln Community College with 48 tackles, including nine sacks, last season. Powerful and surprising agile for his size, Cameron is going to be a key component of the Owls’ defensive line this season, regardless of whether or not he’s technically considered a starter.

Jalen Joyner (6-3, 250, Fr.): Joyner mostly played defensive end during high school, but the Owls could elect to move him inside for his college career. FAU has depth along the defensive line – both at defensive end and defensive tackle – so a redshirt season appears likely.

Marcel Southall (6-3, 295, R-So.): FAU signed Southall with the intention of having him play on the offensive line, but with the Owls bringing eight new offensive linemen to camp, including former Florida guard Antonio Riles, they may elect to move him back to defense. Seven of Southall’s 22 tackles last season for Tyler Junior College came behind the line of scrimmage. Southall originally signed with Texas out of high school, so the raw talent is there.

KEY LOSSES
Jeremiah Taleni: As a grad transfer from Pitt, Taleni made his lone season at FAU count. He’s credited with 32 tackles for last season’s C-USA title team, with 5.5 coming behind the line of scrimmage.

Romello Martin: A late addition to FAU’s 2017 signing class, Martin sat out all of last season with a knee injury. Martin started spring strong but faded as the weeks progressed. He is no longer with the team.

BREAKOUT CANDIDATE
Ray Ellis (6-1, 285, R-Sr.): A career that began with so much promise in now in the rebuilding stages. Season-ending knee injuries – one suffered during 2016 fall camp, the other in last season’s first game – essentially caused Ellis to miss two full season and kept him away from contact during this year’s spring practice, too. Ellis played in six games, starting two as a true freshman in 2014. As a starter in 2015 he totaled 24 tackles. Ellis is not exactly a fresh name at FAU, and it’s difficult at this point for coaches to expect much of a contribution from Ellis, but if he can return to the player he was a couple years ago FAU could enjoy even greater depth in the middle of the defense. 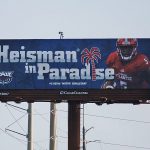