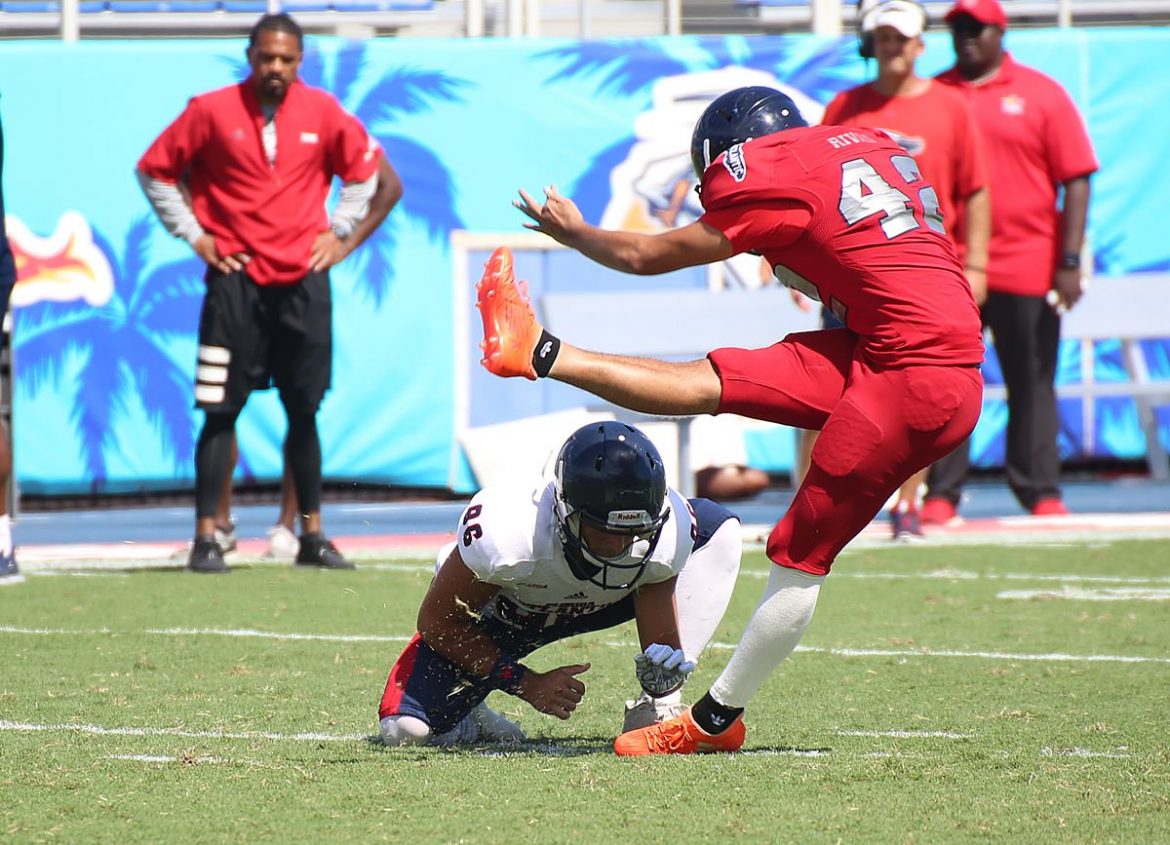 BOCA RATON – To understand the level of inconsistency FAU produced on special teams, consider that starting quarterback Chris Robison could easily have been named the unit’s MVP.

Yes, picking Robison means overlooking the accomplishments of Kerrith Whyte in the kick return game, but Robison did finish second nationally, if the minimum punts requirement is removed, in yards per punt, averaging 54.7 yards on his six boots.

Robison became a triple-threat quarterback on fourth downs, with the options of running, passing or punting. Good things happened when Robison kicked the ball, but his main concern this fall camp will be winning back the starting quarterback job.

The Owls’ biggest special teams task in fall camp will be finding a reliable kicker. In his first season, Vladi Rivas didn’t exactly inspire confidence, connecting on only 60 percent of his field goal attemps.

FAU elected not to sign a place kicker, but two new faces will be in camp looking to assume the kicking duties.

Mistakes in the kicking game cost FAU some wins last season. Simply being decent in their special teams this year could be the difference between a bowl trip or an early Christmas break.

DEPTH CHART
K
Vladi Rivas (5-10, 165, R-So.): Rivas made only 10 of his 17 attempts last season, with a long of 44. Rivas’ unreliability often prompted Lane Kiffin to go for it on fourth down despite being in field goal range more than he’d like. Replacing touchback machine Greg Joseph last season, Rivas only managed three touchbacks on kickoffs last season. Kiffin commented that he saw a more confident Rivas during the spring, but there were still plenty of misses during spring scrimmages.

Christian Hoyos (5-10, 145, Jr.): Hoyos had his share of attempts during spring practices but didn’t exactly make the most of his opportunity. If he doesn’t start quickly this spring, he’ll likely be surpassed quickly by a newcomer.

P
Sebastian Riella (5-8, 180, So.): Riella averaged a pedestrian 38.1 yards per punt last season with a long of 58 yards. He’s more of a lock than Rivas is to retain the starting spot, but that’s not really saying much.

Chris Robison (6-1, 185, R-So.): Robison showed surprising poise as a punter and gives the Owls a fun option on fourth downs. He’s not truly the back-up punter, but the Owls for the sake of both effectiveness and sheer entertainment, should employ him in a similar fashion this season.

KR1
1 Willie Wright (5-8, 155, Jr.): Wright doesn’t have a kickoff return during his career, but he does have sure hands and is elusive. He’ll be an option to open camp in what will be a month-long tryout, but is he tough enough to absorb the big hits that come with kickoff returns?

34 BJ Emmons (6-0, 230, R-Jr.): It was a little surprising to see Emmons returning kicks during the spring, but Kiffin has used big running backs in that position before. That being said, it would be hard to explain losing – or even tiring – what could be the Owl’ primary running back on kickoff returns.

KR2
23 James Pierre (6-2, 175, Jr.): Pierre averaged a little better than 20 yards on his three returns last season. He’ll get one of the first shots to return kicks this year.

22 Tyrek Tisdale (6-2, 190, R-So.): Tisdale returned five kicks for 65 yards as a true freshman, but an injury on a kickoff return ultimately shortened that season and lingered into 2018.

87 Dante Cousart (5-10, 165, Jr.): More of a punt catcher than a punt returner, Cousart averaged less than two yards on his four returns last season. His season ended prematurely with a broken leg suffered while returning a punt at Marshall. Cousart missed the spring as he recovered from surgery, but he is clear to return for fall camp.

KEY ADDITIONS
K Logan McLeod (5-10, 155, Fr.): The walk-on out of Fort Myers-Bishop Verot made 14 of his 19 attempts with a long of 49 yards as a senior. He’ll have the opportunity to unseat Rivas as the Owls’ kicker.

K Aaron Shahroari (6-2, 200, R-Fr.): Shahroari played at FCS-level Furman last season, where he redshirted. He has both kicking and punting experience. It’s unclear as to whether Shahroari is eligible to play this season.

KR Deante Nelson (6-0, 175, Fr.): The Pahokee graduate is already on campus and will have the opportunity to play as a true freshman both at wide receiver and kick returner.

KR Romain Mungrin (5-9, 160, Fr.): Listed at wide receiver on FAU’s online roster, Mungrin will actually begin his career as a cornerback. He’s already arrived on campus and will have the opportunity to compete for the kick return job during fall camp.

KR Xavier Roberts (5-9, 180, Fr.): Roberts has to arrive on campus first, and that is expected to happen on Thursday. Boasting 4.5 speed, Roberts had SEC suitors who shied away when it appeared he wouldn’t be academically eligible.

Jalen Young: Injuries as a senior prevented Young from spending too much time as a special teams returner, but he did perform well in years prior fielding punts.

BREAKOUT CANDIDATE
Deante Nelson: Really, it could be any one of a handful of incoming receivers or defensive backs. The Owls have several incoming athletes with the talent to become starting returners. We’re picking Nelson, but Roberts and Mungrin both possess excellent speed and open field elusiveness. 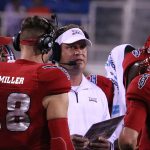